Quick, name a flower. Well, you may not have said rose, but if you were to experiment with the question you’d probably find that, of the estimated 300,000 species of plants on earth, the rose is the first flower to pop into most minds. 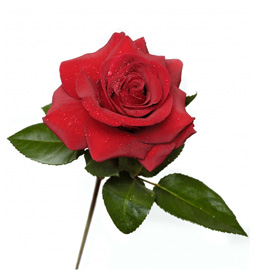 Why? It’s difficult to say. Many other flowers are larger, more colorful, more fragrant, or more valued. But no single flower is so universally known, so closely connected with the culture of many civilizations, so rich in poetic and mythological significance as the rose. Symbol of beauty, romance, love, secrecy, perfection, elegance, and life itself, the rose has figured in legend, heraldry, and religion, and has served as the favorite of poets and artists from time immemorial.

Immortalized in songs, such as The Last Rose of Summer, Sweet Rosie O’Grady, and My Wild Irish Rose,” the rose has been, and will likely forever remain, the king or queen of flowers.

The botanical family Rosaceae, which includes close to 200 species and thousands of hybrids, has flourished for millions of years. Indeed, roses have been cultivated for so long that it’s impossible to determine where or when the flower was first domesticated. The Egyptians were familiar with cultivated roses by 3000 B.C., building rose gardens in their palaces and often burying roses in their tombs. By the time of Cleopatra’s reign, the rose had replaced the lotus as Egypt’s ceremonial flower. 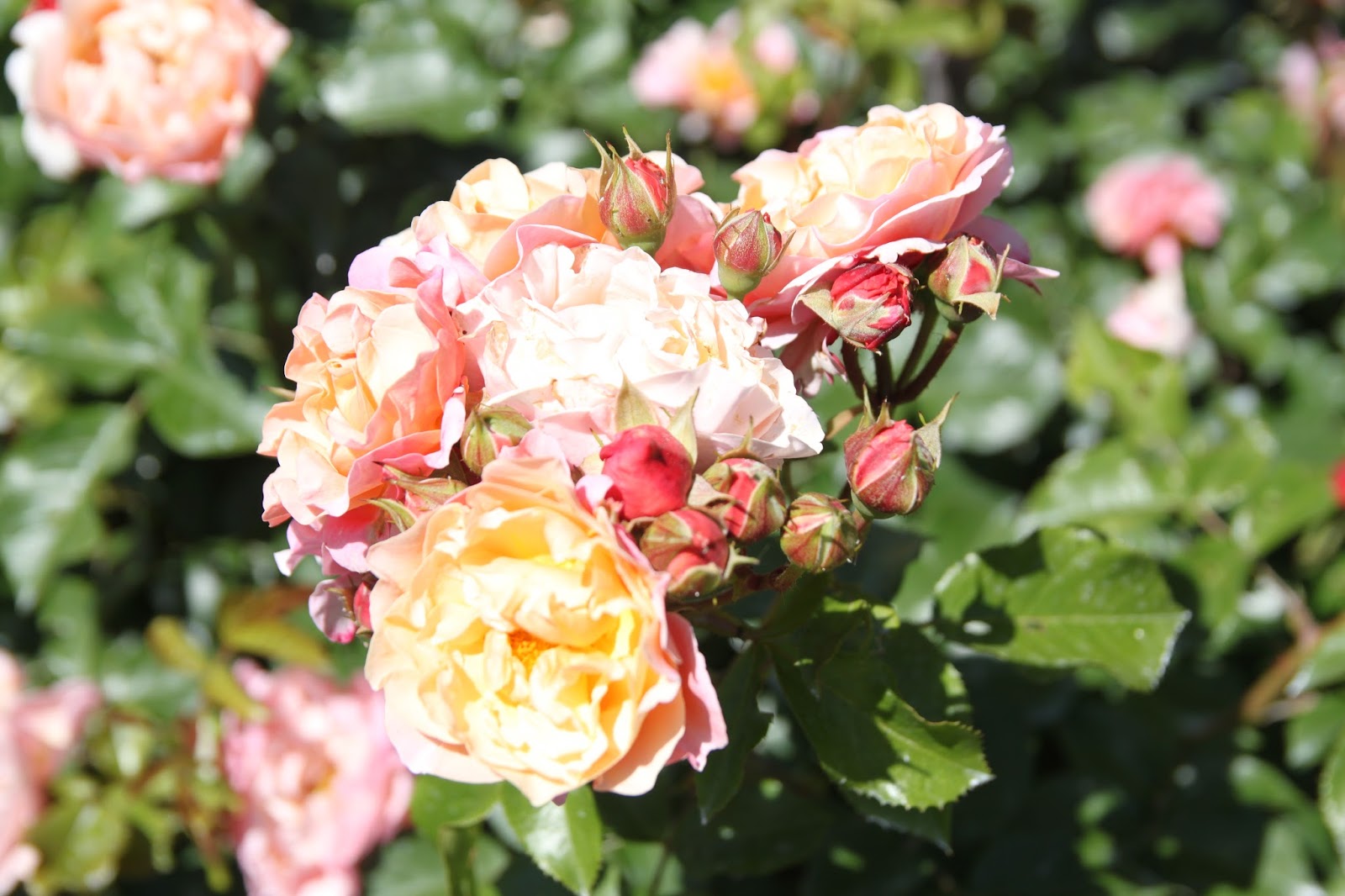 The mythologies of various ancient cultures touched on the rose. Most agreed that the flower was created when the gods were still on earth. The Greeks called the rose “the king of flowers” until the poet Sappho, in her Ode to the Rose, dubbed it the “queen of flowers” forevermore. According to the Greeks, the rose first appeared with the birth of Aphrodite, the goddess of love and beauty. When Aphrodite (in Roman mythology, Venus) first emerged from the sea, the earth produced the rose to show that it could match the gods in the creation of perfect beauty. The well-known painting by Botticelli, Birth of Venus, depicts dozens of roses in a scene of the goddess emerging from the sea.

Another myth tells of a beautiful maiden named Rhodanthe (rhodon in Greek means “rose”) who was tirelessly pursued by three suitors. To escape her pursuers, Rhodanthe fled to the temple of Artemis, where her attendants, convinced that Rhodanthe was even more beautiful than Artemis, flung a statue of the goddess from its pedestal and demanded that Rhodanthe be represented there instead. The god Apollo, angered by the insult to his twin sister, Artemis, turned Rhodanthe into a rose and her attendants into thorns. The three suitors were changed into the three courtiers of the rose: the bee, the worm, and the butterfly.

Yet another myth blames the god Eros, or Cupid, for the rose’s thorny stem. According to the tale, the god of love was enjoying the aroma of the thornless rose when he was stung by a bee lurking in the petals. To punish the flower, Cupid shot the stem full of his arrows, and the rose forever after was cursed with arrowhead-shaped thorns. Yet according to a Chinese proverb, “The rose has thorns only for those who gather it.”

According to some Biblical scholars, the Rose of Sharon was not a rose at all, but a tulip, a narcissus, or perhaps a meadow saffron.

Christian lore relates that the rose became thorny only when man had been driven from the Garden of Eden. In Paradise Lost, the poet Milton tells of “flowers of all hue, and without thorn the rose.” Legend also tells us that after betraying Christ, Judas hanged himself on a thorn tree, which then burst into bloom with roses, as a sign that Christ died for the sinner as well as for the saint.

The word rosary comes to us from the Latin rosarium, meaning a rose garden,” and later the word came to mean “a garland of roses. Christian legend tells of a monk who made a garland of 150 roses each day as an offering to the Virgin Mary. Later, the monk substituted 150 prayers for the flowers. For his piety, he was presented with a rosary of 150 beads by a “beautiful glowing woman.”

Though various mythologies have explained the origin of the rose differently, almost all ancient cultures valued the rose for its beauty and fragrance. Roman aristocrats strewed roses around their banquet halls and served a wine made from roses. Moslem monarchs in India bathed in pools with rose petals floating on top of the water. According to the Thousand and One Arabian Nights, the Caliph of Baghdad served a jam made from roses that held captive anyone who ate it.

The use of the rose as a symbol of beauty, frailty, and love is quite understandable, but the flower has also symbolized creation, secrecy, the Church, and the risen Christ. The rose windows featured in most Gothic cathedrals are thought by some to represent life and creation, or hope radiating from faith and the Church.

As a symbol of love and romance, the rose needs little introduction. As some are fond of noting, rose is an anagram of “Eros.” The French poem Romance of the Rose, one of the most popular works of the Middle Ages, uses the pursuit of the rose by a lover as an allegory for the love philosophy of the troubadors.

Robert Burns compared his “luve” to a “red, red rose, that’s newly sprung in June.” And a German custom dictated that a groom send a silver rose to his bride before the marriage ceremony, a custom that forms the basis of the plot of Richard Strauss’s opera Der Rosenkavalier.

Since classical times, the rose has been a symbol of secrecy. In sixteenth-century England, a rose was sometimes worn behind the ear by servants, tavern workers, and others to indicate that the wearer heard all and told nothing. In Germany, roses in a dining room suggested that diners could speak freely without fear that their secrets would travel beyond the room. The expression sub rosa, “under the rose,” is thought to originate in the custom of carving a rose over the door of the confessional in a Catholic church.

Exactly why the rose came to be a symbol of secrecy is open to speculation. Perhaps the unopened rosebud suggests beauty or truth hidden by the closed petals. In any case, medieval alchemists used the rose as a symbol of the need for secrecy in their art, and as a representation of certain highly guarded scientific principles important in their work. The secret society of the Rosicrucians, from “red cross”, used a cross with a red rose as their symbol.

In medieval England, many families employed a representation of the rose in their coat of arms: the red rose of Lancaster and the white rose of York are two well-known examples. During the fifteenth century, these two houses fought for control of the English crown in a struggle that came to be known as the War of the Roses.

Some historians have claimed that the name of the conflict originated not in the emblems of the two houses, but in the names of two London taverns, the White Rose and the Red Rose, where partisans of each side met in secret. In his dramatic chronicles of the war, Shakespeare offers another explanation. At one point in Henry VI (Part I), the Duke of York challenges his future foes in a rose garden with these words:

Let him that is a true-born gentleman,
And stands upon the honor of his birth,
If he suppose that I have pleaded truth,
From off this briar pluck a white rose with me.

Let him that is no coward nor flatterer,
But dare maintain the party of the truth,
Pluck a red rose from off this thorn with me.

Curiously, during a key battle of the War of Roses, the Lancastrian forces mistook the star symbol of an ally for the “rose-and-sun” of their enemy, and set upon them in error, costing their side the victory. The house of Tudor, which took over the English crown after the war, shrewdly combined both red and white roses in its emblem.

The rose has, of course, proved useful in more ways than the symbolic. Rose water was first distilled around the time of the Crusades. When the Moslem leader Saladin retook Jerusalem from the Crusaders, he refused to enter a mosque until all the walls and the objects had been purified with rose water. Over fifty camels were required to transport the aromatic cargo from Baghdad to Jerusalem.

Rose oil, used in perfumes and lotions, likewise originated in the Near East, and did not appear in Europe until 1612. A seventeenth-century German book lists thirty-three diseases that supposedly can be cured by rose water or oil.

During the eighteenth century, rose petals occasionally were included in English salads, and essence of roses was used to flavor ice cream.

Today, roses are grown extensively in many parts of the world, especially in France, India, and the Balkans, and attar of roses is used in perfumes, cosmetics, and flavoring syrups. Rose hips, the fruits of the rose plant, are used to make tea, or as a source of Vitamin C.

The Empress Josephine of France, the wife of Napoleon, put the rose to a more singular use. Josephine built a huge rose garden at her estate at Malmaison, with over 250 varieties of the flower flourishing, every variety known at the time. The Empress often carried in hand a Malmaison rose that she could raise to her lips when smiling, since she was particularly sensitive about her imperfect teeth.

The rose has been cultivated and hybridized for so long that there are, strictly speaking, no species of purely wild rose left on earth. The flowers extant today range in size from just half an inch in diameter to varieties that spread to more than seven inches. Colors range from white through yellow, pink, red, and maroon.

Some roses smell like, well, roses, while others suggest green tea, hay, or various spices. Biologically, the rose’s fragrance is quite important, since roses normally do not secrete nectar and depend mostly on aroma and color to attract pollinating insects.

There are about thirty-five species of rose thought to be native hybrids of North America. Various roses are the state flowers of Iowa, North Dakota, and New York. While the Greeks and Romans named their roses after gods, and the English after court figures, in America the preference is for descriptive or geographical names, such as the pasture, the prairie, the smooth, the prickly, or the California rose. The Chinese, meanwhile, have long used metaphoric names for the flower. The names of some Chinese rose varieties translate as After Rain, Clear Shining, Tiny Jade Shoulders, and Three Rays of Dawn.

Speaking of poetic descriptions, the prominent metaphoric use of the rose through the ages has left us with a considerable body of “rosy” verse. Robert Herrick wrote Gather ye rosebuds while ye may, William Blake gave us The Sick Rose, and W.B. Yates, The Rose of the World. But surely the simplest observation concerning the queen of flowers came from the pen of Gertrude Stein, whose poem, Sacred Emily includes the line “Rose is a rose is a rose is a rose.”