How are Eggs Graded and How many Different Types of Eggs are there according to the USDA?

To earn a grade of AA, an egg must have an air cell within the wide end that is less than an eighth of an inch (3 millimeters) deep; a shell that is well shaped and clean, with very few ridges or rough spots; and when the egg is broken onto a flat surface, a yolk that stands up high and dome-like in the center of a clear, thick, and firm white.

Grades A and B fit these criteria slightly less rigorously. They may not look as pretty when fried or poached, because the yolks may be a bit flat and the whites a bit more runny, but they are perfectly fine for uses in which they won’t be served whole. 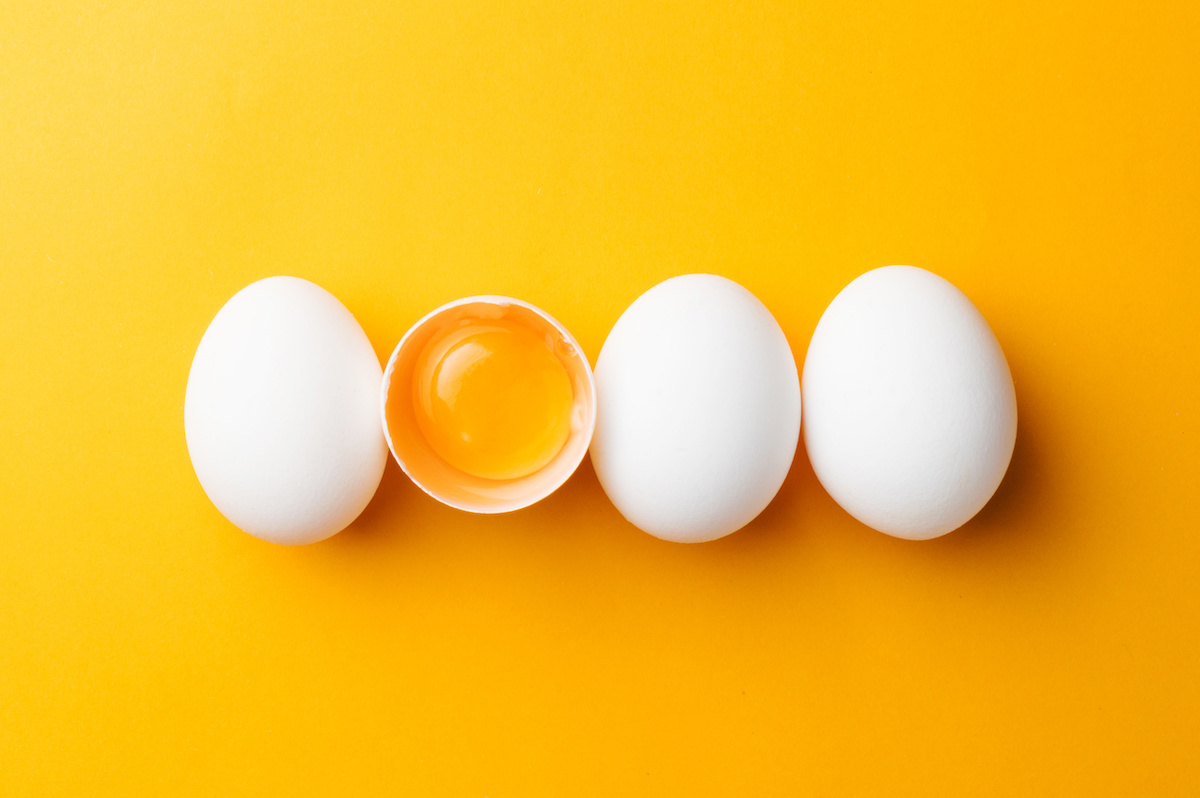 Submitting eggs for federal grading, however, is optional for the producers (the human ones, that is, not the hens). Eggs sold in cartons without the USDA shield will have been graded according to state laws, which vary all over the lot.

If you find some eggs in a carton that don’t appear to be the same size, curb your suspicions. The USDA determines their average size by the weight of a whole dozen. The standard egg sizes are jumbo, extra-large, large, medium, small, and peewee. By the dozen, they weigh 30, 27, 24, 21, 18, and 15 ounces, respectively.

But are they fresh? Like so many other things we’d rather not think about, an egg’s yolk tends to sag with age. Its white thins (like our hair) and grows cloudy (like our eyes), while its air cell increases in size (like . . . well, you know). But we don’t know that until we’ve bought and broken the eggs.

Cartons of eggs from USDA-inspected plants and from most state-regulated plants must display the date on which the eggs were packed, which is almost always the same day they were laid. Although not required to by law, the packer or the supermarket chain may also choose to specify a “sell by” date, not to exceed thirty days from packing.

Eggs should be stored on an inside shelf of your refrigerator, not in those cute little depressions in the door rack. Refrigerator engineers apparently consider the rack an efficient use of space, but it’s a poor preserver of eggs because of its higher and varying temperature. Refrigerated eggs will keep, with slightly deteriorating flavor and texture, for four to five weeks beyond the packing date.

Keep them in their cartons to protect them from refrigerator odors; eggshells are porous and can absorb unpleasant smells. Most commercial eggs, however, have been coated with a thin film of oil to seal the pores and extend their shelf life by reducing moisture loss and preventing bacteria from invading the shell.