You are here: Home / People / How Big Were Fred Astaire’s Feet and Why Did Fred Astaire Look Tall On Screen? 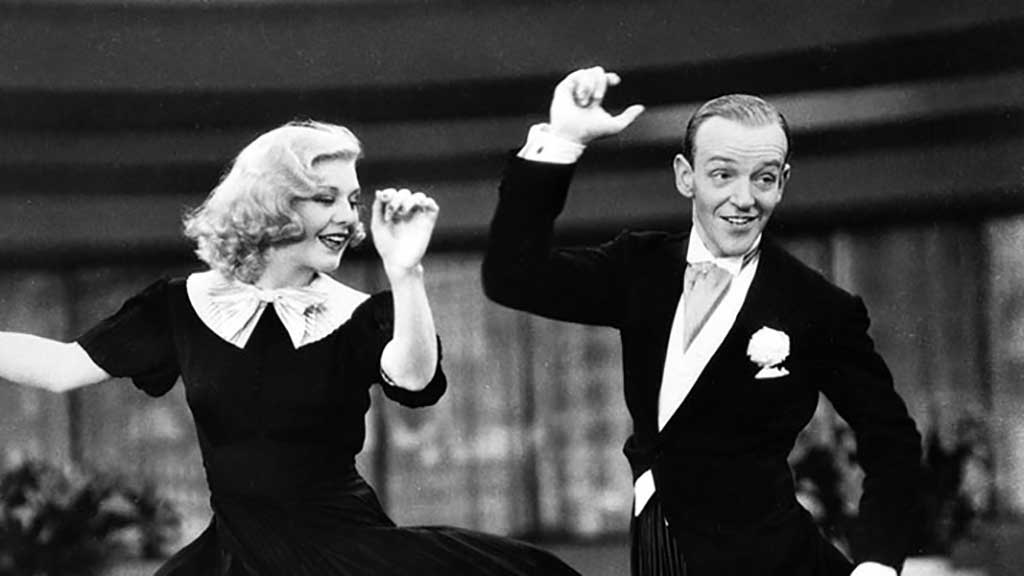 His height, however, sometimes caused problems. He looks tall on screen because he was very thin and angular.

In reality, however, he was quite short, 5′ 8″, and sometimes needed his dancing partners to take off their high heels for dialogue scenes.

Ginger Rogers, at 5′ 5″, was shorter than Astaire, but in order for Astaire to appear much taller, she would lower her heels.

Ann Miller, at 5′ 7″, danced in ballet slippers so that she wouldn’t tower above him.

Astaire is rumored to have also been uncomfortable with the size of his hands.

They apparently looked so large and his fingers so long that he kept them turned sideways to the camera or audience so they could see only their edges.

Watch for it the next time you see an Astaire film.

Previous Post: « How Many Nicknames Did Alfred Hitchcock Have and What Was Hitchcock’s Nickname For Himself?
Next Post: Where Did the Nike Name Come From and How Did the Nike Logo Originate? »