How can you tell how far away a lightning strike is?

The speed of light is a lot faster than the speed of sound, about a million times faster, so lightning can often be seen before thunder is heard.

Next time you’re in a storm, wait until lightning flashes, then begin timing the seconds until you hear thunder. Divide the number by five, and that’s about how many miles the storm is from you.

Be aware, though, that if you can hear the thunder, the storm is close enough to be dangerous, so don’t hang around looking skyward with a stopwatch in hand. 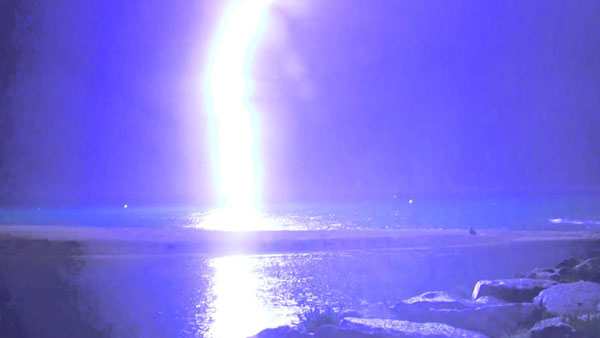 If the thunder crashes as lightning flashes, take heed the storm is directly on top of you. Our advice would be to get indoors as fast as your can if you’re stuck outside.