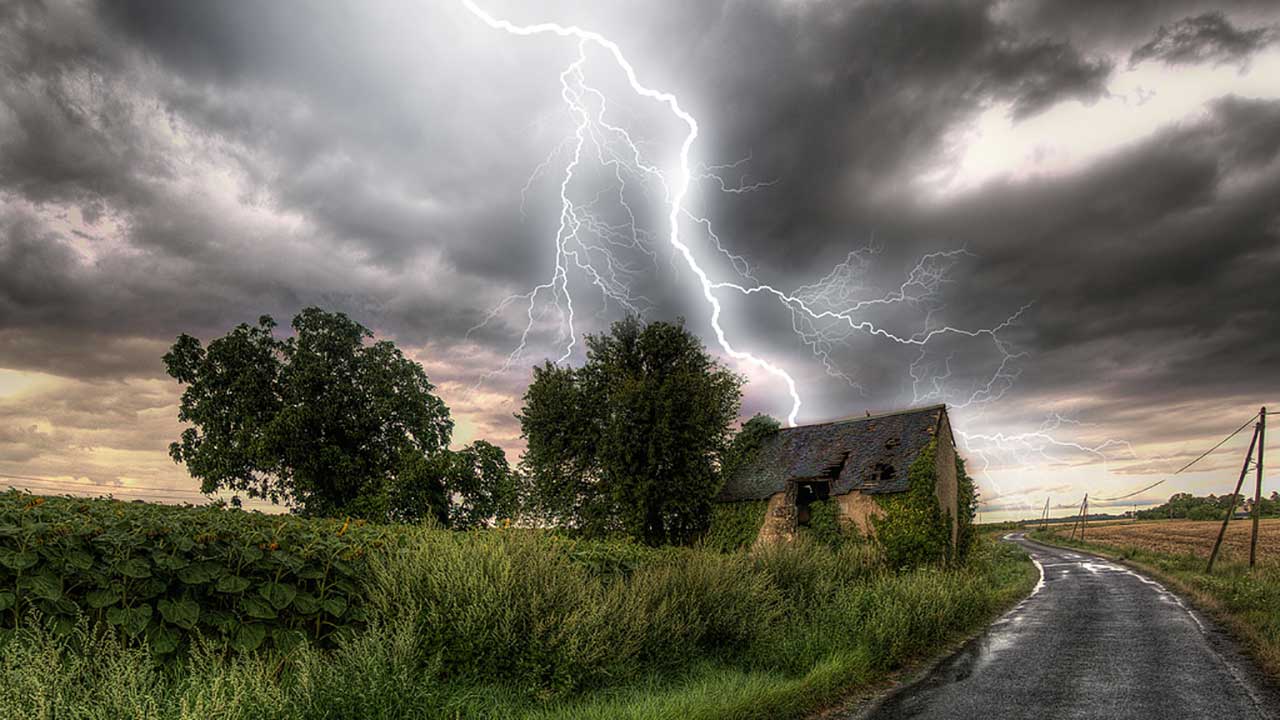 Lightning is a discharge of electricity in the atmosphere accompanied by thunder.

It usually occurs during thunderstorms, but can sometimes occur during volcanic eruptions or dust storms.

Lightning can be hot enough to fuse silica sand into glass channels known as fulgurites which are normally hollow and can extend some distance into the ground.

An irrational fear of lightning, and thunder, is called astraphobia.

NASA scientists have found that electromagnetic radiation created by lightning in clouds only a few miles high can create a “safe zone” in the Van Allen radiation belts that surround the earth.