When Rome invaded Syracuse in 213 B.C., Archimedes was 72 years old but his mechanical genius was needed to save the city.

The weapons he invented to defend the island from the Roman invasion were amazing.

He used his knowledge of levers to design catapults, devices that hurled spears and stones with force over great distances toward an enemy, larger and more deadly than any built before. 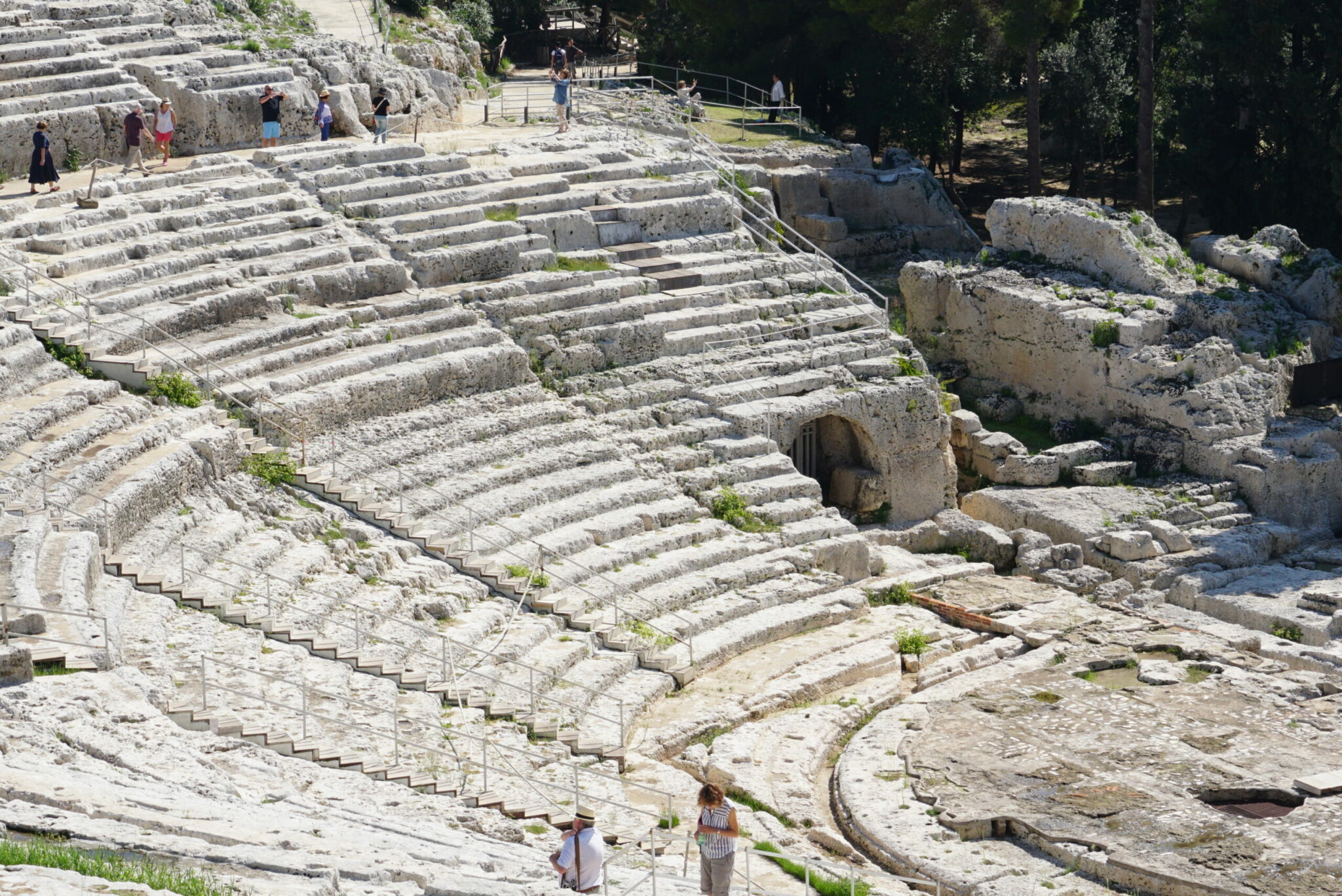 The catapults could hurl immense stones at the ships and sink them with a single blow.

Ancient writers said Archimedes also had huge curved mirrors set up on the walls of the city. As the Roman ships approached, the mirrors were positioned to reflect and focus the Sun’s rays directly onto the sails.

According to the writers, the sails would burst into flames and the ships would sink, but this story may be more legendary than factual.

Archimedes’ most frightening weapons of all were probably the huge claw-shaped beams that jutted out from the city’s walls.

These “claws” were supported by so much counterweight on the interior side of the walls that they could be used to pick up the ships and drop them onto the cliffs and rocks near shore. Many Romans began to think there was a supernatural force behind the walls of Syracuse.

A woodcut from the 1500s showed how Archimedes used mirrors to defend the city of Syracuse in Sicily from the invading Romans in 213 B.C.

Even though the Roman general had given orders not to harm him, Archimedes was killed in the siege.