How did architects and engineers decide how tall to make the Empire State Building?

On October 1, 1929, a wrecking crew of 700 arrived at the stately Waldorf-Astoria Hotel to begin demolition of what had been a fashionable center of New York social life for 36 years.

On this site, imbued with tradition, several leaders of big business would build the tallest skyscraper to date, one surpassing others in beauty as well as height, one that would meet the demands of all who occupied it, or so the entrepreneurs claimed.

In the forefront of the enterprise was John J. Raskob, a principal in General Motors, who early realized the site would become a thriving business center. He was joined by Pierre S. du Pont, president of E. I. du Pont de Nemours, Louis G. Kaufman, and Ellis P. Earle. To assume prominence in the public eye, they selected the charismatic Alfred E. Smith, ex-Governor of New York, as president of Empire State, Inc. 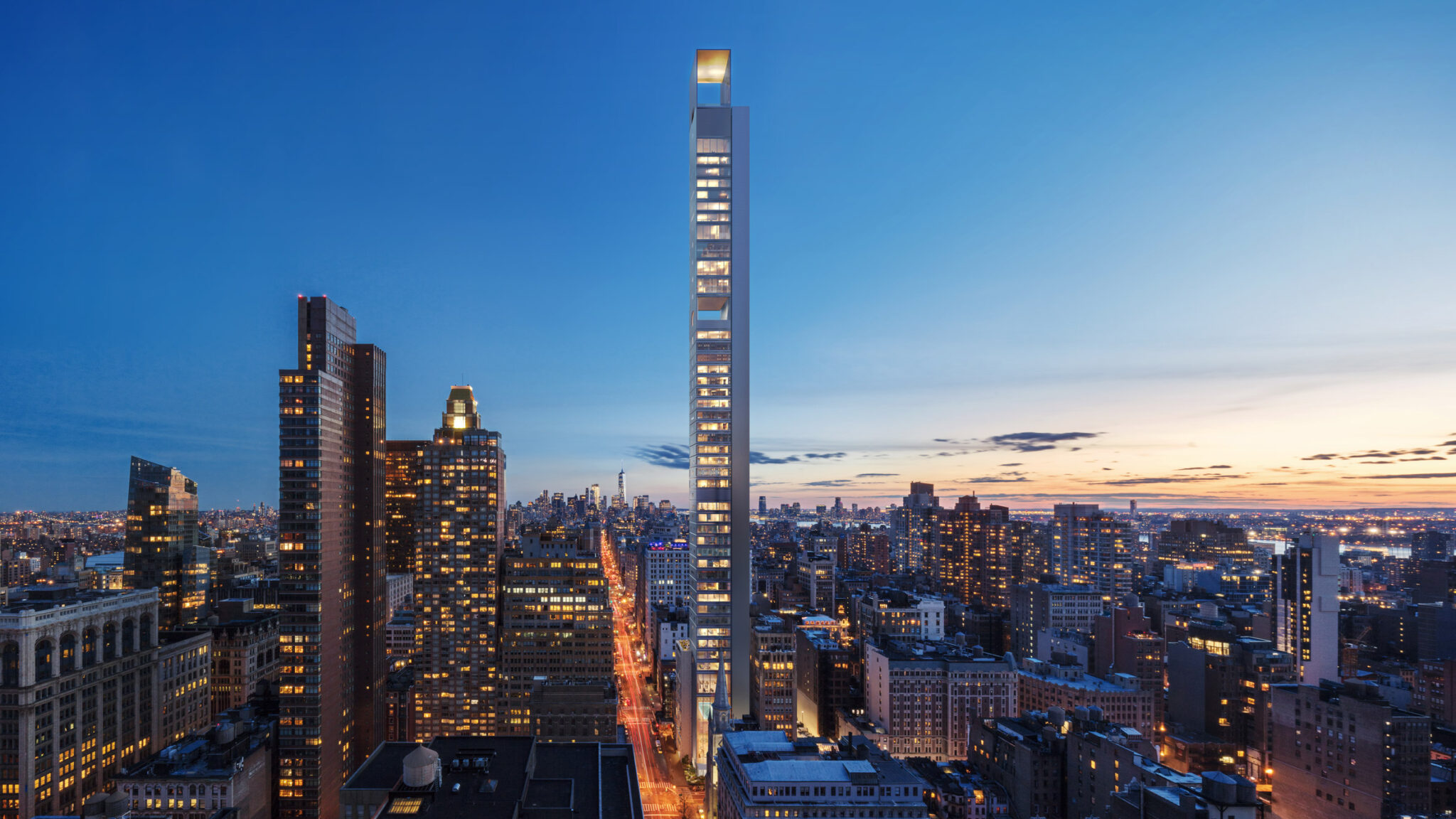 Initially, Raskob thought of building a relatively low, stocky structure of only 30 stories. But like many others, he became enthralled with the race toward the skies that New York had witnessed over the previous 20 years.

The Metropolitan Life Insurance Company’s tower, at 700 feet, held the record until Frank Woolworth, angered by Metropolitan’s refusal to give him a loan, in 1913 bested the building by nearly 100 feet with his cathedral on City Hall Park. During the 1920s the Bank of Manhattan leaped ahead, rising to 927 feet, and the Chrysler Building opened in 1930 with a surprise finish: a secret spire rose from within the building to a height of 1,046 feet.

In 1929 John Raskob met with architect William F. Lamb of Shreve, Lamb, and Harmon. According to Hamilton Weber, rental agent for the new building, “John J. finally reached into a drawer and pulled out one of those big fat pencils schoolchildren liked to use. He held it up and he said to Bill Lamb: ‘Bill, how high can you make it so that it won’t fall down?” Eighty stories was the reply, duly announced to the public that summer, enough stories to make it the tallest building in the world.

Other considerations heavily influenced the size and appearance of the building. Its mass was dictated by its budget; weighing the extent of the investment against cost per cubic foot, the corporation arrived at a total size of 36 million cubic feet.

Total construction costs, cut severely by the Depression, came to only $24.7 million. The design, too, was limited. New York’s strict zoning laws required that tall buildings get narrower as they rose.

Only a quarter of the proposed building, which would stand on a site of two acres, could rise to any substantial height. Time was a factor as well. The entrepreneurs insisted the building be completed by April 1931, a mere year after construction began, because May 1 was the date many office leases expired in the city. Amazingly enough, this demand was met, with thousands of workers putting in a total of 7 million man-hours of labor. Elevators were a factor in the height, particularly since the much narrower upper floors offered limited space for the large number of elevator banks required.

These structures were juggled around, analyzed by experts, and eventually incorporated into the design of William Lamb, who went back to the drawing board some 15 times before everyone was satisfied. Furthermore, as they watched the Chrysler Building go up, the builders realized even 80 stories wouldn’t do, so they upped the figure to 86.

Still, Raskob was nervous. His building would have a slender margin of only four feet over the Chrysler building. “What (it) needs is a hat!” exclaimed Raskob, and he concocted the bizarre plan of erecting a huge mast to crown the building and serve as a mooring for dirigibles.

“The directors of the Empire State, Inc.,” announced Smith, “believe that in a comparatively short time the Zeppelin airships will establish trans-Atlantic, trans-continental and trans-Pacific lines, and possibly a route to South America from the port of New York. Building with an eye to the future, it has been determined to erect this mooring tower to land people directly on Thirty-fourth Street and Fifth Avenue after their ocean trip, seven minutes after the airship connects with the mast.”

Thus a 200-foot mast was constructed and, in September 1931, a Navy blimp attempted to dock. A violent updraft caused some problems, however, tilting the blimp and upsetting its water ballast, which poured down on unwitting pedestrians blocks away.

The mast idea was discarded, and the mooring grew fatter and became a tower. Its principal purpose was eventually realized, though, for the building now soared to a dizzying height of 1,250 feet, well beyond any other on Manhattan’s crowded skyline.

A television tower erected in 1950 added yet another 222 feet, and the building enjoyed 39 years as the world’s tallest.