How did assassins kill Leon Trotsky in 1940 and Why?

The first attack came on May 24, 1940. Leon Trotsky, the powerful revolutionary and political strategist, Lenin’s comrade and appointed successor, had been living in exile for 11 years.

Though his health was failing, he continued to work feverishly from behind the high walls of his villa in Coyoacan, Mexico, writing and plotting worldwide revolution. At 4 A.M. his wife Natalie tried urgently to wake him; he was dazed from a sleeping powder taken the night before.

Within seconds the two were on the floor, pressed tightly against the wall, as a stream of bullets tore up their bed. In the doorway were silhouettes of helmeted figures with Thompson submachine guns firing wildly throughout the room, echoing shots from the room of Trotsky’s grandson. 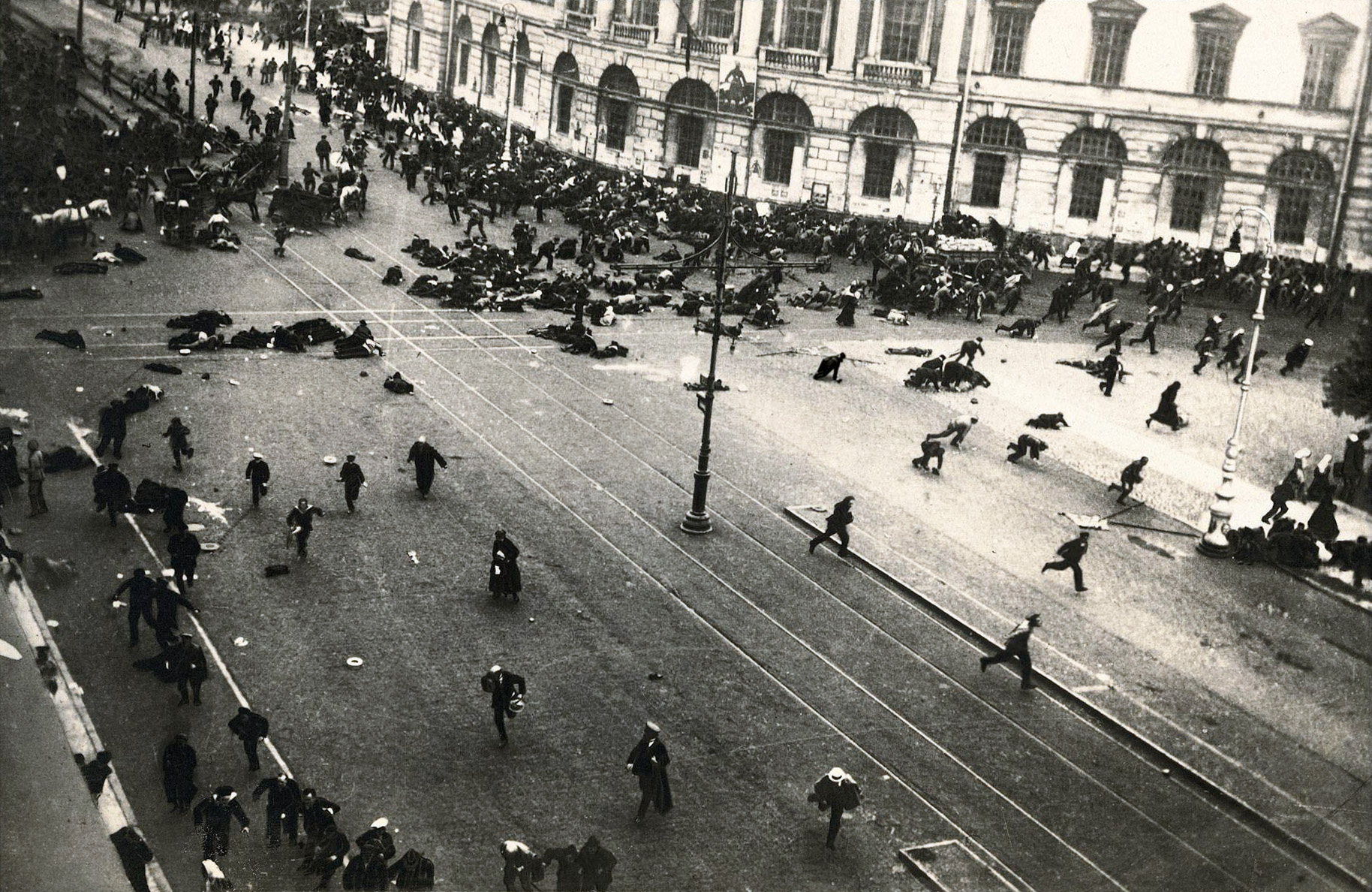 The raiders hastily departed, leaving the three, miraculously, with only minor wounds. An immediate search revealed a time bomb loaded with three pounds of dynamite, which had failed to go off, several Mausers, an iron bar, scores of submachine-gun cartridges, and assorted clothing, all left behind by the ould-be assassins.

For some time the Mexican Presidential Police ma ntained that Trotsky must have rigged the entire scene, since i was so unlikely he and his wife could have escaped the rain of 00 bullets. Nevertheless, the police chief asked Trotsky who he thought was responsible. With uncanny calm and drama, Trotsky led the chief into his garden and whispered in his ear, “Joseph Stalin!”, his avowed enemy, the man who had outmaneuvered Trotsky in the succession to Lenin.

In the following days, security was tightened. The number of police stationed around Trotsky’s villa was increased from 5 to 15, in addition to the 4 young American Trotskyites who stood guard. Steel shutters were attached to the windows, the doors lined with steel, the roof reinforced with concrete.

All of this was noted with considerable interest by one Jacson-Mornard, a young man seen frequently around the fortress, known only as the lover of Sylvia Ageloff, one of Trotsky’s secretaries. He approved of the defensive measures, Mornard told Trotsky and his guards, adding, “Of course, in the next attack the GPU (Soviet political police) will use other methods.”

The mysterious suitor managed to insinuate his way into the house and Trotsky’s presence more than once. Politely offering to take some American Trotskyites on a sight-seeing tour, he deliberately swerved on a precipitous mountain road, nearly making a violent end to their plans. The handful of delegates from Minneapolis were meeting with Trotsky to discuss nothing less than a revolution in America, to be launched in their hometown. Mornard heard a great deal.

On August 20, 1940, a blazing summer day, Mornard drove up to the fortress and parked his Buick facing Mexico City, rather than facing the wall as was customary. Three of the guards (who failed to notice the difference) were busily installing a siren on the watchtower as Mornard blithely waved to them, indicating he was there to see Sylvia.

They let him through the steel doors, where he passed the fourth guard without the slightest questioning. Inside, Natalie greeted the young man, commenting immediately upon the overcoat and hat Mornard carried over his left arm, clutched tightly to his body, despite the heat. Mornard insisted it was going to rain. After chatting idly with Trotsky for a few minutes in the garden, the two men retired to Trotsky’s study to discuss an article that Mornard was writing. Trotsky was not at all interested, having seen a first draft in his study with Mornard present two days before, but for some reason he acquiesced to the young man’s wishes.

Jacson-Mornard, wretchedly pale and obviously overwrought, laid his coat over Trotsky’s desk, carefully obstructing the switch that activated an alarm system. Within moments he seized his weapon. The coat hid a dagger, a revolver, and an ice pick, and Mornard lighted upon the last, for silence was essential. He leaped at Trotsky, foolishly striking with the broader end of the instrument.

Although he succeeded in plunging the ice pick several inches into the side of Trotsky’s head, his victim retaliated. As the two wrestled, Trotsky’s glasses were smashed. Finally, he let out a blood-chilling scream that brought the guards and Natalie on the run. The guards grappled with Mornard, grabbing his revolver and pinning him to the ground. Trotsky meanwhile staggered outside and collapsed on the patio, blood pouring from his wound, as Natalie tried to comfort him. After about ten minutes, Mornard was again struggling and Trotsky, still lucid and surprisingly calm, ordered that he not be shot since he must talk.

Due to the confusion and the length of time it took to subdue Mornard, some 30 minutes passed before a doctor appeared, directly followed by an ambulance. By the time Trotsky reached the hospital he was in a coma. An extensive trepanning operation on his skull proved useless, and Trotsky died at 7:25 P. M. the following day. His ashes were buried in the garden of his Mexican fortress. A legacy of 20 books survives for the Western world, but in the Soviet Union his name has been obliterated, his deeds and ambitions dropped from the annals of history.

It was years before the true identity of the assassin was revealed; his motives remain obscure to this day. For six hours every day for six months, a team of psychologists questioned Jacson-Mornard in prison in Mexico City. Their exhaustive dossiers, amounting to over 1,000 pages, revealed nothing conclusive.

A long letter found on his person, dated the day of the murder, strove to justify the act as the outrage and vengeance of a former Trotskyite, severely disillusioned by the opportunistic, selfish motives he saw in the leader. The letter even dragged Sylvia into the picture, asserting that since Trotsky disapproved of her, its author was carrying out the deed for her as well, thus sacrificing himself for his love.

Police and psychologists quickly ascertained that the letter was the work of many. And as Robert Payne suggests in his biography of Trotsky, the letter makes some sense only if one considers its mirror image—that is, the Trotsky in the letter actually stands for the powerful GPU agents, who made Mornard their tool, who were themselves corrupt and self-serving, and who undoubtedly disapproved of Sylvia.

Jacson-Mornard, who persisted in baffling everyone, was sentenced in 1943 to 20 years in prison. Seven years later one of the psychologists, Dr. Alfonso Quiroz Cuaron, traveled to Spain with a set of Mornard’s fingerprints, and at last the Madrid police solved the mystery.

The assassin was Jaime Ramon Mercader del Rio, arrested as a communist organizer in 1935. Pardoned a year later, Mercader became a lieutenant in the Republican Army, from which he was recruited by the Soviet general Kotov. While Mercader was trained by Soviet intelligence to work with the GPU, his mother, a wild, suicidal woman prone to ranting about communism, became the lover of General Kotov. Soon Mercader was traveling the world with a fake Canadian passport, for the glory of Stalin and the GPU.

Ramon Mercader was released from prison in 1960. He was given a diplomatic passport with the name Jacques Vandendreschd and swiftly whisked away behind the Iron Curtain. Flown first to Havana, then to Prague, never again seen in the West, he remains a shadowy and rather pathetic figure, whose entire story is yet to be unraveled.