Legend has it that whenever the French-speaking Mary, Queen of Scots, wasn’t feeling well, she would insist on a medicinal concoction made with boiled oranges. 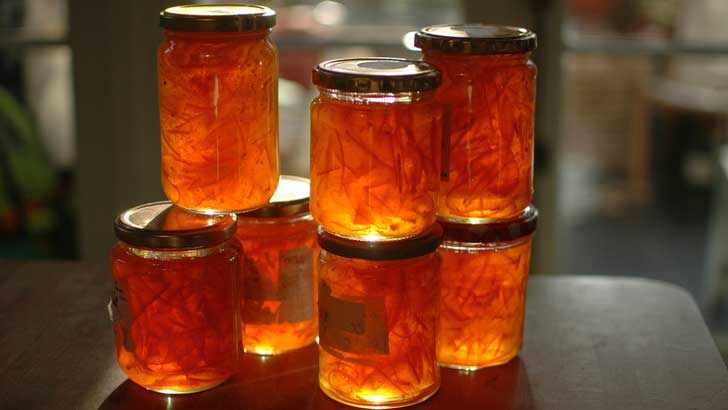 The orders the kitchen received were that Marie was malade, which is French for “sick,” leading to “Marie malade,” or marmalade.

This, of course, is untrue.

Marmalade is from the Portuguese word for the orange jam, which is marmeladn, and it was popular long before the Scottish queen was born.