Where does the word “marmalade” come from and What does marmalade mean?

In theory, at least, this delicacy should always be made of or contain quince, for such is implied by the name.

Or to be even more exact, if the fruit were available, it should be a “honey-apple,” which was anciently obtained through grafting some kind of apple upon the quince stalk.

The Greek name for the resulting fruit was melimelon, literally “honey-apple.” It was known in Latin as melimelum. From the latter the Portuguese name for “quince” became marmelo, and the preserve made from it they called marmelado. 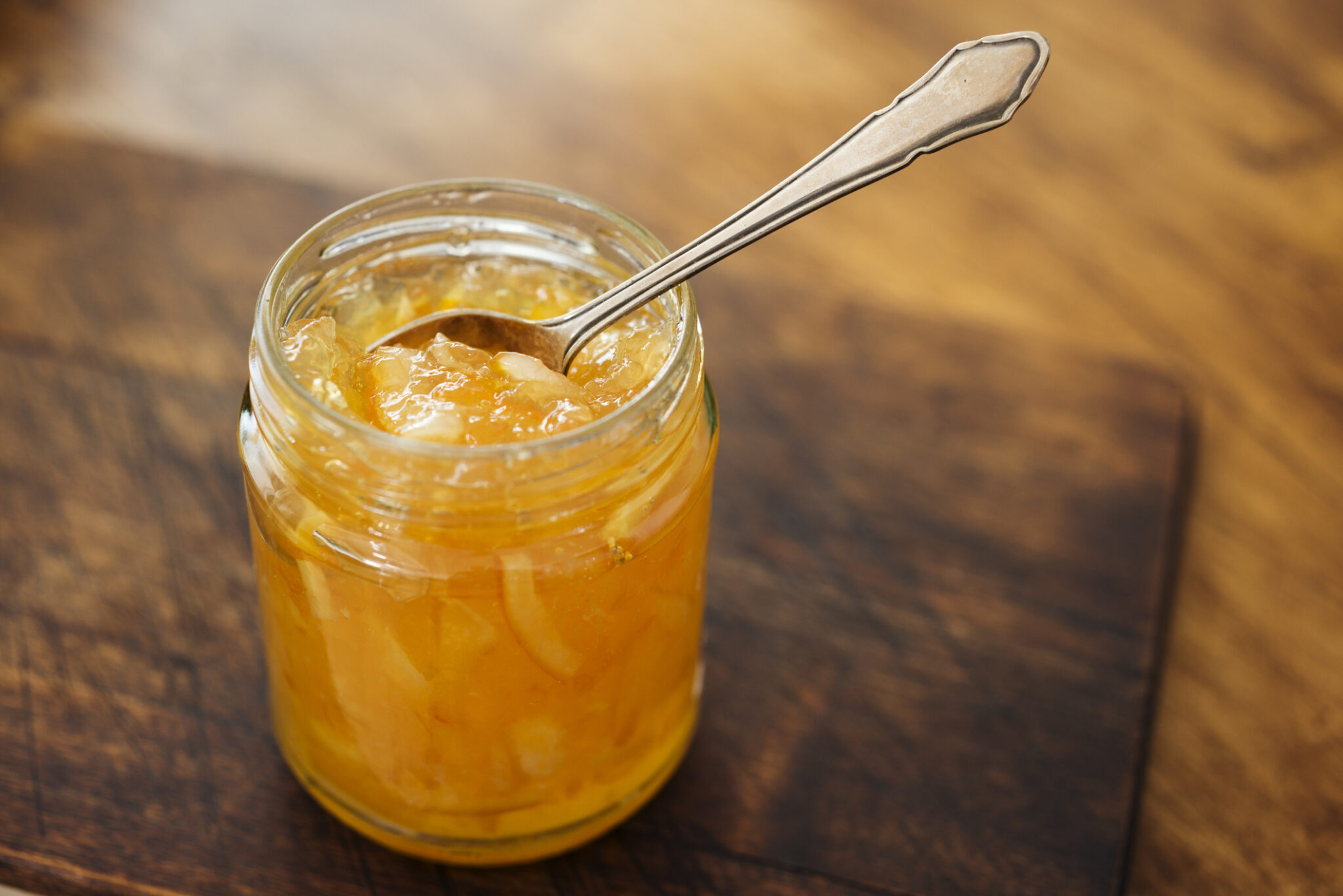 English housewives later discovered that other fruits, especially the orange, could be used for making a similar preserve, and this, regardless of the inherent meaning of the word, they proceeded to call by the already familiar term marmalade.