What is a Fruit, What does the word Fruit mean in Latin, and Where do Fruits come from?

In metaphor, we speak of an action that produces positive or profitable results as being “fruitful” or “bearing fruit,” while an unsuccessful endeavor is said to be “fruitless.”

What is it that so fascinates us about fruits? 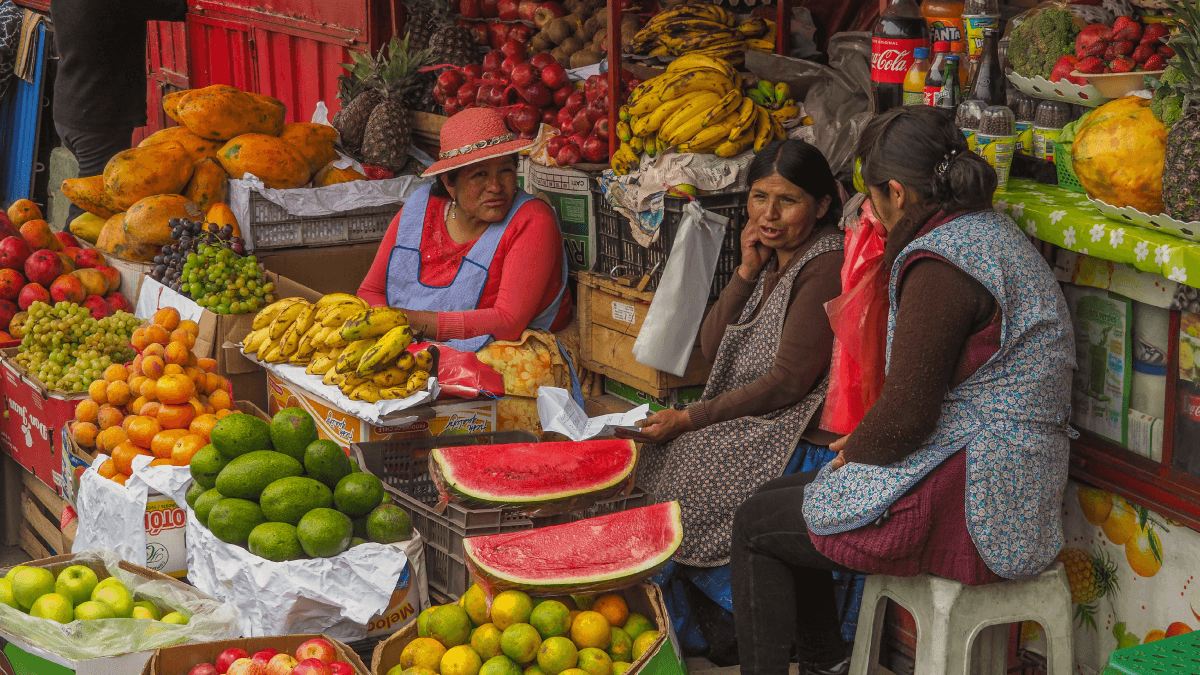 The word itself comes from the Latin fructus, meaning enjoyment, an apparent allusion to the sweetness of a ripe fruit. Besides honey, no other source of sweetness was known outside of Asia and the South Pacific islands, where sugar cane originated, until post-biblical times.

There may be a deeper reason for the allure of fruits. Botany defines a fruit as the mature ovary of a flowering plant, its purpose being to contain, to nurture, and ultimately to disperse the plant’s seeds. The fruit is thus the ultimate goal of the plant’s existence, a tangible expression of its intent to procreate. A fruit is a symbol of life, hope, and aspiration.

But what, really, is a fruit? That’s not an easy question to answer. Classifying the structural parts of the 270,000 known plant species into a small number of categories is a daunting task. But with their penchant for classifying things according to subtleties of form and function, most botanists divide fruits into three basic types, depending on how the flower’s ovary develops into the fruit: simple fruits, aggregate fruits, and multiple fruits. Other classifications do exist. If you ask any two botanists, you may well hear three different classification schemes. However, we’ll stick to triaging our fruits into simple, aggregate, and multiple. And don’t be surprised at seeing some foods that you never thought of as fruits at all, or even some whose classification as fruits might seem a bit nutty. All nuts are fruits, and so are peanuts, although they’re not nuts.

• A simple fruit develops from a single ovary of a single flower, and may be either fleshy or dry.

Among the fleshy simple fruits are the so-called berries and the drupes. The berries include the avocado, bell pepper, blueberry, grape, grapefruit, orange, and even the tomato and banana. (Yes, according to botanists, bananas are berries. Bananaberry pie, anyone?) The drupes, in which the inner layer (the endocarp) of the ovary’s wall (the pericarp) has hardened into a pit or stone, are also known as stone fruits. They include the apricot, cherry, coconut, olive, peach, plum, and even the cacao pods from which we remove the seeds to make chocolate.

Among the dry simple fruits are the legumes (beans, peas, peanuts), the nuts (acorns, hazelnuts, walnuts), and the grains (corn, rice, wheat). Yes, grains are fruits. But they play such a central role in the human diet.

• An aggregate fruit, such as the blackberry or the raspberry, develops from a single flower with many ovaries, making a mass of small drupes resembling a tight bunch of tiny grapes. (Botanically speaking, blackberries and raspberries are not berries like, for example, bananas.)

• A multiple fruit, such as the pineapple, develops from the ovaries of many flowers growing in a cluster.

But where, oh where, is your favorite and mine, the strawberry? And where is that doctor-deterring apple? By now you will accept calmly the statement that strawberries are not berries. Nor are they simple, aggregate, or multiple fruits. They, along with the so-called pomes (apples and pears), are accessory fruits, fruits that develop from parts of the plant other than the ovary. Happily, we shall not attempt to describe their botanical configurations.