How did Razor Clams get their name and Why do Clams have a Foot?

Razor clams are quite good to eat, breaded and fried, or made into fritters. They’re harder to find here in the States than in many European countries.

They didn’t get their name because their shells are sharp (which they are), but because the shells are shaped like an old-fashioned, curved-handled straight razor: two long, curved shells hinged together along the outer curve and with open ends through which the clam can poke out and do everything clams need to do.

Folklore has it that Native American men used to shave with the sharpened shells of a different species of clam, the quahog (Mercenaria mercenaria). The smooth, pearly lining (the nacre) of these clam shells often has beautiful purple patches, which were carved into tubular beads and used as wampum (money) in trade with Dutch and English settlers. 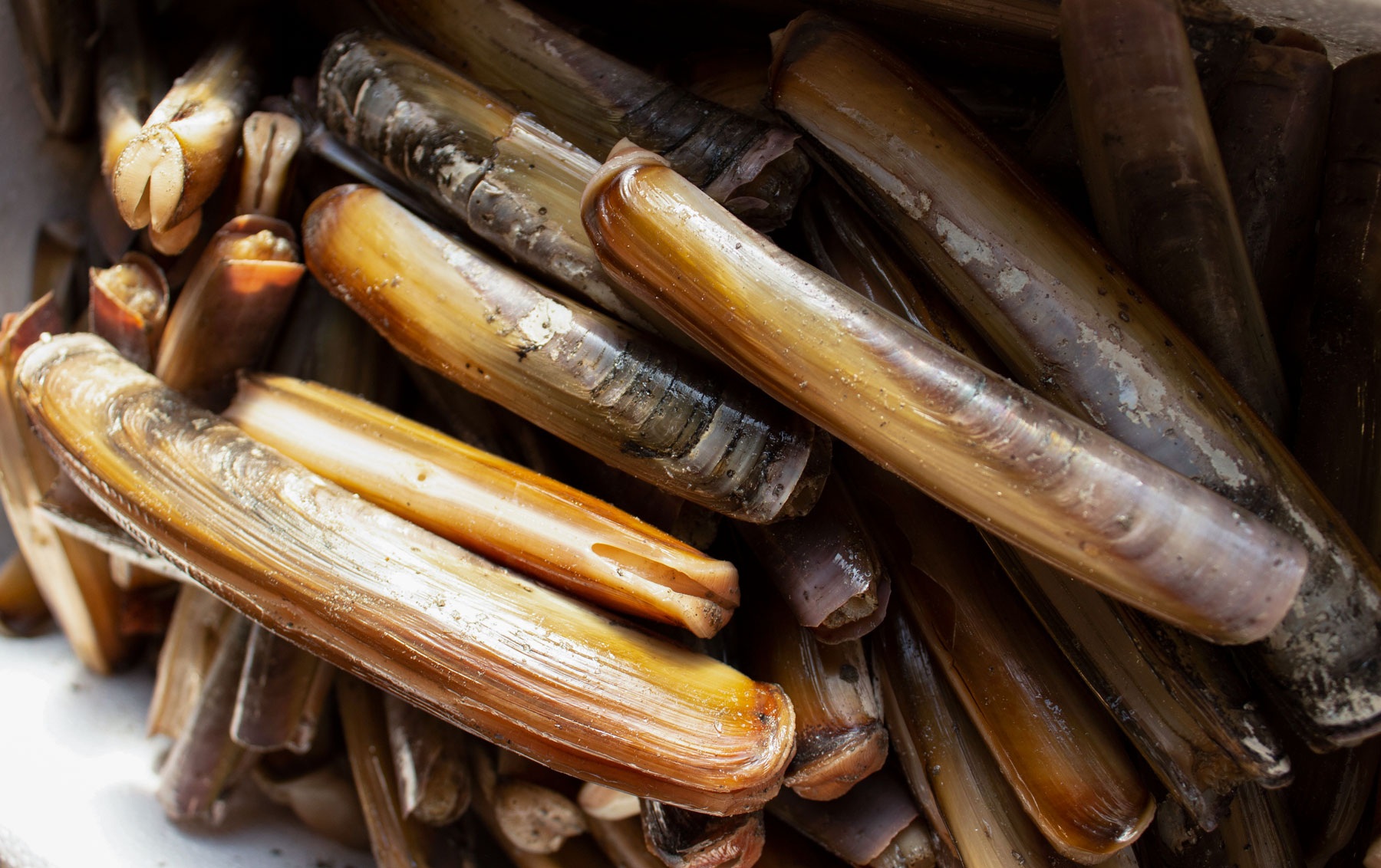 The information in the preceding paragraph has nothing to do with razor clams and I provide it at no additional charge.

In the United States, the common East Coast razor clam (Ennis directus) can be found up to 10 inches long. The Pacific Coast razor clam (Siliqua patula) is shorter and stubbier. Both kinds spend their lives in the sand or sandy mud around the low-tide zone of shallow bays, standing vertically with their foot pointing downward and their, well, other end (they have no head) pointing upward. Both ends protrude from the open-ended, tubular shell, so razor clams don’t keep very well and must be cooked alive and fresh.

As in all clams, the “foot” isn’t meant for walking; it’s for digging. By extending its foot (sometimes called its digger) down into the mud, then thickening it at the bottom and trying to retract it up into the shell, the clam hauls itself downward in a perfect application of Newton’s Third Law: For every upward pull there’s a downward push (not Sir Isaac’s exact words).

But just try to grab one and pull it out. The little devils can dig down faster than you can follow, and they can hold on so tightly that even if you do grab one, you may well break its fragile shell in the struggle to pull it from the mud. That’s why you will find razor clams only very rarely at your local fishmonger’s. It’s a shame, because they are so good to eat.

On the other hand, my respects go out to any delicious species that has outwitted our attempts to decimate its population.