The American wildflower Jack-in-the-Pulpit, growing only in marshy woodlands, is unknown in some parts of the country.

To anyone who has seen it in springtime, the cause of the name is obvious.

The upright sturdy spadix or flower spike stands under a protecting canopy or spathe, vividly resembling a priest at his pulpit with sounding board curved above him. 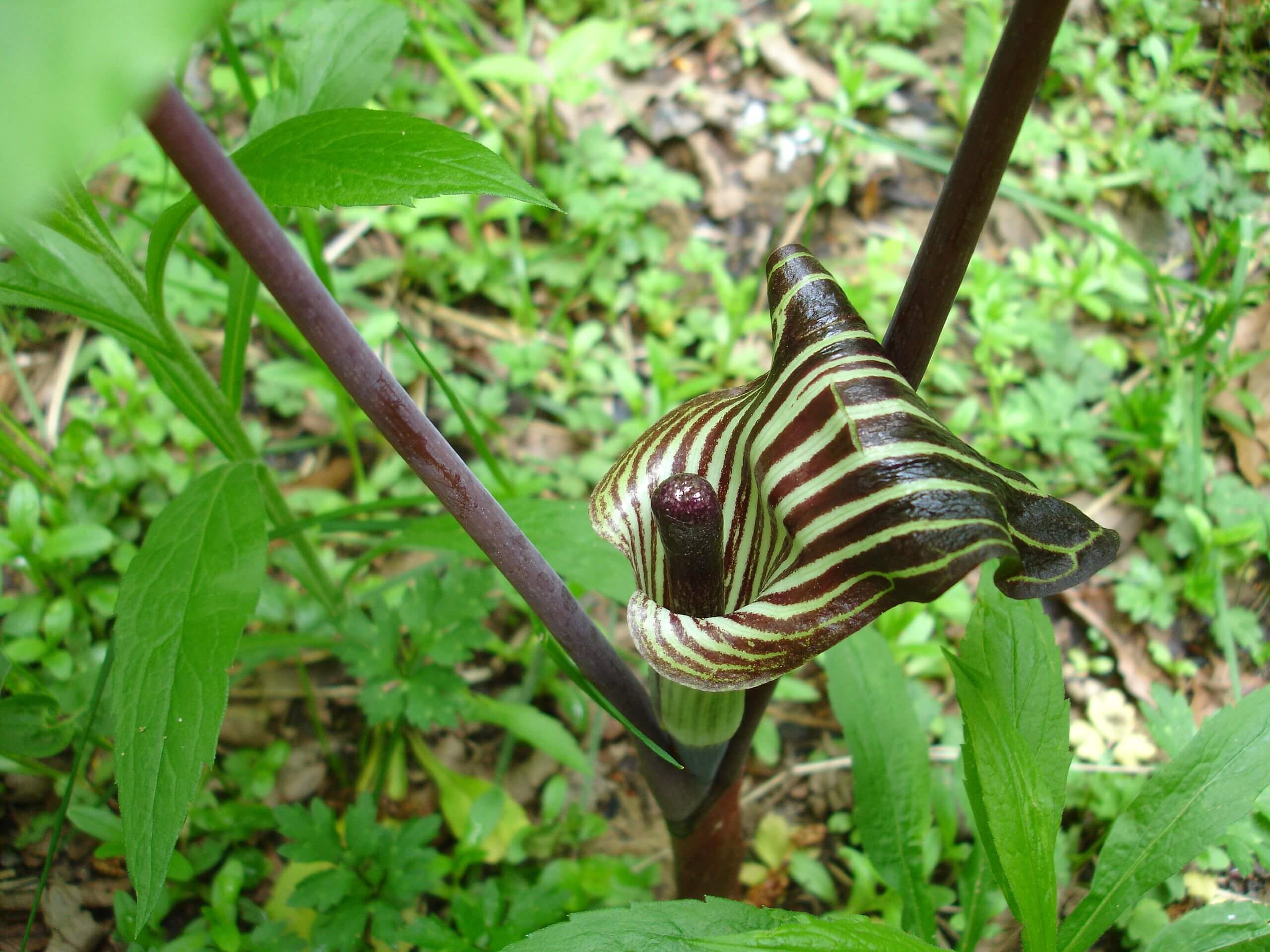 The plant is also called Indian turnip, but woe betide the unfortunate lad whose mates beguile him into being misled by the name.

The tuber, edible when properly cooked, is burningly pungent when eaten raw, the effect lingering for hours.