How did the practice of bound feet originate in ancient China and when did the Chinese stop practicing the custom?

The story is somewhat based on speculation, as no known origin exists for the practice of binding women’s feet in ancient China.

But some historians believe the following version to be the most plausible.

There was once a prince who lived about 1,000 years ago. His name was Prince Li Yu, and he ruled one of the Ten Kingdoms of China. He had many wives and concubines, but his favorite was a dancer that he named Precious Thing. 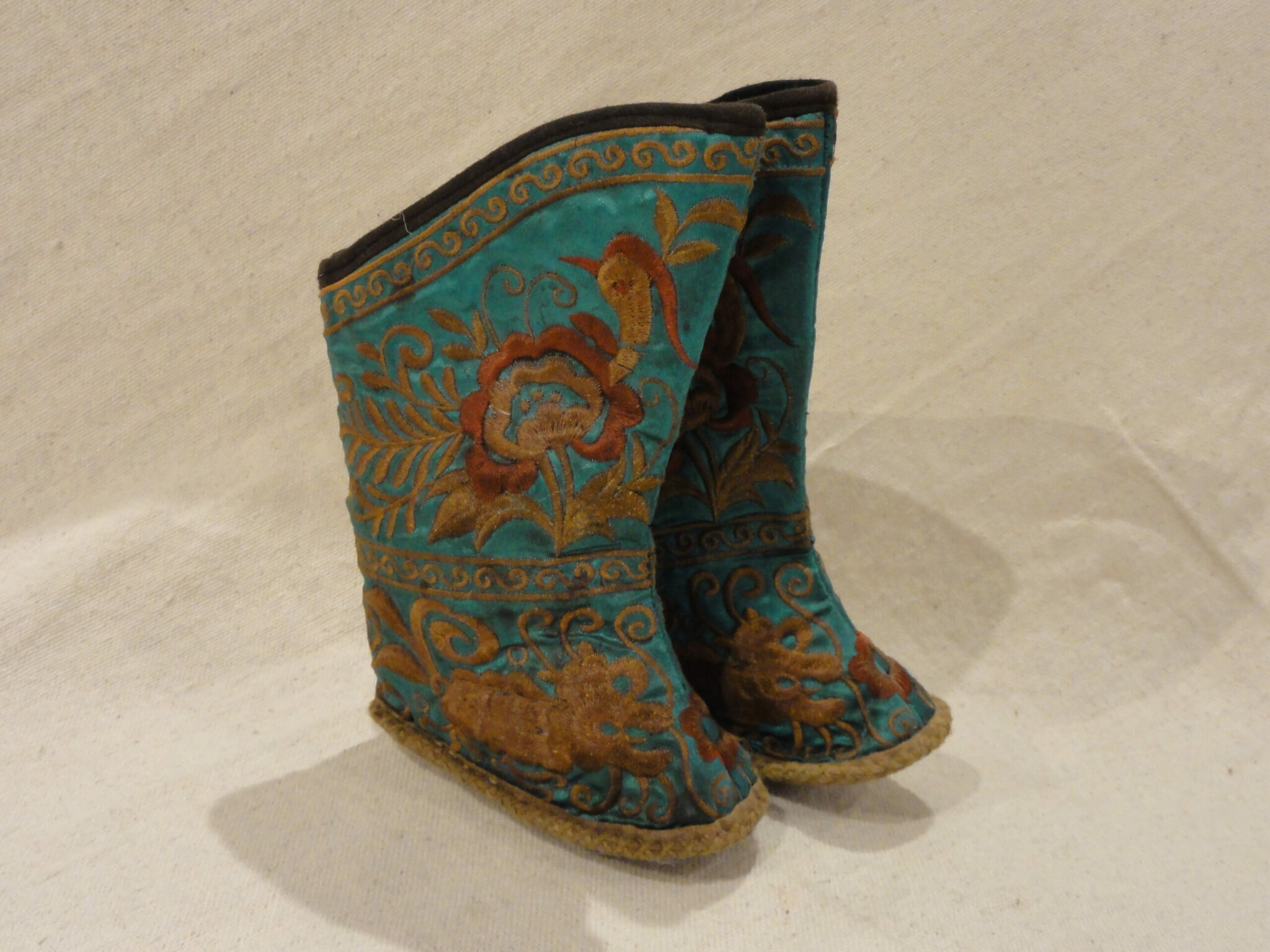 She danced for him on a lotus-shaped platform. She also danced inside a six-foot-tall lotus flower made of gold. She laced her feet and calves in silk ribbons to make her dance more seductive. Prince Li Yu loved her very much and approved of this type of dancing, which is similar to what the western world would call en pointe ballet dancing.

It’s believed by some that this was a trend-setting moment in Chinese history; that dancers began to misshape their feet to achieve this look, instead of simply dancing on one’s toes while wearing hard-toed shoes.

All but the first toe were pulled underneath the foot, while bindings forced the heel and the ball of the foot as close together as possible, completely breaking the arch.

Within fancy, silk-embroideried shoes, the deformity made women’s feet look tiny, as if they were walking on dainty little points. They were dainty, for the few steps they could manage taking, anyway.

From dancers to the nobility, and finally working its way down to the lowest of the socioeconomic classes, the crippling trend was inextricable from Chinese culture by the 17th century.

It took the Communist Revolution in the mid-20th century to eventually eradicate the practice entirely.

Now women can grow their feet as big as they want to. Sexy.