General Sir Samuel James Browne was a British army officer of the nineteenth century who was born, and later served, in India.

It may be presumed that some time during his career he became annoyed at the drag of his sword on his belt, which most certainly caused the belt to go askew, marring his smart military appearance.

If the general had smallish hips, the weight of the sword may even have tended to pull his belt down over his posterior. 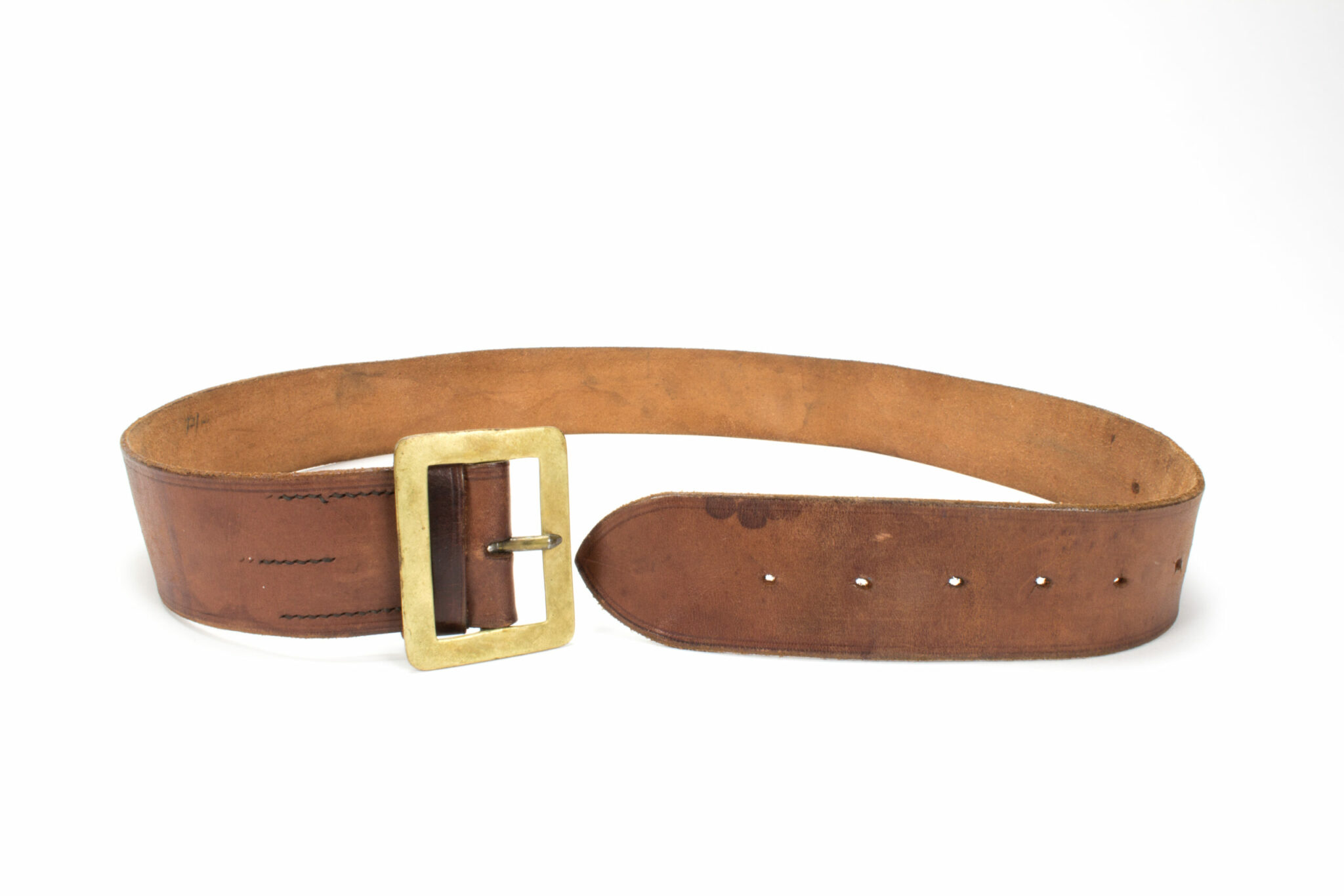 In any event, it was General Browne who attached an auxiliary strap to his belt, passing it over his right shoulder (the sword being hung on the left side), thus supporting the sword and permitting the general to maintain his poise.

The military belt with strap over the shoulder is still known by the name of its inventor, Sam Browne.