How did the Steam Hammer Work and What was it Used For?

The steam hammer was essentially a power hammer, as used today to shape forgings, but it was driven by a steam engine.

It comprised a hammer-like piston within a cylinder positioned vertically in an iron frame. The central hammer piston was driven upwards by injecting high-pressure steam into the cylinder’s base, which was supplied by an adjacent coal boiler.

Once the hammer had been raised, the metal that needed forging was placed underneath on an iron bed. The steam at the bottom of the cylinder was then ejected rapidly via a condenser, creating a vacuum that, combined with gravity, caused the hammer to drop quickly onto the metal, shaping it as desired. 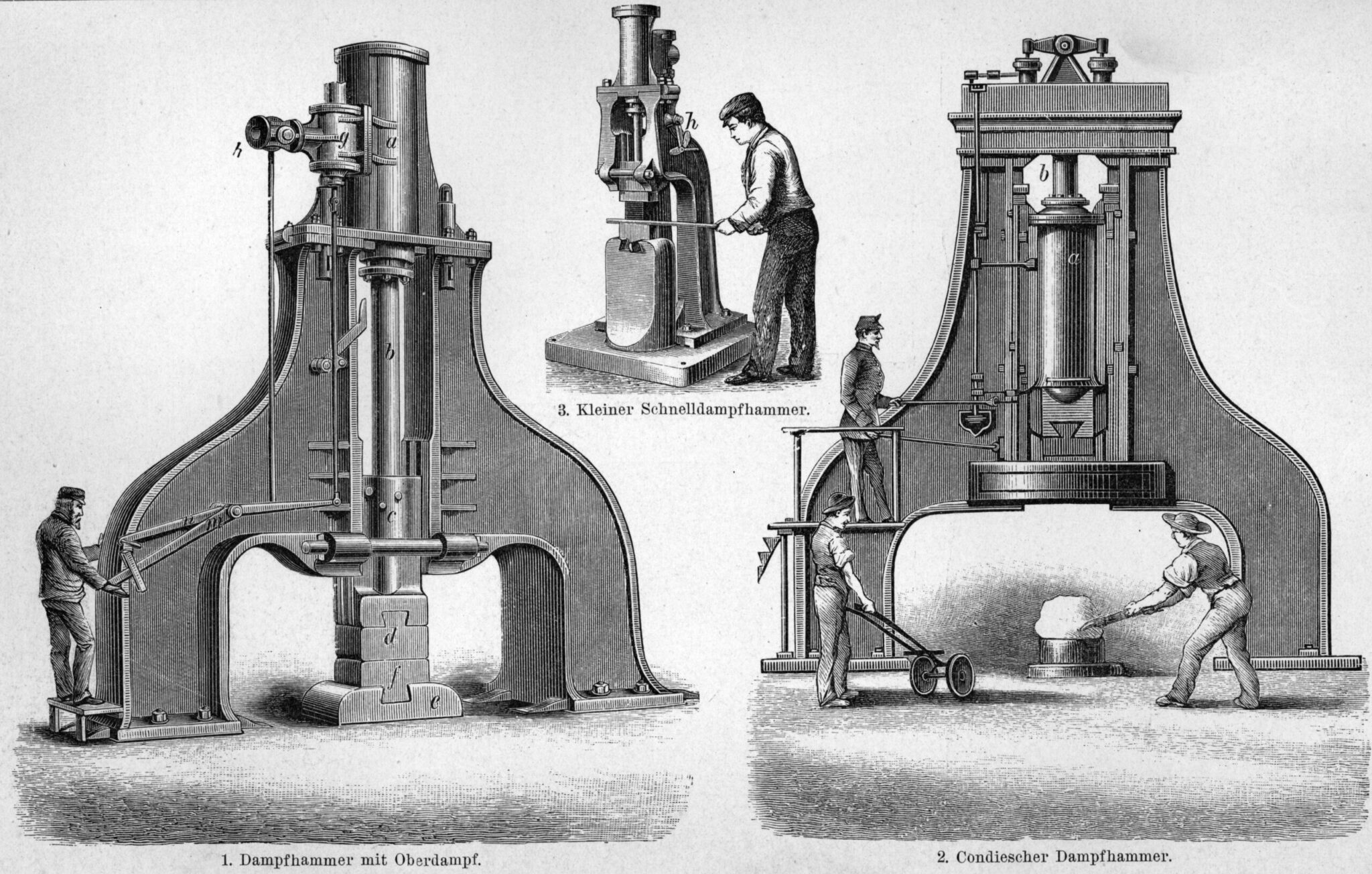 Later, the drop speed of the hammer was further increased by injecting high-pressure steam into the top of the cylinder at the same time. Despite its simple operation, the steam hammer gained huge traction in the metalworking industry, allowing machines to build other machines, structures and components at great speed.

In addition, the technology of the steam hammer also saw application in a range of other mechanized tools including the first automatic pile-driver, a piece of engineering that reduced the time it took to install piles from several hours to just minutes.