Because bats like to roost in dark caves and come out at night, they are greatly feared and misunderstood animals. The bat that is probably feared the most is the so-called vampire bat, which is native to South and Central America. 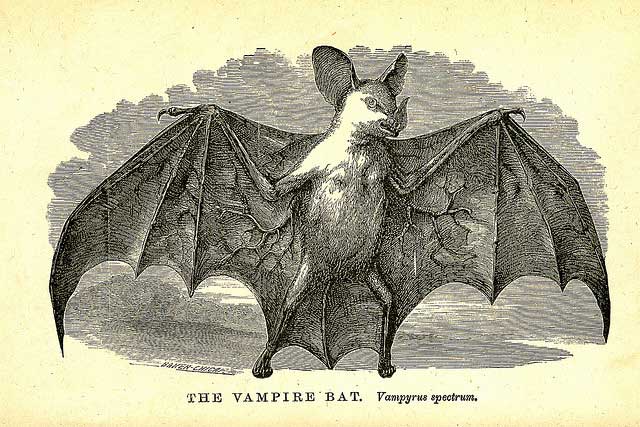 This bat is only three inches long, but it feeds on the blood of larger warm-blooded animals such as goats, chickens, cattle, and sometimes humans. The bat’s worst feature is that it is a transmitter of diseases such as rabies.

The legend of the vampire, which is the soul of a dead person who stalks the country looking for a victim from which to suck blood, existed in Europe long before the blood-sucking South American vampire bat was known to those people. In the 1700s, explorers to South and Central America related stories about bats that sucked blood. These stories became exaggerated, and it was then that all vampires became thought of as bats.

There are 2,000 varieties of bats, and most of them eat insects!

1 thought on “How Did the Vampire Bat Get Its Name?”