How did the wishbone get its name and Where does the word “wishbone” come from?

The little innocent game was probably known to Shakespeare, that where two people break the fork-shaped breastbone of a fowl while making a wish.

And, of course, it was the act of wishing upon a bone that resulted in this name for, in technical language, the bone known as the furcula.

But the name wishbone seems to be an Americanism, and it dates only about to the middle of the nineteenth century. 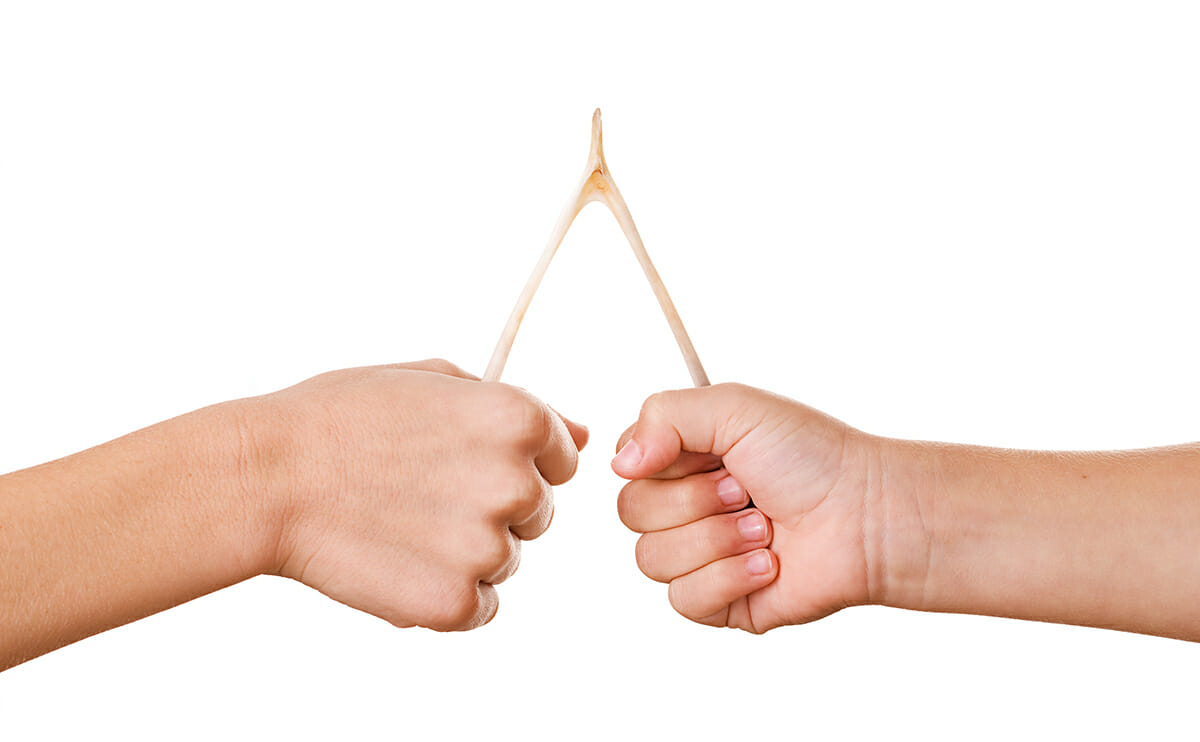 The much older British name is merrythought, undoubtedly because of the merry thoughts that take place during the wishing game, especially if the two people playing are of opposite sexes.

Incidentally, the technical name, furcula, is the dimunitive of the Latin furca, “a two-pronged fork.”