How did the word “hangnail” originate and What does hangnail mean?

Here is an instance of a word being formed first, through mispronunciation, and a meaning then devised which would account for the word.

Anciently the English word on which “hangnail” was based was angmegl, which then meant “a painful corn or wart on the foot.”

It was literally, “a painful nail,” because at that time megl or “nail” meant not only the ordinary metal nail with rounded head, but anything that resembled it, such as a corn or any other hard, rounded growth upon the skin, as well as a fingernail or toenail. 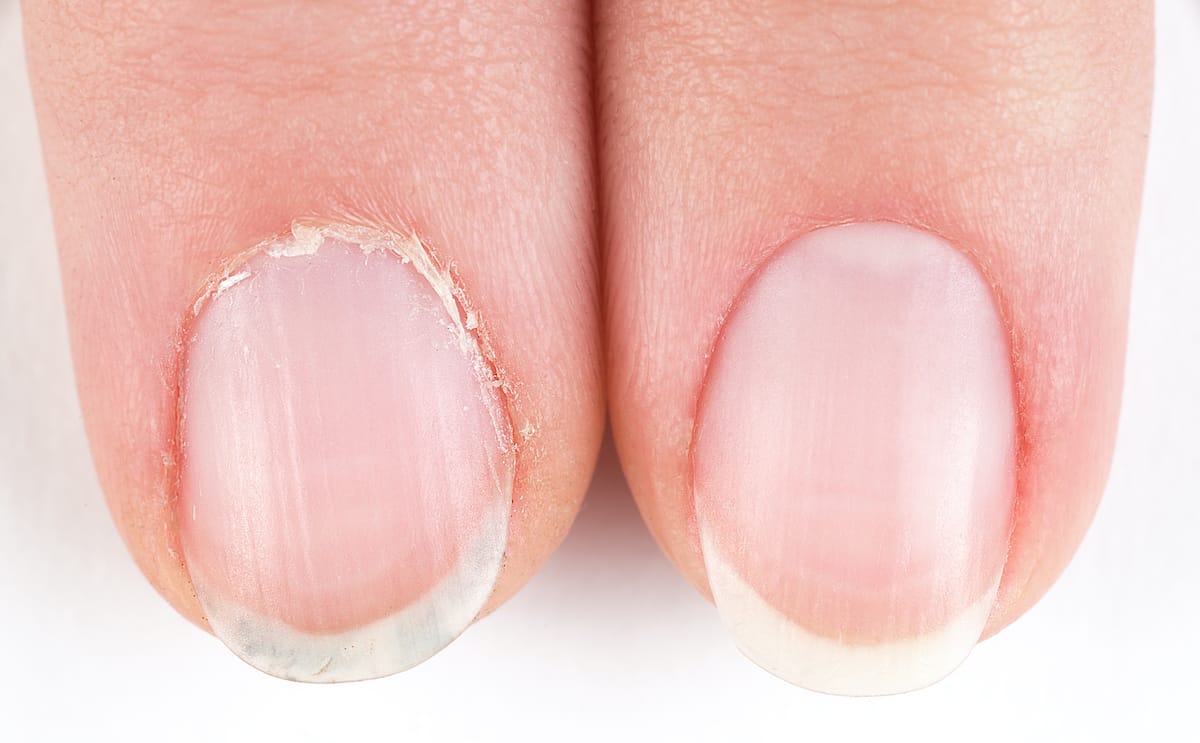 But the spelling gradually became agnail, and its meaning was enlarged to include a whitlow, or painful swelling about a fingernail or toenail. In British dialects, however, the older pronunciation still lingered, “angnail.”

Then, like many another English word, an “h” was added and a new word was born, hangnail. This required explanation; so hangnail became a term for the small strip of skin that occasionally breaks away or “hangs” from the epidermis covering the root of a fingernail.

Agnail was then reserved for the older meaning for a while, but then it embraced the new meaning also, although hangnail is the more usual term.