How Do Black Jeans Make a Big Butt Look Smaller and Why Do Black Clothes Make Fat People Look Thinner?

Your butt does look smaller when you dress in black, at least if viewed from behind.

The reason is that we can perceive shapes only if what we see appears in different shades or colors. If you wore white trousers the shape of your behind could be inferred from the slight shadows cast by its contour.

In black clothing, the shadows are invisible and the shape appears flat. 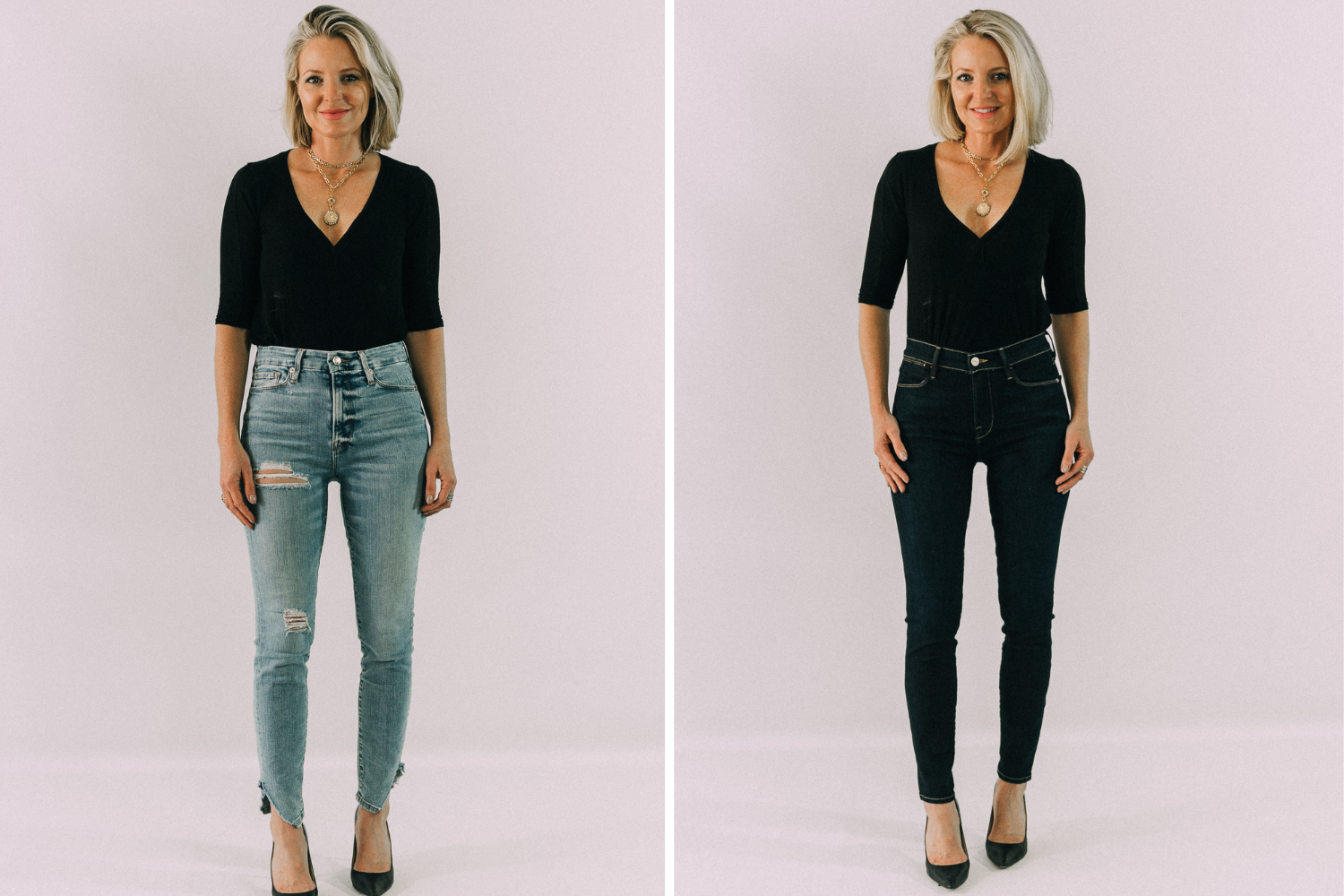 This is the reason why people with dark skin often seem to age well compared with pale-skinned people.

Wrinkles and lines, which are visible mainly by virtue of the fact that they create shadows, are harder to detect on darker skin. It is also the reason why facial features need to be greatly exaggerated on dark bronze sculptures.

Of course, your bottom will reveal its true size in profile, but black, especially matte, will save you a lot of exercise and dieting.

The claim is true and it is because of the uniform dark color of the clothing. Our perception of the shapes of surfaces, among other things, depends on minute shadows and patterns on the surface. See how much easier it is to notice wrinkles on a light shirt than on a dark shirt.

Patterns also play a part. For example lines that start off parallel, then move away from each other, and then return to parallel in a fish-eye effect give the perception of a bump on a smooth surface even if one is not present.

In the case of uniform dark trousers, it is very hard to make out the shadows and any pattern, and that’s why it’s difficult to perceive the exact size of the bump.

This isn’t a scientific answer but it is evidence in favor. In Star Trek, some female cast members supposedly wear padding to increase their female allure. They have two different sizes of padding, and the larger of the two is used when they are wearing dark clothes.

A similar illusion occurs with striped clothing, but it depends on whether the stripes are horizontal or vertical.

But if a person wears horizontal stripes, their proportions will be accentuated sideways.