How do cigarette companies remove and reduce tar from cigarettes?

Cigarette companies keep talking about reducing the “tar” in their latest brands, as though it were a single ingredient, easily removed for better health, easily replaced for more taste.

Actually, “tar” is not tar at all but a combination of some 2,000 to 10,000 elements, including alkaloids, ammonia, carbon dioxide, carbon monoxide, and hydrogen cyanide, known in the tobacco industry as “total particular matter.” TPM is formed by the burning of organic matter; in a cigarette this includes both tobacco leaves and paper.

The Federal Trade Commission (FTC) measures the amount of TPM in a cigarette by drawing smoke through a special filter on a mechanical smoking machine. Each cigarette, previously conditioned for twenty four hours at 75 degrees Fahrenheit and 60 percent relative humidity, is smoked to a predetermined butt length. 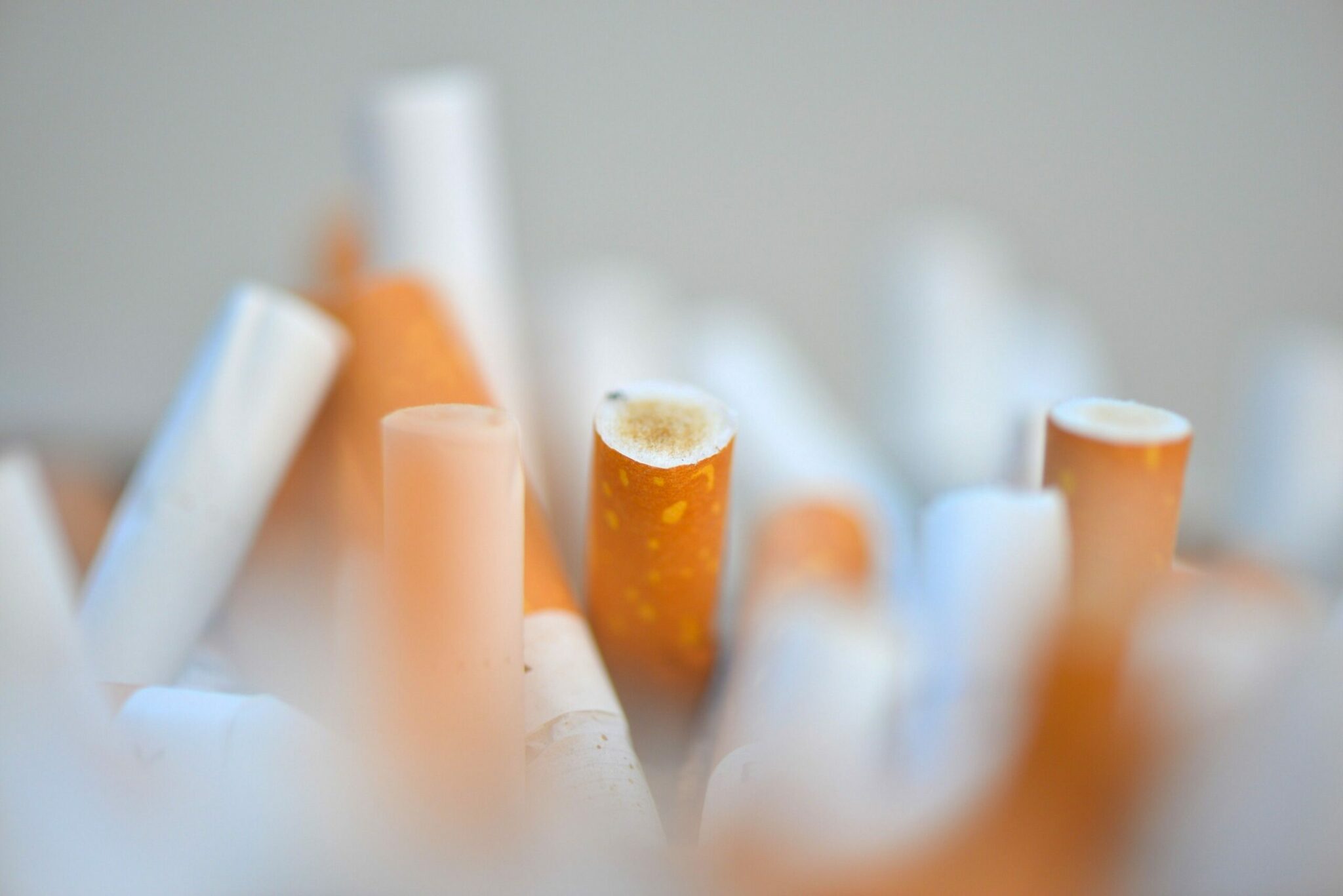 The TPM “wet collection” is the net weight gain in the filter after the cigarette has been smoked. TPM “dry” is then calculated by subtracting the weight of nicotine and water. This figure is what shows up on some cigarette packages for the interested consumer.

In 1979 the FTC published a list of the “tar” and nicotine contents of 176 varieties of domestic cigarettes. Marlboro, for example, has 17 milligrams of “tar” per cigarette, and Merit has 8. The difference is, of course, intentional, and the cigarette manufacturers use a variety of techniques to accomplish it.

One method involves, simply enough, decreasing the amount of tobacco in the cigarette, by reducing slightly the circumference of the cigarette or by using “fluff” tobacco, tobacco that has been dried by a special process so that it retains its original dimensions even after the moisture has been removed. Smaller circumference or smaller volume means less burning time, which means less “tar.” Another method of reducing tar is to pack the tobacco so that it burns more quickly, even during the idle periods between puffs.

Porous paper, too, aids in increasing the rate of burning and dilutes the smoke so that the smoker gets less TPM in his lungs. The paper is perforated mechanically with tiny holes that cannot be seen. Additives are also used to make the tobacco burn more quickly, but tobacco companies can go only so far before totally frustrating their market.

The filter is also an effective device for reducing “tar.” Perforated filters dilute the smoke with air; large, long filters that are difficult to draw through are yet more efficient.