How do Porcupines Mate and Reproduce when they have lots of Sharp Quills or Spines in the way?

Porcupines mate and reproduce much like any other animal. It’s actually not as dangerous or awkward as you might expect, although we don’t recommend trying this at home.

For starters, mating is a dangerous pastime for male porcupines. They are one of many species who fight for the rights to mate with the receptive female, who, in the case of the porcupine, is receptive only once a year.

The stakes are high in porcupine love, and the female enjoys inciting the rivalries. She hangs out in a tree, urinating and loudly calling to all the boys fighting each other down below. 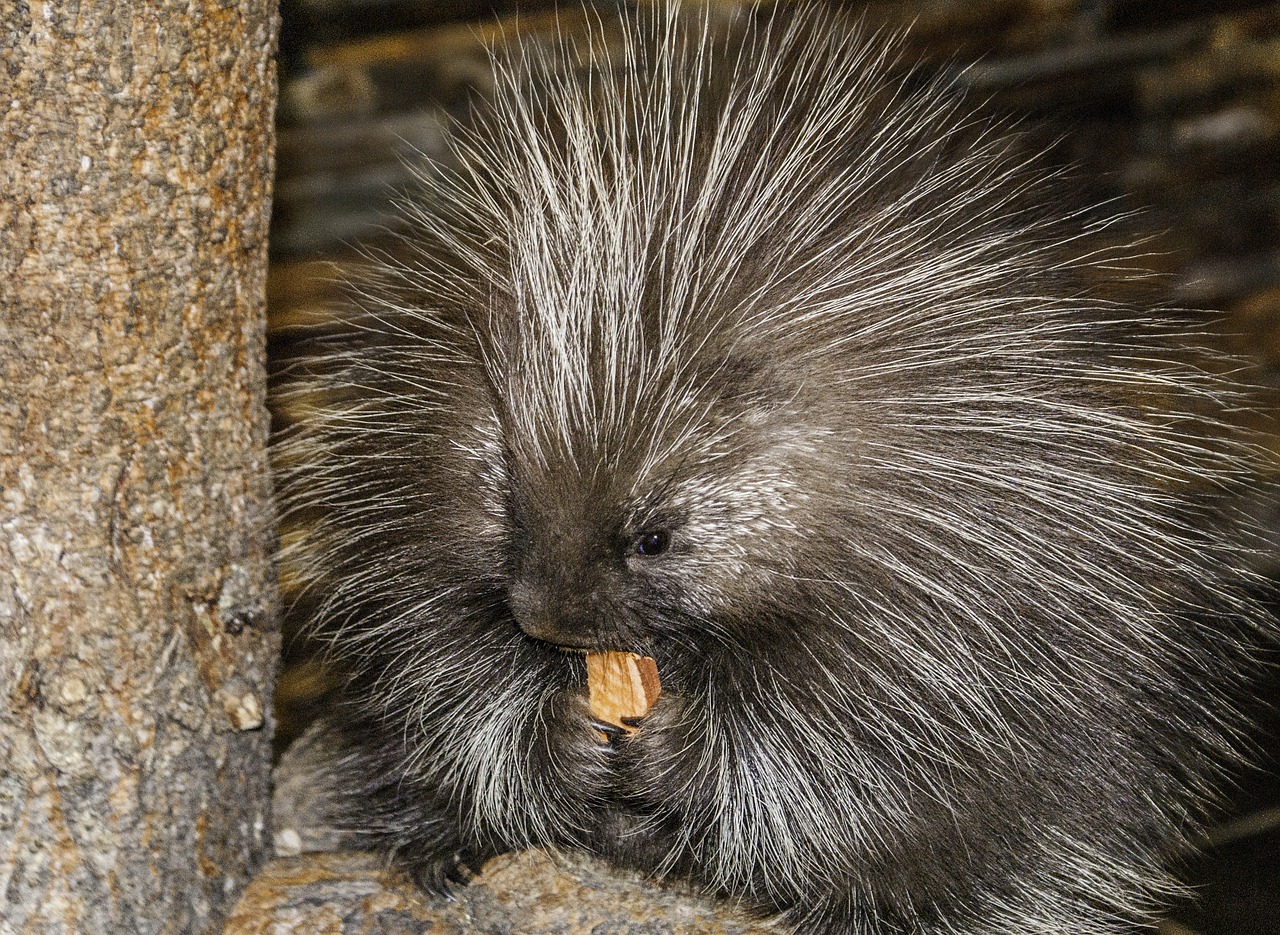 When one man’s left standing, the female crawls down the tree. The male urinates on the female to excite her, and the female curls her tail over her back to expose her quill-free genital region.

The male porcupine’s genitalia are located on his underside, too, so when they mate, there are no quilly parts for them to be watchful of during the whole messy business, which takes no longer than a minute or two.