How Do Refrigerators Chill Things?

The principle that explains refrigeration is that the faster a liquid evaporates, or becomes a gas, the faster it cools whatever it touches. And the liquid that evaporates rapidly enough to make water freeze is Freon 12, which is used in most electric refrigerators today.

Here’s how it works. Freon 12 starts out as a liquid in a receiver, or storage tank, at the bottom of the refrigerator. A compressor, or electric pump, pushes the Freon up from the tank, under high pressure, into pipes that coil around the freezing compartment at the top.

There, it cools the pipes, then the surrounding area, and freezes the water in trays into ice cubes. This is done in the evaporator by absorbing whatever heat is in the refrigerator. 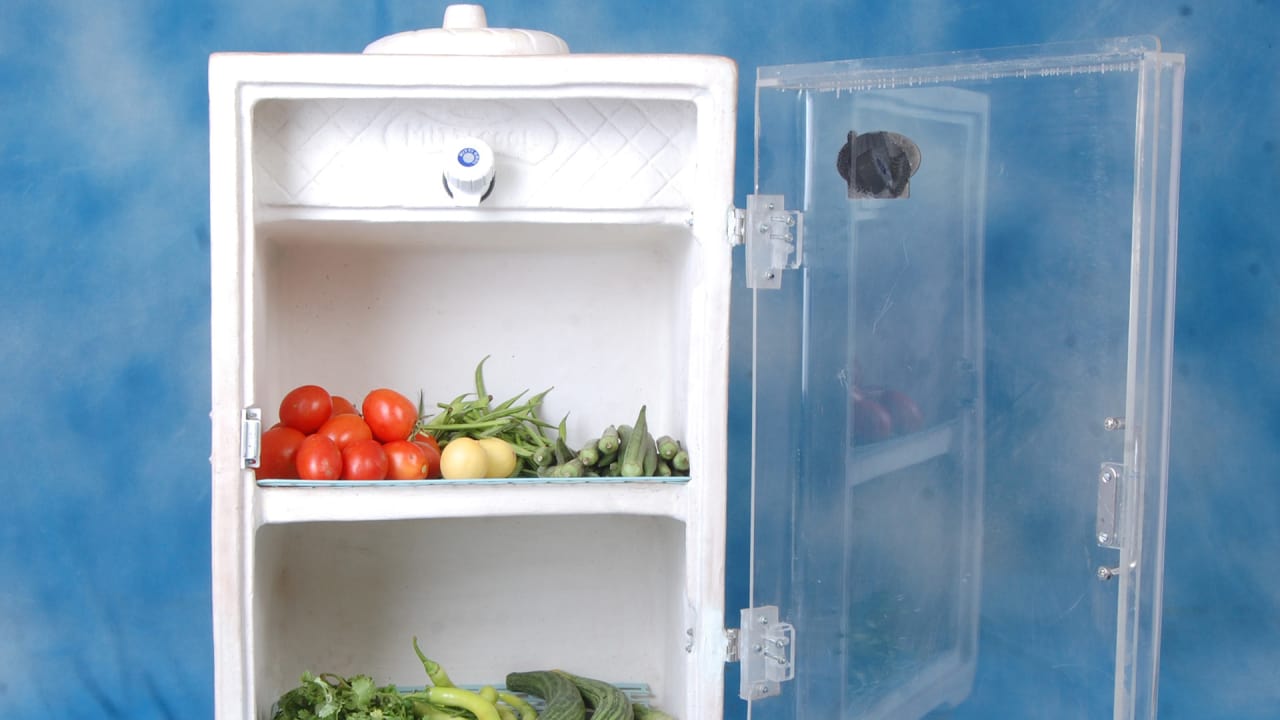 Because of the heat it has absorbed, the Freon now turns to a gas. This gas is then pumped by the compressor down to the bottom of the refrigerator into a condenser. Here, an electric fan blows across the condenser’s pipes, cooling the Freon gas and turning it back into a liquid, ready to start the cycle again.

Gas refrigerators work a bit differently. Instead of an electric pump, it uses a small gas flame to move the liquid up into the freezing area. And instead of Freon, the gas refrigerator uses a mixture of ammonia and water.

Eskimos use refrigerators to keep food from freezing!