What is the best way to chill drinks with ice without diluting the drink too much?

First, the colder the ice the better. Colder ice will cool the liquid faster, just as colder rocks would do. And melting is not necessary for cooling; cold rocks would do the job as well.

If two substances are in contact, heat will flow automatically from the warmer one into the cooler one. In this case, heat flows out of the liquid and into the ice. Or, if you will, ice sucks heat out of the liquid. The colder the ice starts out, the more calories of heat it can suck out of the liquid before it reaches its melting/freezing point of 32°F (0°C) and even begins to think about melting. So if the ice is cold enough, far enough below 32 °F, there need be little, if any, melting and consequent dilution.

Second, the more ice the better. Lots of ice in the container forces the liquid into crevices between the ice chunks, creating thin layers of liquid that make efficient thermal contact with the ice surfaces and cool faster than would thicker layers of liquid. 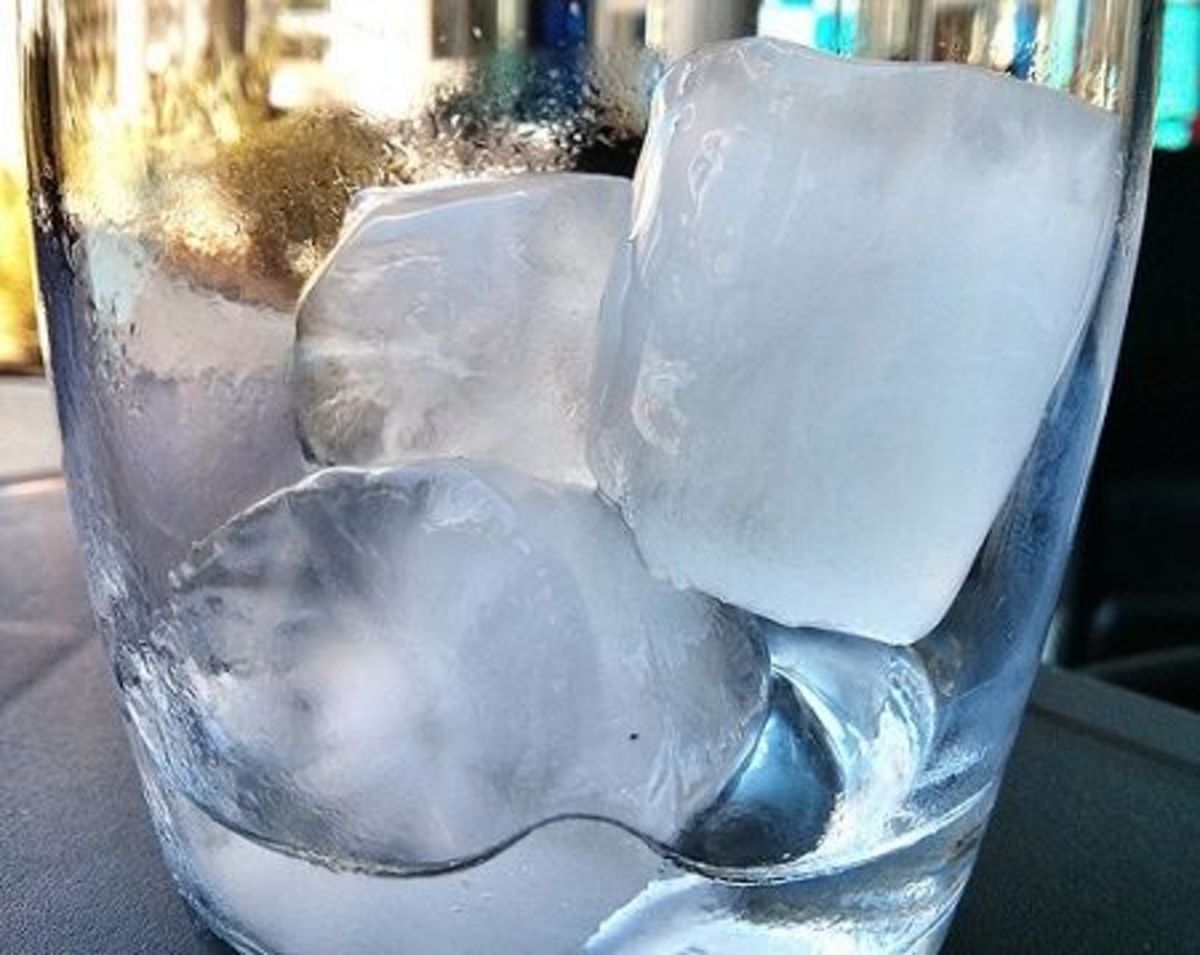 Another way of putting this is that the more ice chunks there are, the more ice surface is available for heat exchange with the liquid. So again there’s faster cooling and less, if any, melting, if you don’t leave the ice in too long. The best cooling mantra then, is “Lots of ice, short time.”

That’s ice cubes, incidentally, not cracked ice. Cracked ice has so much surface area, and the heat exchange between it and the liquid is so efficient, that it will start melting and watering down your drink before you can say Jack Daniel’s.

Unfortunately, most bartenders’ ice isn’t very cold. It has probably been sitting in the bin for hours, warming up to within a few degrees of its melting point, so it doesn’t have much cooling capacity before it begins to melt and dilute your drink.

But luckily, ice doesn’t melt as soon as it gets to its melting point. Each gram of ice needs to absorb another slug of calories, o.o8o calories, its heat of fusion, in order to break down its solid structure and turn into a fluid. So even not-very-cold ice will still do a pretty good job of cooling, albeit accompanied by some melting and dilution. Just don’t let the bartender stir or (heaven forbid) shake your martini too long.

Because we do want some melting to take place in a martini (the drink will be too harsh unless it contains about 10 percent added water), one must strike the proper balance among the amount of ice, its temperature, and the length of stirring. That’s why so many people mess up martinis, which in principle should be the simplest drink in the world to make.