How Do Stars Become Black Holes and When Was the First Black Hole Discovered?

Black holes were first discussed in 1783, but their existence has not been proven beyond a shadow of a doubt.

Astronomers theorize that if a large mass were squashed into a tiny space, the resulting power of gravity would attract and devour all nearby matter, even light.

It would be a black hole. Black holes are not actually holes in space. They are objects. 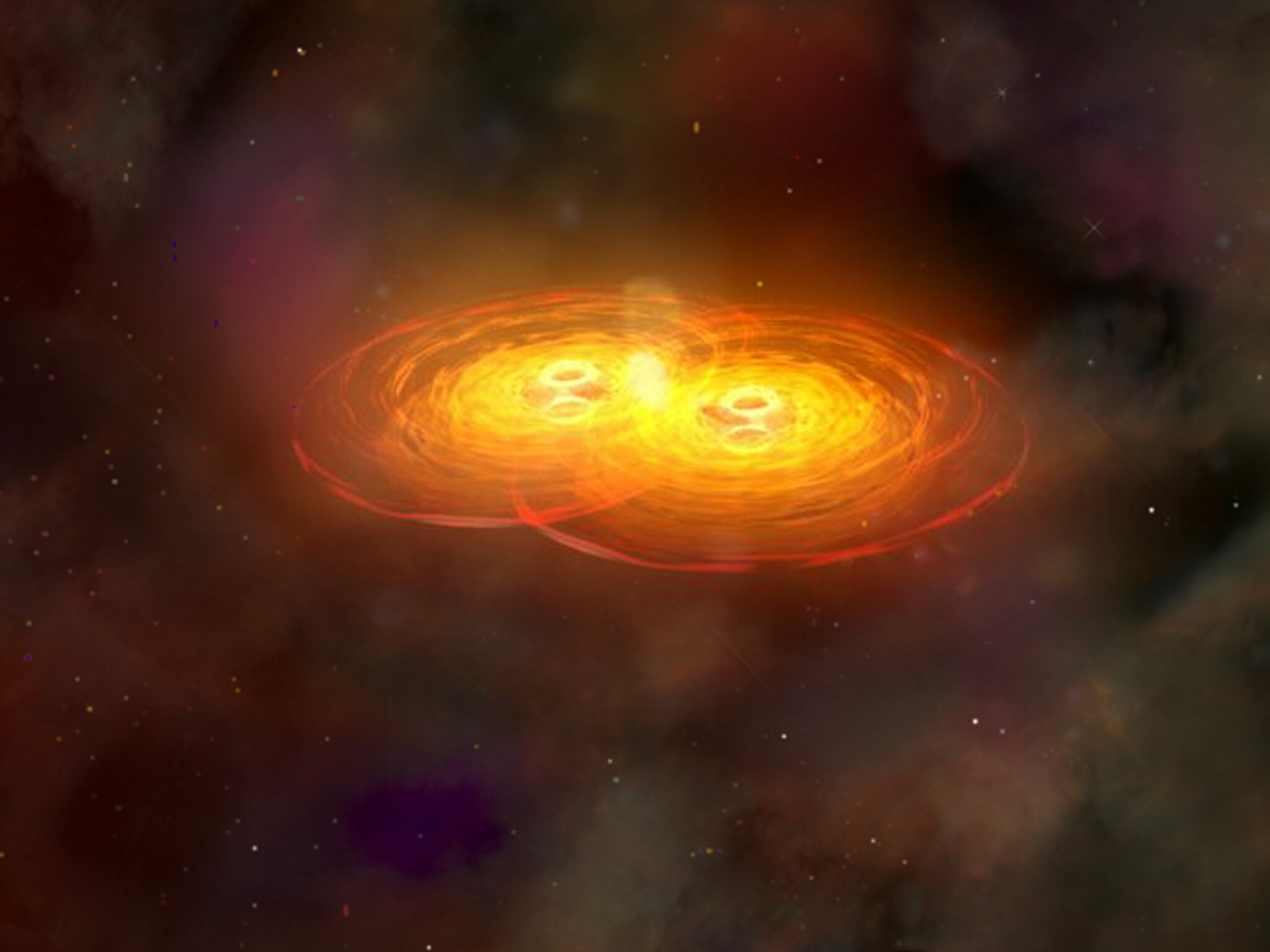 The first likely black hole, Cygnus X-1, in the constellation Cygnus, was found in 1965.

Since then, many other powerful objects too massive to be neutron stars and too small to be regular stars have been designated as black holes.

Theoretically, the gravity of a very massive star, with at least three times more matter than the Sun at the time of its collapse would cause the star to continue to contract beyond the stage of being a neutron star.

That star would have a terrific gravitational pull; it would be a black hole.

For instance, if the Sun shrank to a sphere with a 2-mile (3-km) radius, it would become a black hole.

While not a star, the Earth would have to collapse to a radius of 0.4 inches (1 cm) to become a black hole.

No nearby matter could then escape the pull of its gravity, not even radiation.