A black hole is a collapsed star that is so dense, and whose gravitational pull is so great, that not even light can escape it. Such stars would look like black holes in a black universe.

Many consider black holes to be the ultimate wonder of the universe, the strangest of all stellar objects. Black holes might be the birthplace of new universes, even new dimensions. Black holes might mark the beginning and end of time. Some consider them to be possible time travel machines as well as a way to travel faster than the speed of light. Many believe that black holes could be the ultimate future energy source, providing power stations throughout the galaxy.

Certainly, black holes were first a theoretical, and then a practical, great mystery of astronomy in the twentieth century. Their discovery led science a giant step closer to understanding the universe around us and provided a solid confirmation of Einstein’s theory of relativity. 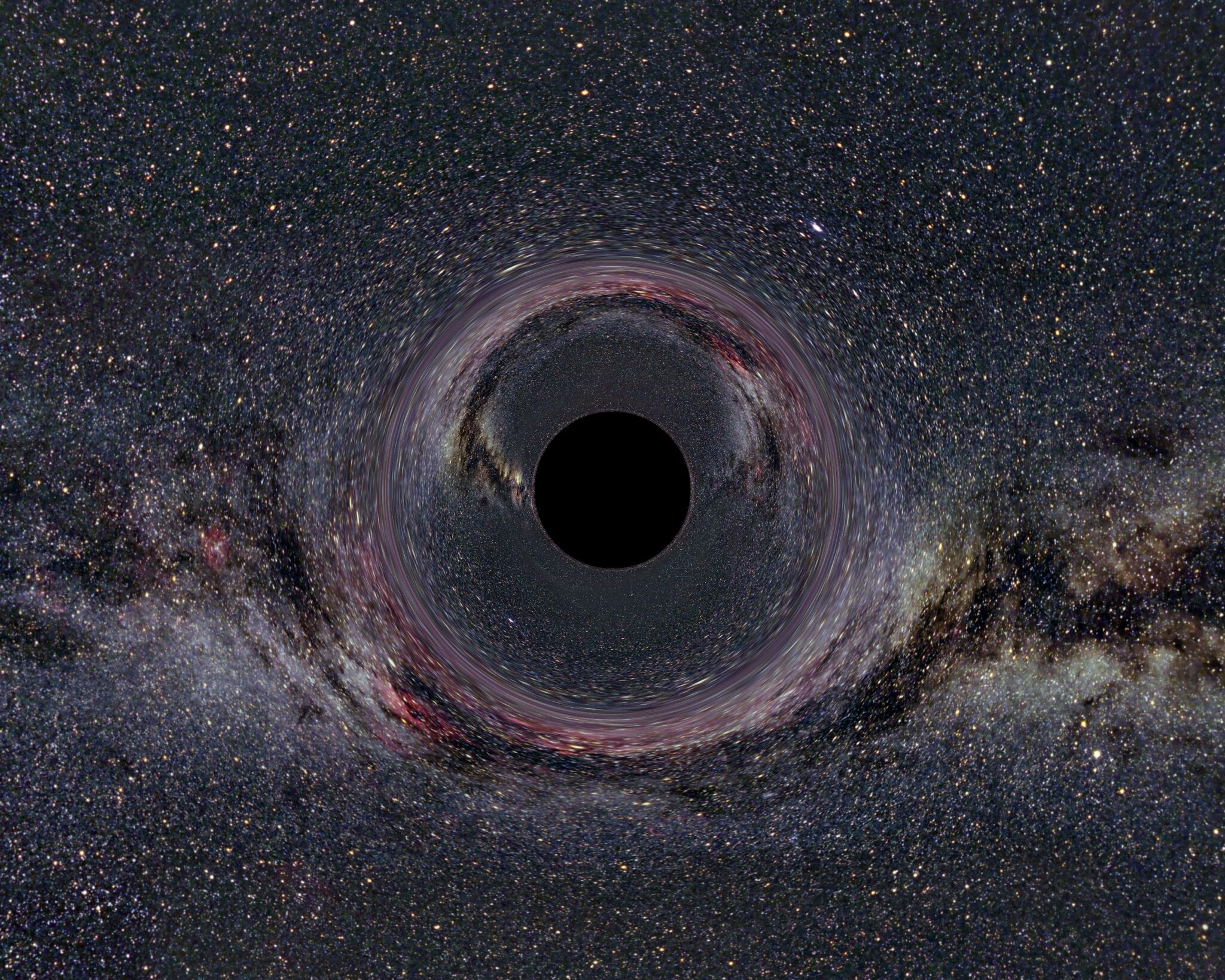 A black hole is not really a hole at all. It is a collapsed star that crushed in on itself. As the star condenses, its gravity increases. If the collapsed star’s gravity becomes so strong that not even light (particles traveling at light speed) can escape the gravitational pull, then it will appear like a black hole (in the pitch black background of space).

Two men get the credit for the discovery of these bizarre and unseeable phenomena. The first was German astronomer wonder-boy, Karl Schwarzschild. As a child, Schwarzschild was fascinated by celestial mechanics (the motion of the stars), and he published his first two papers on the theory of how double stars move when he was only 16 (in 1889). In 1900, Schwarzschild presented a lecture to the German astronomical society in which he theorized that space did not act like a regular three-dimensional box. It warped in strange ways, pulled and pushed by gravity. Schwarzschild called it “the curvature of space.”

Five years later, Einstein published his energy equation and his theory of relativity, which also talked of the curvature of space. In 1916, while serving in the German army on the Russian front during World War I, Schwarzschild was the first to solve Einstein’s equations for general relativity.

He found that, as a star collapsed into a single point of unimaginably dense matter, its gravitational pull would increase so that a particle would have to be traveling faster and faster to escape from that gravity (called the escape velocity). Schwarzschild’s calculations showed that as a massive star collapsed to a single point of infinitely dense matter, its escape velocity would exceed the speed of light. Nothing would escape such a collapsed star. It would be as if the star disappeared and no longer existed in our universe.

Fifty years later, astronomers began to seriously search for Schwarzschild’s invisible collapsed stars. Astronomers realized that, since a black hole couldn’t actually be seen, the only way to detect one was to track unexplained motion of the stars that they could see and show that that motion was the result of the gravitational pull of a nearby, unseeable black hole. (Astronomer John Wheeler coined the name “black hole” in 1970.)

In 1971, calculations by Wheeler’s team confirmed that the X-ray binary star, Cygnus X-1, was a star circling a black hole. That was the first time a black hole had ever been physically detected.

It wasn’t until 2004 that a black hole was identified in the Milky Way galaxy, by Professor Phil Charles of the University of Southampton and Mark Wagner of the University of Arizona, this one located 6,000 light years away from Earth in our galaxy’s halo. But it was Karl Schwarzschild in 1916 who discovered what black holes “looked like” and how to locate one.