Scientists hypothesize that the leftover core of a supernova would be like the entire Sun squeezed into an area 10 miles (16 km) wide.

The remaining core, called a neutron star, would be made of neutrons, atoms stripped of their electrons, or electrical charges, and would lack the energy to emit light.

The particles of carbon, oxygen, and nitrogen shot off into space during the explosion, at about 5,000 miles (8,000 km) per second, may become part of new stars or planets. 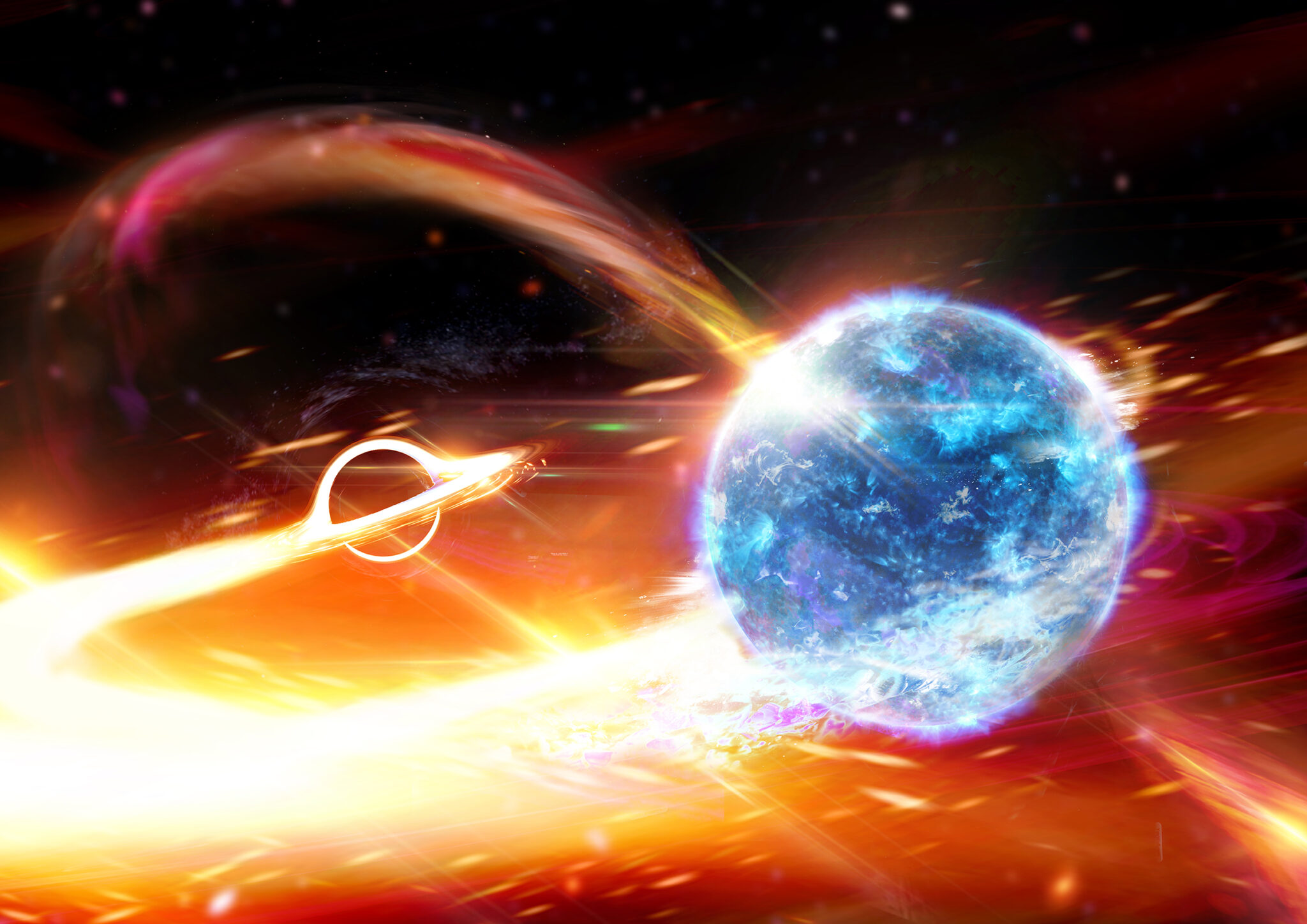 A typical neutron star has a mass between 1.35 and about 2.1 solar masses.