How do window cleaners wash the windows of the World Trade Center?

During the spring, summer, and fall, the windows of the World Trade Center from the 9th to the 106th floor are always being washed.

The winter season is prohibitive because of heavy winds and freezing temperatures. A huge automatic window washer for each tower, resembling a crane, is operated by one man standing on the roof.

Using remote control, he sends the machine over the side, down steel runners, past a “bay” or column of windows spanning 97 floors. Each tower has 248 bays and more than 22,000 windows. Cleaning at lightning speed, but not always with pristine results, the machine descends and returns in a mere 33 minutes. 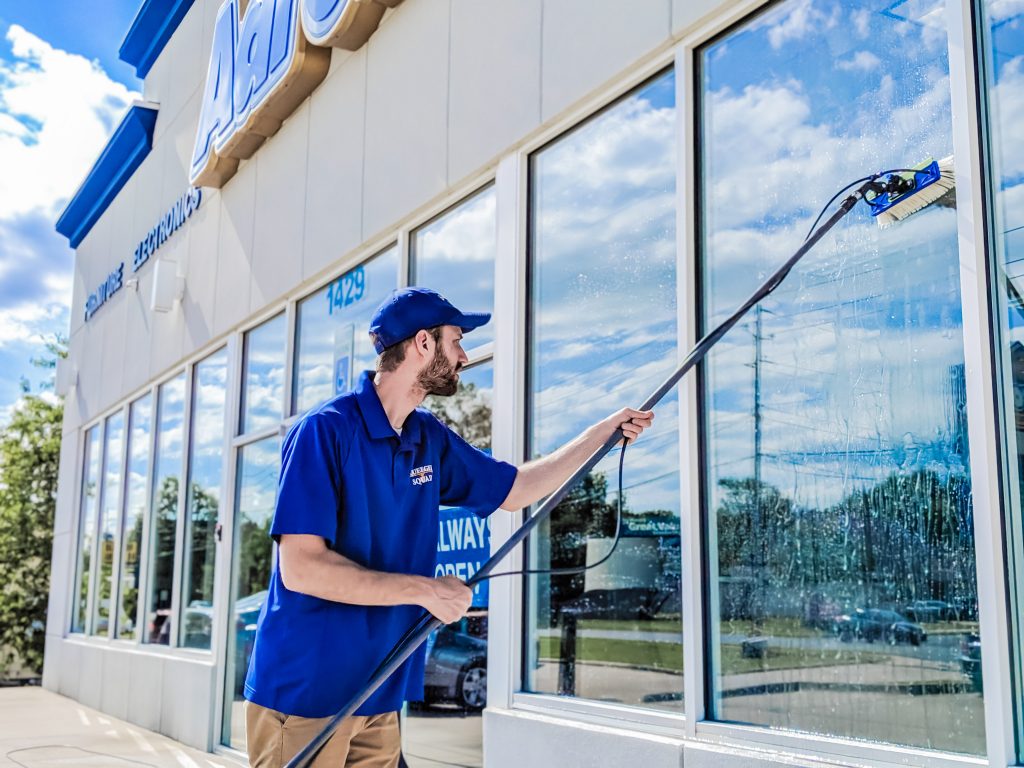 It travels 60 feet a minute while shooting water from a spray nozzle, brushing, and then vacuuming the windows. Ten bays may be cleaned in a day, and the water, which is recycled, is changed after 5 bays. The entire machine, including the washer head and cable reels, weighs about 3,000 pounds.

Because of the way the buildings are constructed, the automatic window washer cannot be used on either the uppermost or the lowest floors.

The windows of the 107th floor, the restaurant in Tower 1 and the observation deck in Tower 2, are washed four times a year by two brave souls who hang from scaffolding and wash with the usual brushes and squeegees. They also wash floors 1 through 6 by hand.

They omit floors 7 and 8, 108 and 109, and several others that contain mechanical equipment rooms with vents for blowing air out of the buildings to aid air circulation, these floors have no windows.