How Does an Induction Cooktop Work?

Microwave ovens were the first new way of making heat for cooking in more than a million years.

Magnetic induction has been used for the past decade or so in some European and Japanese food service kitchens, and more recently in commercial American kitchens. They are now beginning to appear in the home. 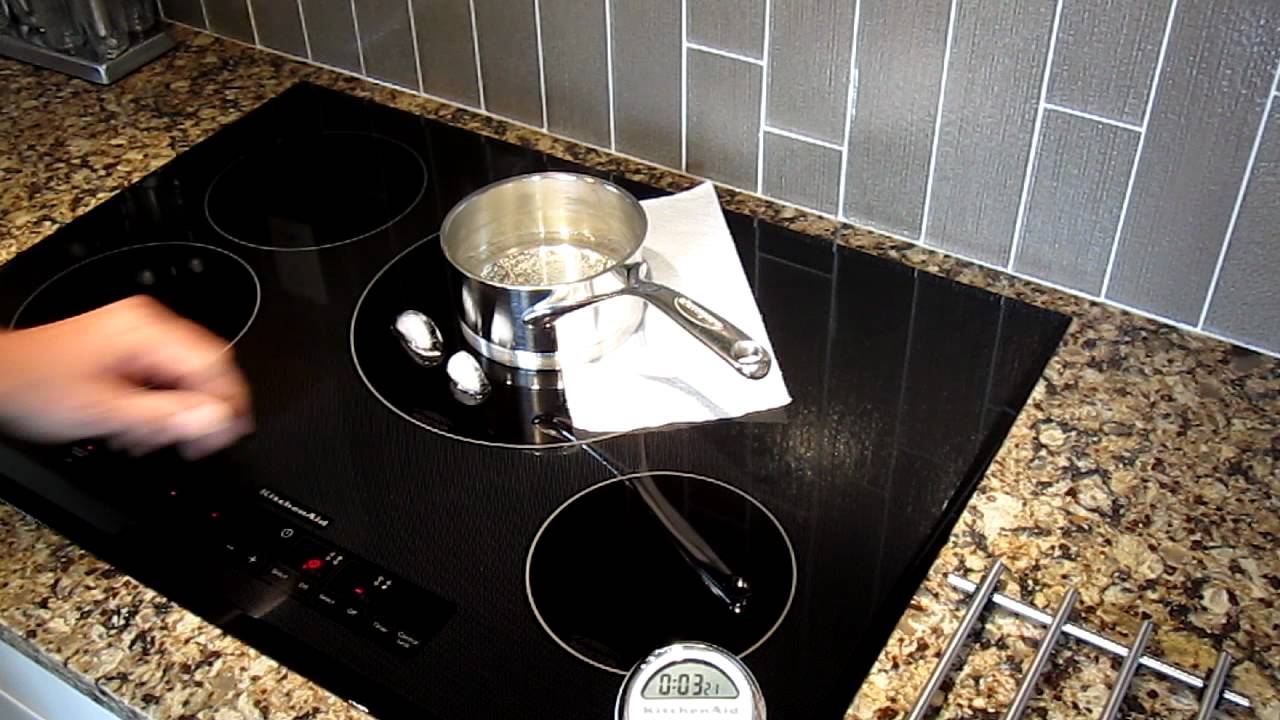 Here’s how it works.

Beneath that beautiful, smooth ceramic surface on your neighbor’s cooktop are several coils of wire like the coils of wire in a transformer. When one of the heating units is turned on, the house’s 60 cycle alternating (AC) electric current begins to flow through it.

For reasons that we won’t go into (and that even Einstein couldn’t really explain to his complete satisfaction), whenever electricity flows through a coil of wire it makes that coil behave like a magnet, complete with North and South poles. In this case, because the AC current is reversing its direction 120 times per second, the magnet is reversing its polarity back and forth 120 times per second.

So far, there’s no evidence in the kitchen that anything at all is happening; we can’t see, feel, or hear magnetic fields. The cooktop is still cool.

Now place an iron frying pan on top of the coil. The alternating magnetic field magnetizes the iron, first in one direction and then the other, switching its polarity back and forth 120 times per second.

But magnetized iron isn’t quite so easily persuaded to reverse its polarity, and it resists the vacillations to a significant degree. That causes much of the magnetic power to be wasted, and the wasted power shows up as heat in the iron. As a result, only the pan gets hot. There’s no flame or redhot electric coil, and the kitchen stays cool.

Any magnetizable (Techspeak: ferromagnetic) metal will be heated by this magnetic induction process. Iron will, of course, whether enameled or not.

Many, but not all, stainless steels will. But aluminum, copper, glass, and pottery won’t. To see whether a given utensil can be used on a magnetic induction cooktop, take one of those silly magnets off your refrigerator and see if it sticks to the bottom of the pan. If it does, the pan will work for induction cooking.

So in addition to the substantial cost of a magnetic induction cooktop, you can’t use those treasured and expensive copper pans. Did your neighbors think of that before springing for their impressive, high-tech cooker?