Let’s say we are looking at the Moon through a refracting telescope.

Light from the Moon is gathered by the objective lens, which sits at the open end of the telescope.

As the light enters the lens, it is bent just as light bends when it goes through water or a prism. The light bends again as it leaves the far side of the lens, coming together again at the focal point of the telescope, appearing larger and brighter than it does to the naked eye. 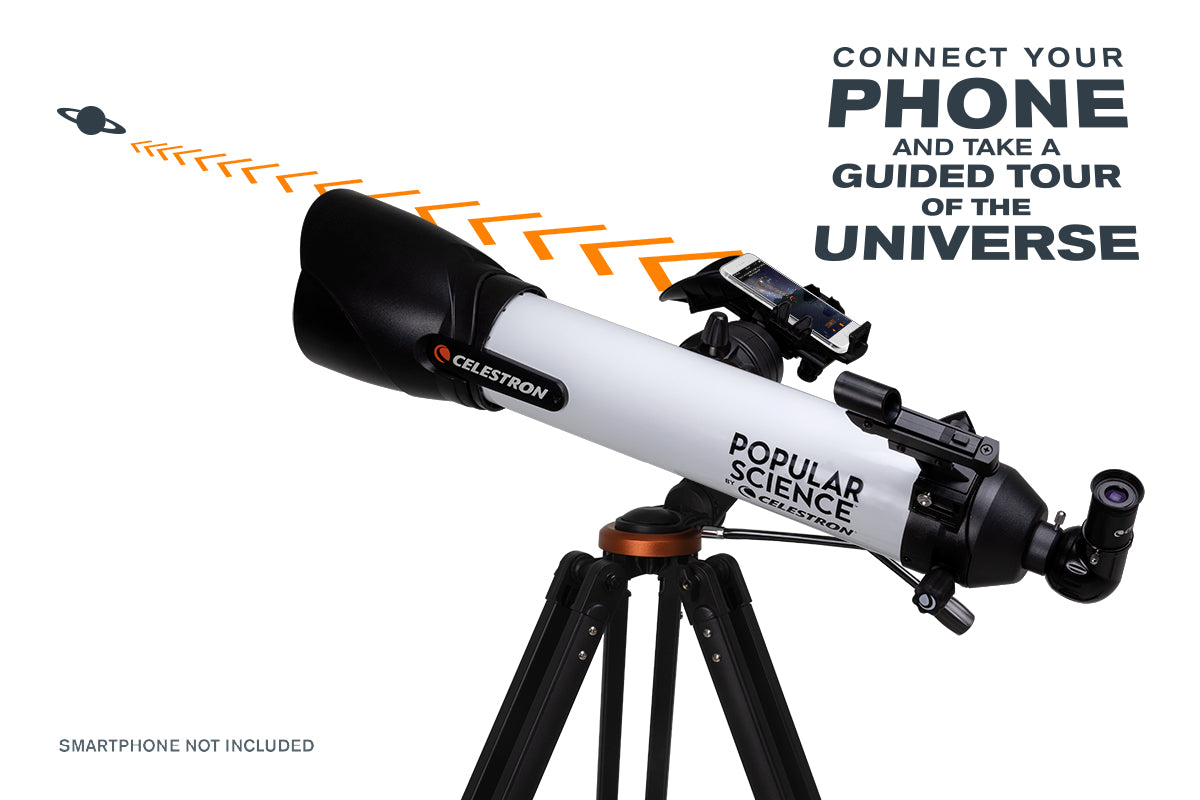 A lens, called an eyepiece, is attached to the end of the telescope and allows you to view and magnify the image.

Two kinds of secondary mirrors are used in reflecting telescopes.

A Newtonian reflecting telescope, invented by Sir Isaac Newton, uses a flat, angled mirror to steer the light directly through an eyepiece.

Changing the curve of the secondary mirror alters the distance the light has to travel in the telescope, which changes the size and clarity of the image. A whole set of mirrors with different amounts of curvature can be used interchangeably in a single telescope.

The world’s largest refracting telescope, at Yerkes Observatory in Williams Bay, Wisconsin, has a lens with a 40-inch diameter.

A published reflecting telescope design first appeared in the April 25, 1672 Journal des sçavans, and has been attributed to Laurent Cassegrain.