How does an artificial pacemaker help a weak or damaged heart pump blood?

Artificial pacemakers are able to correct low cardiac output primarily because of the remarkable qualities of the heart itself.

Ever since the experiments of the prominent Italian physician Luigi Galvani in the eighteenth century, men have known about the ability of muscle to respond to electrical stimulation.

The fibers of the myocardium (the middle muscular layer of the heart wall) are excitable and able to conduct impulses from one fiber to another. The speed of the impulses received, hence the rhythm of the heart, depends to some extent on the autonomic (involuntary) nervous system. 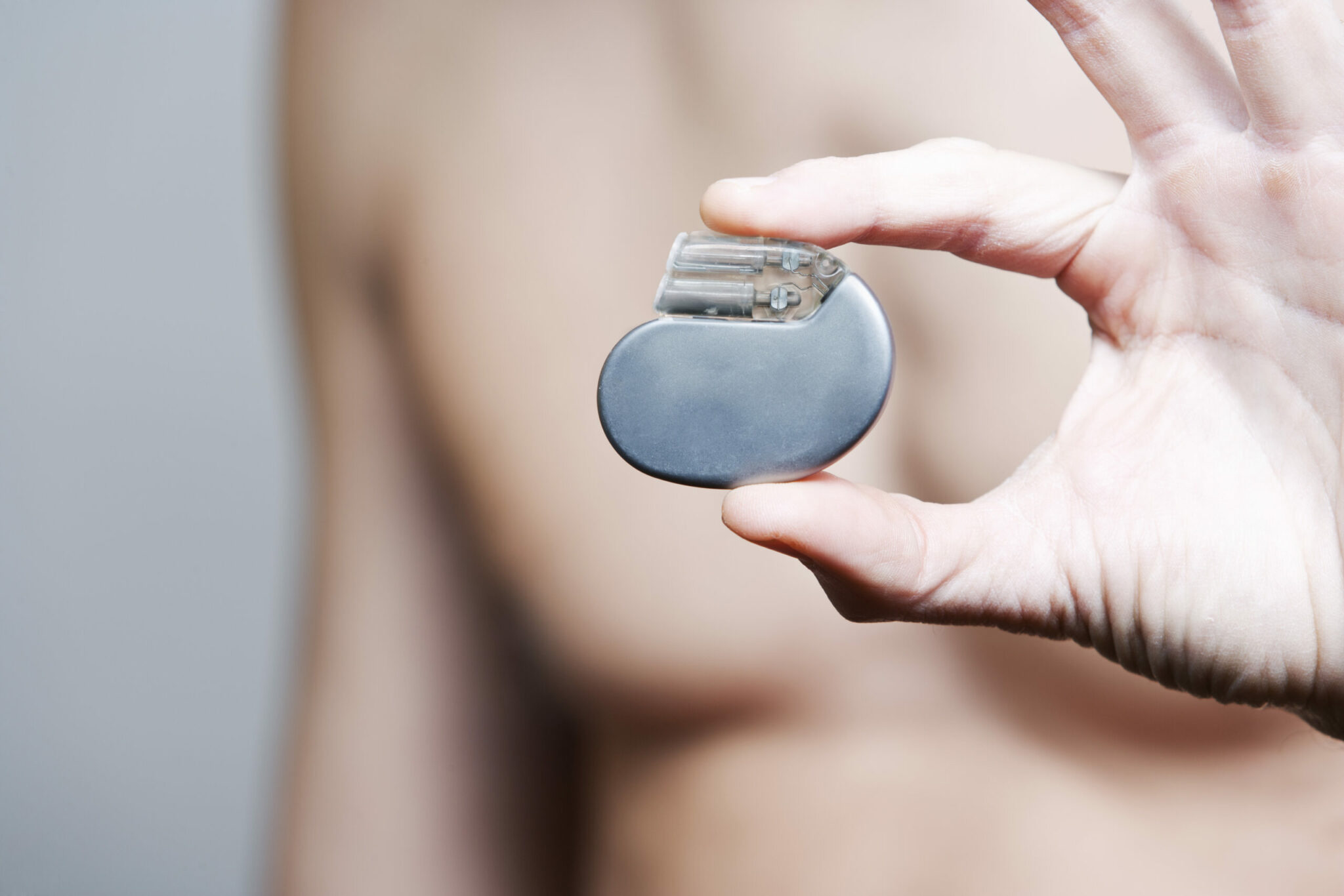 A healthy heart is able to produce a sufficient stimulus because cardiac muscle has an inherent rhythm that causes it to contract. Even if severed from the nerves, fresh cardiac muscle (unlike skeletal muscles) is not paralyzed, but continues to contract rhythmically.

Both the atrial and the ventricular myocardia have this quality, but the rate of the former’s contractions is actually somewhat faster than the rate of the latter’s. To initiate and maintain one steady rhythm, the heart has its own natural pacemaker; the sinoatrial node. Lying in the right atrium at the recess of the vena cava superior, this node beats the fastest of all myocardial muscles.

If the sinoatrial node fails, the atrioventricular node takes over, causing the heart to beat about 50 to 60 times per minute rather than 70 to 80.

Any number of problems, including sinus or ventricular arrest, atrioventricular (AV) block, and Stokes Adams syndrome, may cause an insufficient or irregular heartbeat, which physicians are able to correct with an artificial pacemaker. A pacemaker can start a ventricular contraction by transmitting repetitive, evenly spaced current pulses to the heart from an outside electrical source.

Various types of pacemakers are available to correct different problems, but basically the machine consists of electrodes, conducting wires, and a pulse generator. The electrodes, made of gold or platinum, are good conductors. They may be unipolar or bipolar, but the latter are more efficient.

If the electrodes are in direct contact with the heart, less voltage is required than if they do not actually touch the cardiac tissue.

The conducting wires are made up of stainless steel coils. The generator controls the rate and amplitude of impulses, which may be fixed or may change according to the needs of the heart. If the heart is weak, for example, but needs stimulus only from time to time, the pacemaker shuts off when the heart is working well so as not to compete or interfere with it.

An artificial pacemaker can be implanted by thoracotomy or introduced transvenously. In the transthoracic method the chest is opened between the fifth and sixth ribs. The electrodes are put on the outer left ventricular wall and sewn in place. Either an external or an implanted generator may be connected to the electrodes. The latter is usually placed in the right anterior chest, below the clavicle.

The transvenous method of installing a pacemaker doesn’t require major surgery. After a local anesthetic is administered, a catheter is put into the jugular, subclavian, or antecubital vein.

With the help of fluoroscopic visualization, physicians thread the catheter through the vein, all the way through the right atrium to the right ventricle. There the electrodes are wedged into the ventricular wall. Again the generator may be implanted or external.

Most have an amplitude of 1 to 10 volts and provide a stimulus of 1 to 2 seconds.