Who Discovered Weak and Strong Forces and What is the difference between the Weak Force and the Strong Force?

For several centuries scientists thought that gravity and electromagnetic forces governed the universe.

Then twentieth-century physicists found atomic nuclei composed of positively charged protons. Why didn’t they fly apart since positive electrical forces repel each other? Further, why did some atoms naturally radioactively decay while others did not?

Many physicists proposed that two new forces (weak and strong) must exist. In 1935, Hideki Yukawa discovered the strong force. It was not until 1983 that Carlo Rubbia discovered the two particles that defined the weak force. 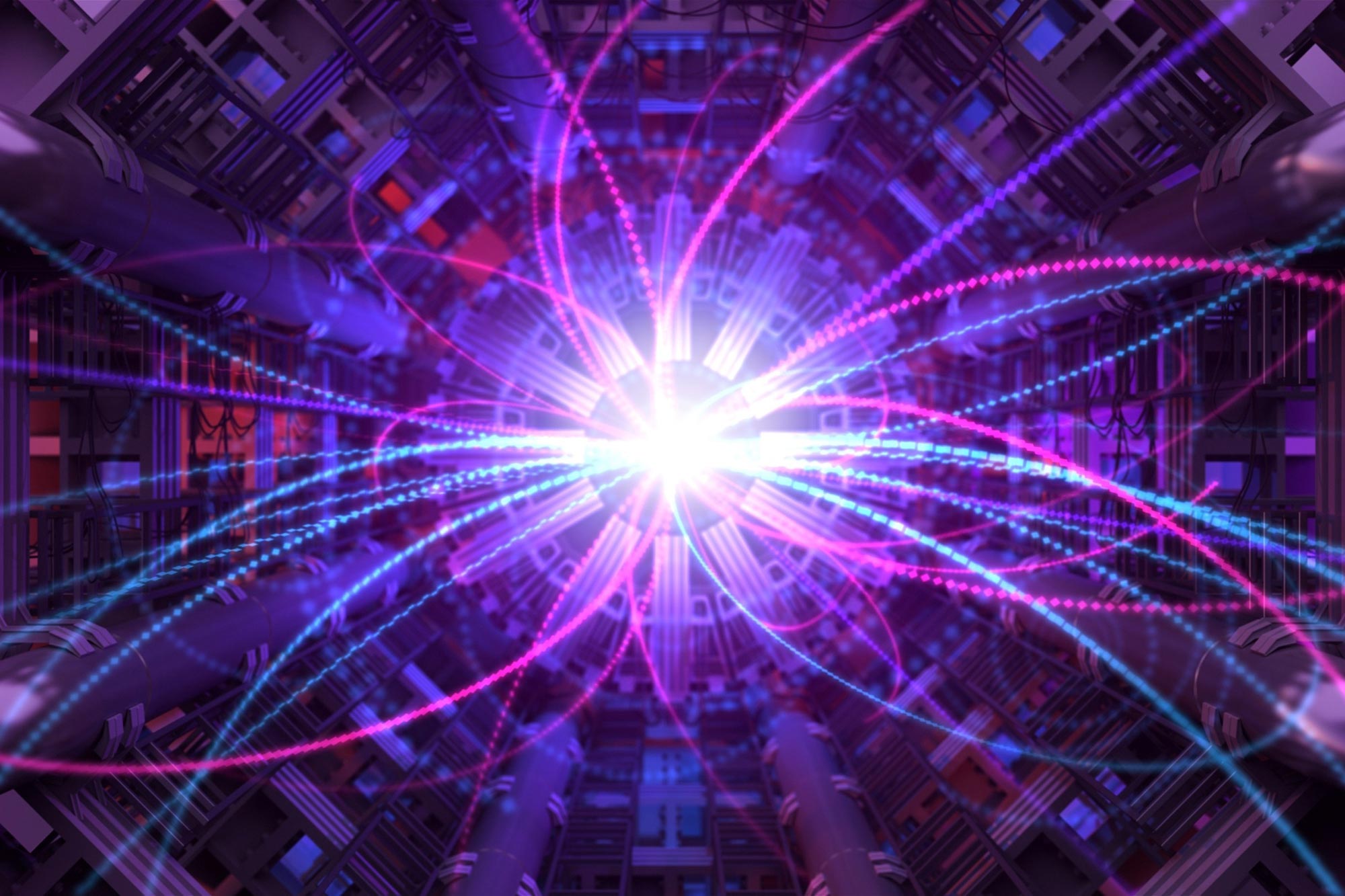 These discoveries completed our understanding of the four forces that govern the microscopic quantum world and direct whole clusters of galaxies. The weak and strong forces form the foundation of quantum physics.

However, twentieth-century physicists realized that neither of these forces could hold an atom together. Electromagnetic repulsion of like charges (protons) should rip every atomic nucleus apart. Why did nuclei and atoms exist? Other scientists realized that some force had to be responsible for the decay of radioactive nuclei.

Scientists theorized that two new forces had to exist: the strong force (the force that held atomic nuclei together) and the weak force (that created radioactive decay). No evidence existed to prove that either force actually existed. Though many searched, by the late
1930s no one had detected or proved the existence of either force.

In 1936 Hideki Yukawa reasoned that, since neither the weak nor the strong force had ever been detected, they must act over a range that was smaller than the diameter of an atomic nucleus. (Thus, they would be undetectable outside of that tiny space.) He began a series of experiments in which he smashed protons (hydrogen nuclei) with neutrons to see if the collision products would give him a hint about how the strong force worked.

Yukawa noticed the consistent production of large (for subatomic particles), short-lived particles called pi-mesons (a kind of gluon) from these collisions. That meant that pi-mesons existed inside the nucleus of atoms since that is where they sprang from.

He proposed that the short-range strong force came about from the exchange of the massive meson particles between protons and neutrons. Yukawa could describe the mesons he believed represented the strong force, but he could not physically produce one.

In 1947 Lattes, Muirhead, Occhialini, and Powell conducted a high-altitude experiment, flying photographic emulsions at 3,000 meters. These emulsions revealed the pion, which met all the requirements of the Yukawa particle.

We now know that the pion is a meson, both types of the tiny particles called gluons, and that the strong interaction is an exchange of mesons between quarks (the subatomic particles that make up protons and neutrons).

The weak force proved harder to confirm through actual discovery. It was not until 1983 that Carlo Rubbia, at the European research center, CERN, first discovered evidence to prove the existence of the weak force. After completing initial work in the 1970s that allowed Rubbia to calculate the size and other physical properties of the missing particles responsible for carrying the weak force, Rubbia and a CERN team set out to find these particles.

Rubbia then proposed that the large synchrotron at CERN be modified so that beams of accelerated protons and antiprotons could be made to collide head-on, releasing energies great enough for weak boson particles to materialize. In 1983 his experiments with the colliding-beam apparatus isolated two short-lived particles, the W and Z particles. Rubbia was able to show that these particles were the carriers of the so-called weak force involved in the radioactive decay of atomic nuclei.

The four fundamental forces of nature (and the particles that carry and create each of these forces) had finally been discovered, to complete the standard model that has carried physicists into the twnety-first century.