You might think that lead gets into a pencil by being inserted into a hole drilled the length of a cylindrical piece of wood, for if you look closely at a pencil, it certainly appears that the wood is all one piece. 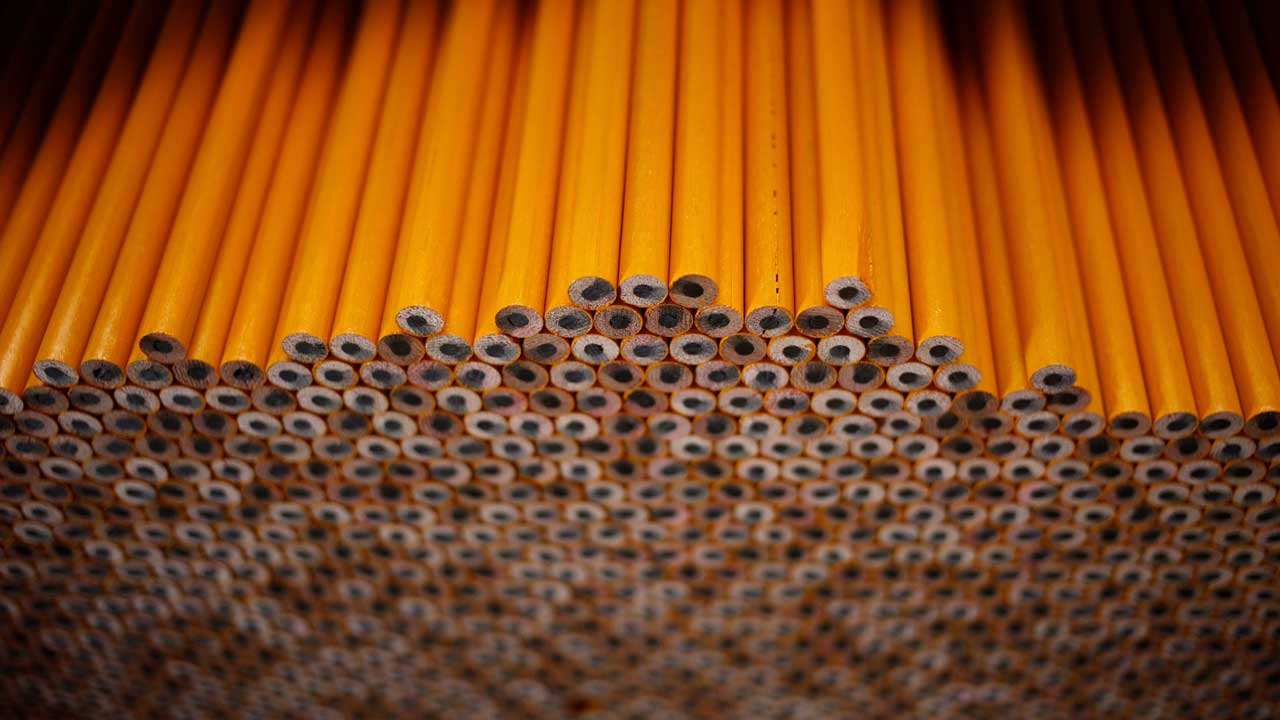 “That’s the sign of a good pencil,” says a salesman for the Joseph Dixon Crucible Company, producer of the famous yellow Dixon Ticonderoga pencil. Even if you inspect an unpainted Dixon pencil, you can’t see that it is actually made of two pieces of wood glued together. The seams are invisible.

Dixon starts with cedar wood cut into slats, measuring roughly 7 1/4 by 2 3/4 inches and less than 1/4 inch thick. The slats are sent through a machine with saws that cut thin grooves, usually four to nine per slat, depending on the size of the pencil to be made.

Next, fine strips of hardened lead are placed in the grooves. This “lead,” actually composed of graphite, clay, and a little water, has been dipped in wax for extra strength, baked, pushed into a mold, and cut to the proper 7 inch length.

A second slat, also cut with grooves, is fitted over the one that now holds the lead, and the two are glued together with a high strength industrial glue.

There is now a slim rectangular box with strips of lead concealed inside. This is run through two similar machines. One cuts the top slat into a series of faceted semicircular shapes, the number corresponding to the number of strips of lead. When the next machine performs the same operation on the bottom slat, the facets meet and the slat is divided into four to nine individual pencils.

Then the finishing touches are added, such as paint, a green and gold ferrule at one end, and an eraser, which is glued in. The Joseph Dixon Crucible Company, employing one hundred workers in this operation, produces 576,000 pencils in a single eight hour day.