How does kissing the Blarney Stone in Cork, Ireland give the Gift of the Gab and how did the Legend originate?

The Blarney Stone is so named because it resides at the top of Blarney Castle just outside the town of Blarney in Cork, Ireland.

It’s at least the third castle that’s been built on the same spot, this one in the 15th century by the Lord of Blarney, Cormac Laidhiv McCathy.

McCathy, like all Irish lords at the time, was in a pinch with the British Queen Elizabeth I. 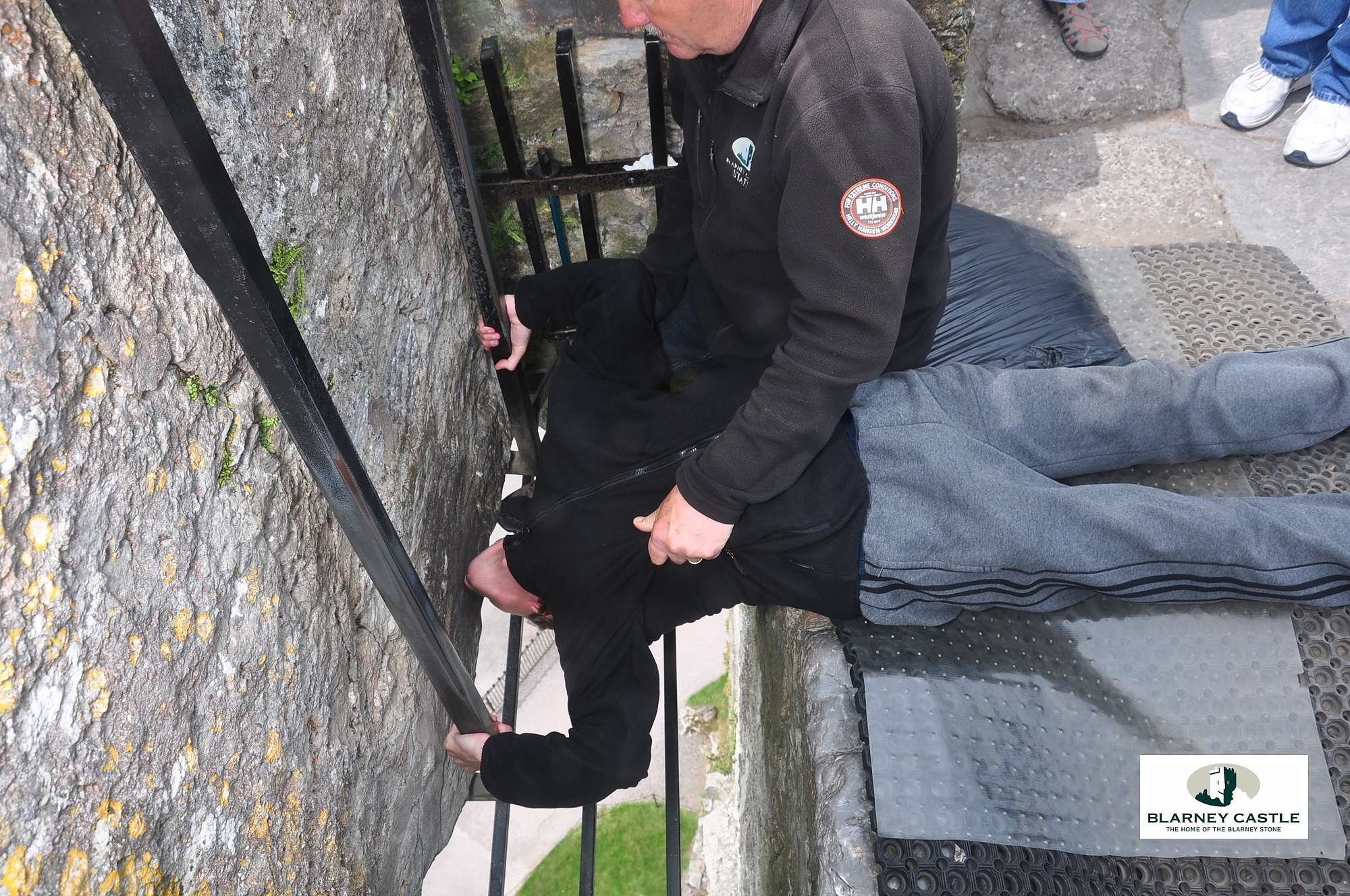 As if it weren’t enough that he was battling Cromwellians and William III’s troops around his castle by day, he was also battling the British crown, if not with weapons, then with words, to keep control over his land and home.

A representative of the queen would come by, and McCathy would agree to turn over land owed to the crown. Time after time, these promises were never made good on, and the representative returned to the queen with news that she didn’t yet have the Blarney Castle.

As the story goes, this happened so many times that Queen Elizabeth began to roll her eyes and say, “no more Blarney talk!”

Legends grew from the stone and the new found meaning of the word blarney, now meaning “persuasive eloquence”. Many revolve around an old woman casting a spell on the stone after the king of the region saved her from drowning.

The spell would forever give him the “gift of gab.” For over 500 years, visitors have hung upside down and backward to plant their lips on the stone at the top of the castle, hoping to suddenly be able to talk their way out of anything.

Ironically, blarney, or “an blarna” in Gaelic means “the plain.”