How does Teflon Nonstick Cookware Work and Why Do Things Stick To Each Other?

Quite obviously, sticking can’t occur unless there are two distinct materials; there must be both a sticker and a stickee. The properties of both must be considered.

But can there be such a thing as an intrinsic non-sticker, regardless of what the stickee may be? This non-sticky question was settled in 1938, when a Du Pont chemist named Roy Plunkett came up with polytet-rafluoroethylene, which was quickly and mercifully trademarked Teflon. PTFE (as we’ll call it) is a remarkably unfriendly chemical compound that appears to reject the formation of lasting intimate relationships with anything and everything.

After appearing in a variety of industrial guises, such as slippery bearings that don’t need oil, Teflon began to show up in the kitchen in the 1960s as a coating for frying pans that would clean up in a jiffy because they didn’t get dirty in the first place. Food just wouldn’t burn onto them. In today’s fat-phobic society, the major virtue of nonstick pans seems to be that you can sauté in them with very little oil. 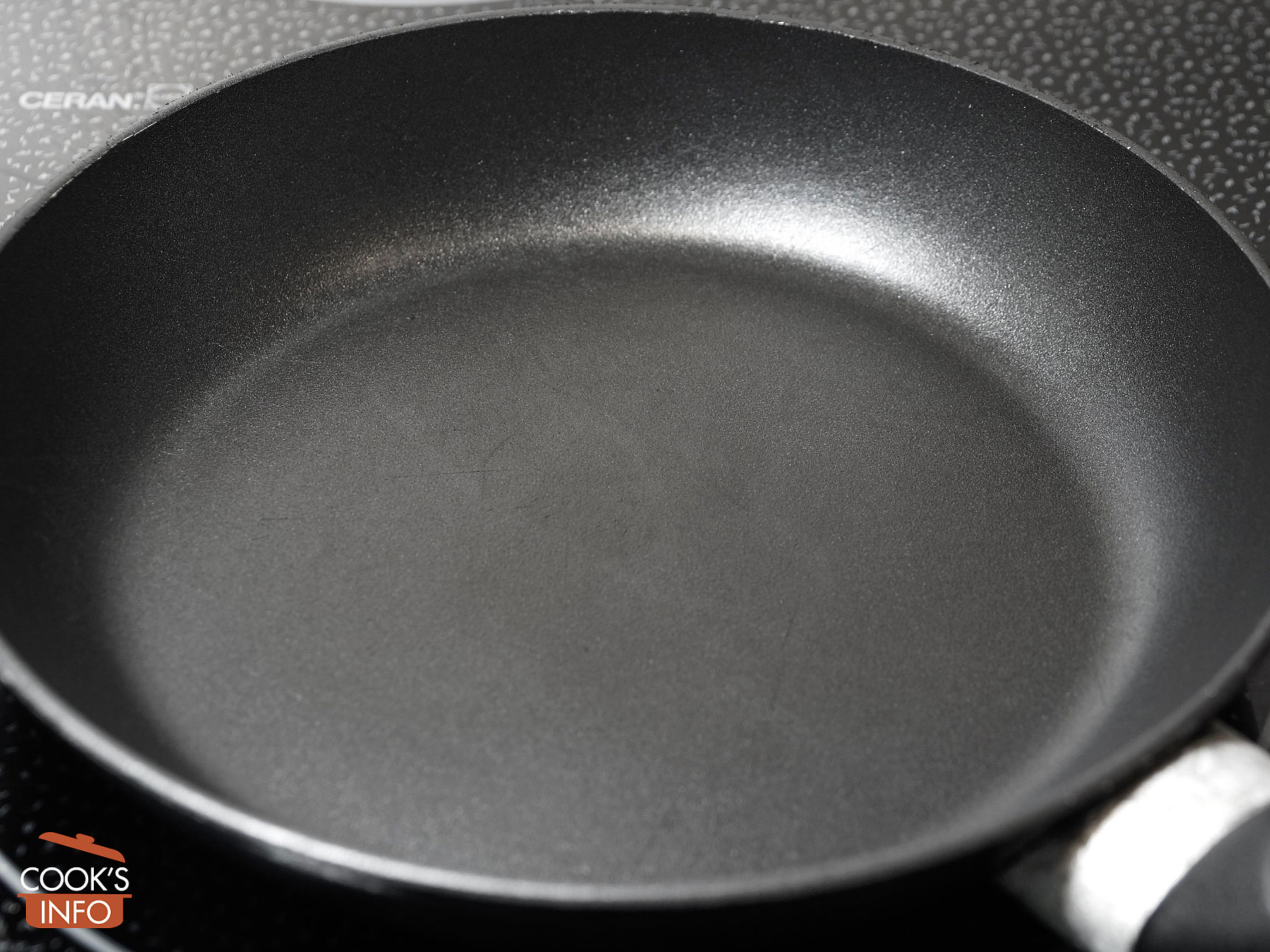 Modern variations on the nonstick theme are known by a variety of trade names, but they’re all PTFE, coupled with various schemes to make it stick better to the pan, which, as you can imagine, is no small trick.

What’s really going on when one object sticks to another? It’s pretty clear that there must be some sort of attraction between the two objects. The degree of stickiness depends on the strength of that attraction and how long it lasts. Glues are substances that are deliberately created to form strong, permanent attractions to as many substances as possible. But ordinary stickiness, like that of a lollipop to a child or an egg to a frying pan, is a much weaker attraction that can generally be overcome with a little physical encouragement.

If you can’t unstick something with a little muscle, however, you might have to resort to chemistry. Paint thinner (mineral spirits) will usually get the chewing gum off your shoe when no amount of scraping will do the trick. So we are led to the conclusion that things may stick to one another (and become unstuck from one another) for reasons that are primarily either physical or chemical.

Why does an egg tend to stick to a stainless steel or aluminum frying pan? First of all, unless it is polished like a mirror, the surface of any metal will inevitably contain microscopic crags and crevices, not to mention tiny and not-so-tiny scratches from use, that a congealing egg white can grab onto. That’s physical sticking. To minimize this kind of sticking, we use oil. It fills in the crevices and floats the egg above the crags on a thin layer of liquid. Any liquid would do, of course, but water wouldn’t last long enough in a hot pan to do much good unless you used lots of it, in which case you’d have a poached egg instead of a fried one.

The surfaces of nonstick pan coatings, on the other hand, are extremely smooth on a microscopic scale. Because they have virtually no cracks, there’s nothing there for food to grab onto. Of course, many plastics share this virtue, but PTFE also stands up well to high temperatures.

So much for physical, or mechanical, sticking. But the chemical causes of sticking can be more important. After all, molecules do have a tendency to form attractions to one another; that’s what chemistry is all about. The atoms or molecules in a frying pan surface can form certain kinds of bonds to some of the molecules in the foods. The question now becomes, what is there about the molecules of such coatings as Teflon, SilverStone, and others that makes them inherently unreactive, or inert, toward the molecules of virtually everything else? The answer lies in the uniqueness of PTFE as a chemical compound.

PTFE is a polymer, a substance consisting of large numbers of identical molecules, all strung together to form huge super-molecules. PTFE’s molecules are made up of only two kinds of atoms, carbon and fluorine, in a combination of four fluorine atoms for every two carbon atoms. Thousands of these six-atom molecules are bonded together into gigantically bigger molecules that look like long chains of carbon atoms with fluorine atoms bristling out like the spines on a giant wooly caterpillar.

Now, of all types of atoms, fluorine is the one that least wants to react with anything else once it is comfortably bonded to a carbon atom. PTFE’s bristling fluorine spines therefore effectively constitute a suit of armor, protecting the carbon atoms against being tempted to form bonds with anything else that comes along. And that includes the molecules in an egg, a pork chop, or a muffin.

More than that, PTFE won’t even let most liquids adhere to it strongly enough to wet it. (Put a few drops of water or oil on a nonstick pan and see.) If a liquid can’t wet a surface, any chemicals that may be dissolved in it, no matter how powerful, just can’t get a grip on the surface long enough to react with it. So no chemicals react with PTFE.

Have you detected a problem? Right. How do they get the PTFE to stick onto the frying pan in the first place? They use a variety of clever physical, rather than chemical, techniques to make the pan’s surface rough enough for the PTFE coating to latch onto. These roughening techniques are the major differences between brands of nonstick cookware.