Who Invented Nonstick Cookware, and When?

Sticking is a two-way street. In order for sticking to occur, there must be both a stick-er and a stickee. At least one partner must be tacky.

Quiz: Identify the sticky one in each of the following pairs: Glue and paper. Chewing gum and a shoe sole. A lollipop and a little boy. 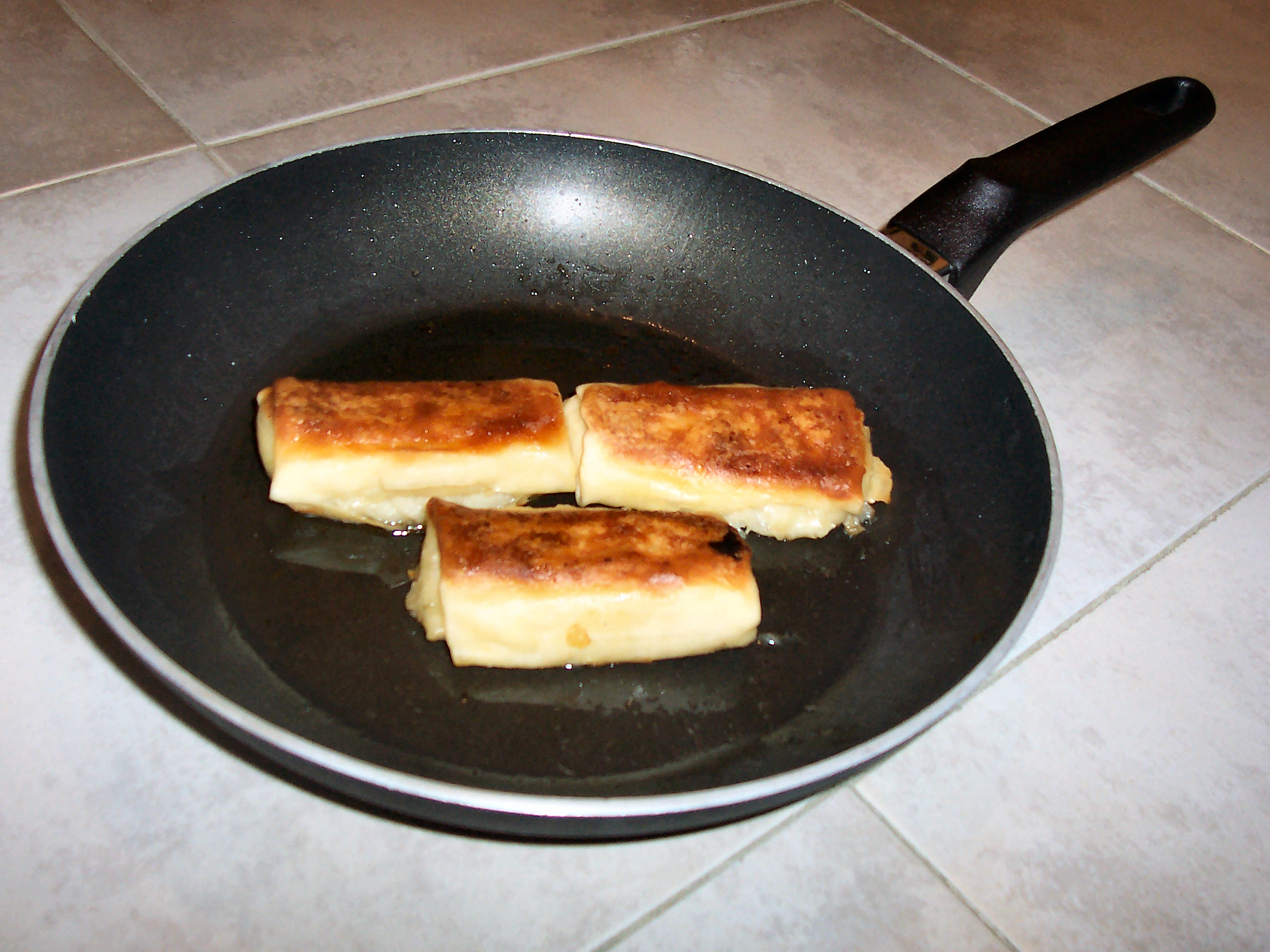 In every case, at least one of the pair must be made of molecules that enjoy latching onto others.

Glue, chewing gum, and lollipops contain notoriously fickle molecules; almost anything can be the object of their affections. Adhesives are deliberately created by chemists to form strong, permanent attachments to as many substances as possible.

But way over on the other hand, there’s PTFE, that black coating on the nonstick pan. Its molecules simply refuse to be either the sticker or the stickee, no matter what its potential partner may be. And that’s extremely unusual in the chemical world of intermolecular attractions. Even Super Glue won’t stick to PTFE.

What does PTFE have that other molecules don’t have?

This sticky question arose in 1938, when a chemist named Roy Plunkett at the E. I. DuPont de Nemours Corp. concocted a brand-new chemical that chemists call polytetrafluoroethylene, but which was fortunately nicknamed PTFE and trademarked by DuPont as Teflon.

After appearing in a variety of industrial guises, such as slippery bearings that don’t need oil, Teflon began to show up in the kitchen in the 1960s as a coating for frying pans that would clean up in a jiffy because they didn’t get dirty in the first place.

Modern variations are known by a variety of trade names, but they’re all essentially PTFE, coupled with various schemes to make it stick to the pan, which as you can imagine is no small trick.

I’m getting to that.

But first, let’s understand why an egg tends to stick to a non-nonstick pan in the first place.

Things may stick to one another (and be unstuck from one another) for reasons that are primarily either mechanical or chemical. Although there are weak attractions between protein molecules and metals, the sticking of an egg to a regular frying pan is largely mechanical; the congealing egg white grabs onto microscopic crags and crevices. Scratching your frying pans by the too vigorous use of metal spatulas makes things even worse. I use PTFE-coated spatulas, even on my metal-surfaced pans.

To minimize mechanical sticking we use cooking oil. It fills in the crevices and floats the egg above the crags on a thin layer of liquid. (Any liquid would do that, but water wouldn’t last long enough in a hot pan to do much good unless you use lots of it, in which case you’ve got yourself a poached egg instead of a fried one.)

The surfaces of nonstick pan coatings, on the other hand, are extremely smooth on a microscopic scale. Because they have virtually no cracks, there’s nothing there for food to grab on to. Of course, glass and many plastics share this virtue, but PTFE is resilient and stands up well to high temperatures.

But chemical sticking is also important. The world’s strongest stickinesses, such as in adhesives, are largely due to those molecule-to-molecule attractions I mentioned, which then require chemical warfare to break down. For example, paint thinner (mineral spirits) will get the chewing-gum residue off your shoe after mechanical scraping has failed.

In the kitchen, the atoms or molecules of a frying pan surface can form weak chemical bonds to certain food molecules. But the molecules of PTFE are unique in that they won’t form bonds to anything. Here’s why.

PTFE is a polymer, made up of only two kinds of atoms, carbon and fluorine, in a ratio of four fluorine atoms to every two carbon atoms. Thousands of these six-atom molecules are bonded together into gigantically bigger molecules that look like long carbon backbones with fluorine atoms bristling out like the spikes on a woolly caterpillar.

Now of all types of atoms, fluorine is the one that least wants to react with anything else once it has comfortably bonded with a carbon atom. PTFE’s bristling fluorine atoms therefore effectively constitute a suit of caterpillar armor, protecting the carbon atoms against bonding with any other molecules that may come along.

That’s why nothing sticks to PTFE, including the molecules in an egg, a pork chop, or a muffin. PTFE won’t even let most liquids adhere to it strongly enough to wet it. Put a few drops of water or oil on a nonstick pan and you’ll see.

Which brings us (finally) to the question of how they get the coating to stick to the frying pan in the first place. You can now guess that they use a variety of mechanical, rather than chemical, techniques to roughen up the pan’s surface so that the sprayed-on PTFE coating can get a good foothold. Dramatic improvements in those techniques have made today’s nonstick cookware vastly superior to the thin, flaky, scratchable coatings of yesteryear. Some manufacturers now even dare you to use metal implements on their pans.

There are quite a few kinds of nonstick coatings, and most of them are still based on PTFE. One example is the Whitford Corp.’s Excalibur, used on several brands of quality cookware. In this process, tiny droplets of white-hot, molten stainless steel are blasted at the surface of a stainless-steel pan. The droplets splatter and weld themselves onto the pan, leaving a jagged, toothy surface.

Several layers of PTFE-based formulations are then sprayed on, building up a thick, strong coating that is held tightly by those microscopic steel teeth. The Excalibur process works only on stainless steel, but other processes, such as DuPont’s Autograph, work on aluminum.