How Does Wind Create Waves In the Sea and What Determines the Amplitude and Frequency of Ocean Swells?

When the wind blows over a flat sea surface, small ripples form.

These probably correspond to individual strong gusts, are disorganised and have no fixed direction or frequency.

However, as the wind continues to blow, two things happen. 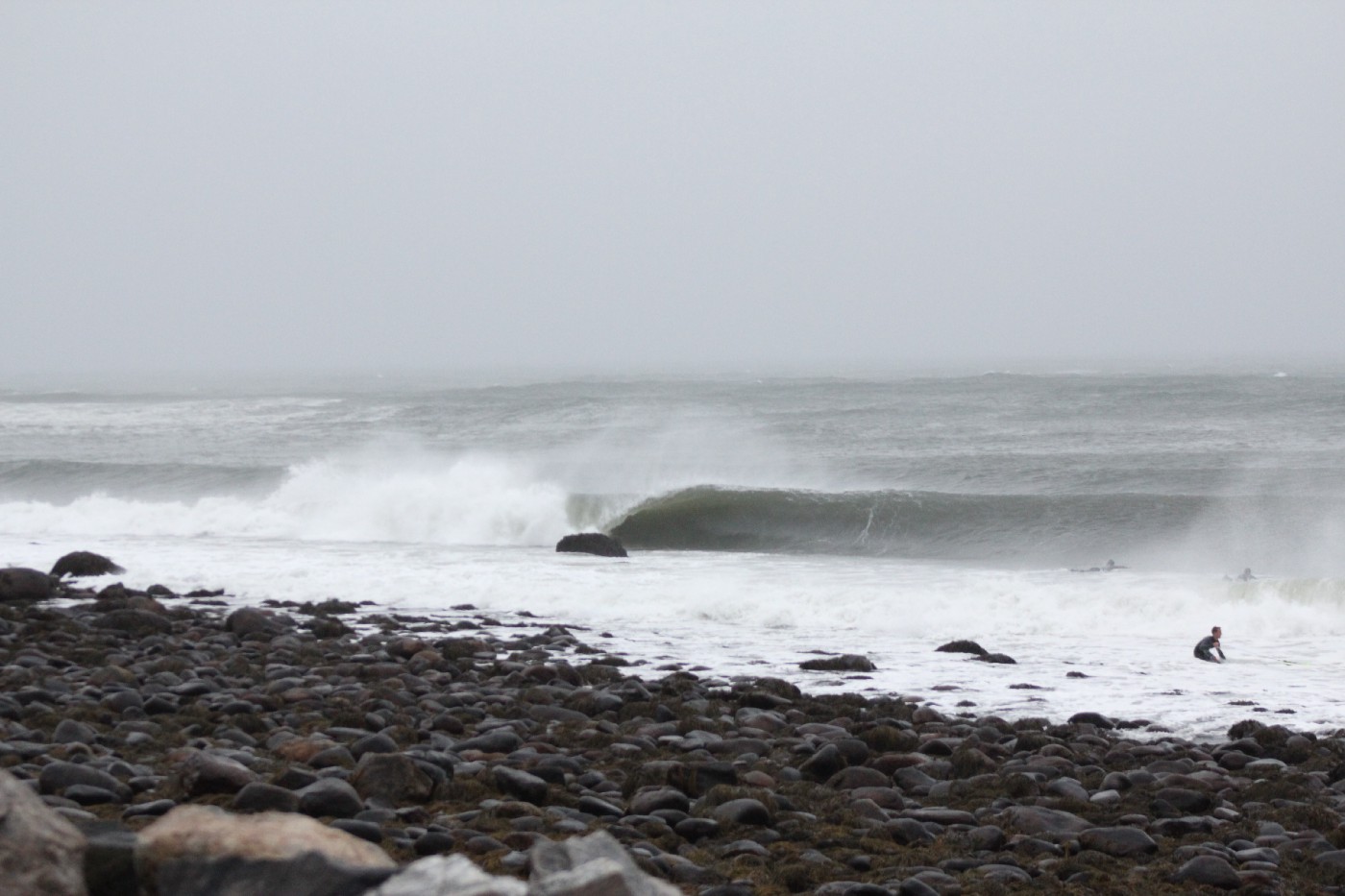 First, the waves interact with each other to produce longer waves which means lower frequency.

Secondly, the wind pushes these larger waves and puts even more energy into them. As long as the storm lasts, the wind will make the waves larger and the wave dynamics will create longer and longer waves.

Some waves will become too steep and break but, in general, the total amount of energy will keep increasing.

These locally generated waves are known as “wind-sea”. Their energy depends on how long the wind has been blowing (its duration) and over what distance (the fetch).

The waves on the sea surface are not a simple wave train but a complicated random surface.

It is impossible to give a simple amplitude and frequency for a system as complex as this. Instead, significant wave height, the mean height of the highest third of the waves, is used to describe how large the waves are, and the peak period, the time between the dominant or most energetic waves, is used as a measure of frequency.

On average, there will be a wave twice the significant wave height every three hours.

Eventually, the energy put into the sea by the wind will be balanced by the loss of energy, mainly through waves breaking. At this point, the waves will cease to grow and the sea is described as ‘fully developed’. In a wind of 20 metres per second (a Force 8 gale), a fully developed sea would have a significant wave height of 9 metres and a peak period of 15 seconds.

Waves can travel thousands of kilometres from the point of generation. Unlike light or sound waves, as sea waves become longer, and the frequency gets smaller, they also travel faster.

Waves that escape from the storm which generated them are known as “swell”.

They have a much narrower range of periods and are almost regular wave trains. Because no more energy is put into them, none is dissipated by breaking, and they continue across the ocean until they hit the land.

Because different frequencies travel at different speeds, as swell travels across the ocean it separates into its individual components. So the significant wave height and peak period of the swell are set by the wind speed, duration and fetch from the storm that generated them.

Wind energy first gives rise to a wind-sea. Waves in a wind-sea are steeper and more chaotic than swell, and are accompanied by whitecaps, the breaking crests of waves. The longer the wind blows, the longer the wavelength of the predominant waves in the wind-sea.

When the wind ceases or the wind-sea waves move out of the generating region, whitecapping continues for a time and is accompanied by a lengthening of the waves, until they are no longer steep enough to sustain whitecaps. The wind-sea then becomes swell.

Surface waves on liquids are dispersive, which means that different wavelengths travel with different velocities. The longer wavelength swell travels faster and arrives at the observer first.

With the passage of time, the swell wavelength becomes shorter as shorter, slower wavelengths arrive. Swell from a storm that formed thousands of kilometres away may persist for several days, steadily getting shorter because of its dispersion.

Dispersion acts as a filter, so only swell within a narrow bandwidth is present in one region of ocean at any time. This is why swell looks so uniform when viewed from an aircraft.

Generally, swell decreases in amplitude as it travels away from the source region because its energy is spread over an ever larger region of ocean.

However, this is not the whole story. A following wind will generate a wind-sea that can transfer some of its energy to the swell and increase the amplitude of the swell without changing its wavelength.

Likewise, an opposing wind-sea can diminish a swell.