How does Wood Smoke Cook and Flavor Food like Meat and Fish and What is a Mushikamado?

When we burn wood and, in effect, eat their smoke, we have a few observations.

The Big Green Egg is one brand of kamado, a word derived from the traditional Japanese steamed rice cooker, the mushikamado, which in Japanese means, well, steamed rice cooker. A mushikamado is a hollow, egg-shaped, fired-clay urn, used by building a wood fire in the bottom and suspending a rice cooker from the lid. The rice not only cooks from the heat but acquires an interesting smoky flavor.

In the early 1960s, an enterprising American pilot named Richard Johnson discovered the mushikarnado in Japan and decided that with a few modifications it could be used as an American backyard cooker and smoker. After more than forty years, his company, the Kamado Corp., still manufactures them in factories in Sacramento, California, and elsewhere. He owns the trademark Kamado, with a capital K, but the Big Green Egg people call their product a kamado with a lowercase k. 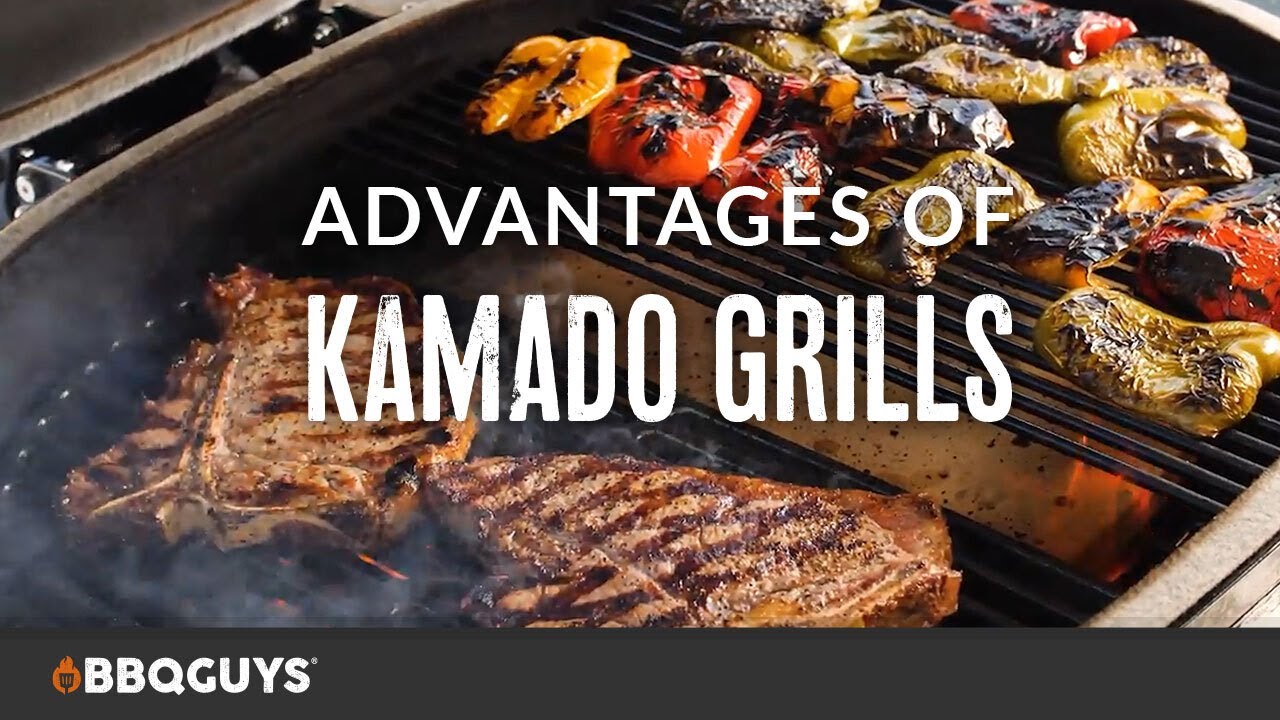 There are dozens of other kinds of smokers on the U.S. market, shaped like oil drums, rectangular iron boxes (“smoker ovens”), or you name it, anything that will collect the smoke from burning chunks or chips of hardwood inside an enclosure containing the food. Smoke fiends have been known to adapt everything from charcoal grills to old refrigerators.

Among everyone’s favorite smoked foods are trout, salmon, beef brisket, pork shoulder, turkey, and even vegetables such as potatoes and tomatoes. The temperature is maintained somewhere between 125 and 220°F (52 and 104°C) for long, slow cooking, both to tenderize tough meats (except for fish, which cooks quickly) and to give the smoke enough time to do its flavoring job. With some precautions, foods can be smoked indoors also, either in the oven or in a special range-top roasting pan designed for the purpose. (Turn off your smoke detector and monitor the process carefully. And don’t forget to rearm the smoke detector when you’re done.)

Note that we are talking here about so-called hot smoking. At 125 to 220°F (52 to 104°C), the foods are not only infused with smoke flavor but also cooked to some extent. Commercial smokehouses also employ so-called cold smoking, where the temperature of the food, such as bacon, is not allowed to exceed about 90 to 100°F (32 to 38°C). Liquid smoke is also often used.

One of the earliest cooking methods devised by humans was to hang meat over a wood fire, burning in the bottom of a pit dug into the ground. The intention was that the fire’s heat would cook the meat, but to twist an aphorism, where there’s fire there’s smoke, and the effects of the smoke were inescapable. Important among these effects, although it was not understood until modern times, is that smoke acts as a preservative by killing decay-producing microorganisms. Eventually, the smoke itself became the desired instrument, and smoking foods, most notably hams, to preserve them became a worldwide practice.

Today, we have efficient distribution of foods from producer to consumer, and long-term preservation isn’t as important as it once was. Moreover, we have refrigeration, which doesn’t kill pathogenic organisms but slows down their growth. So now we can smoke foods at home just because we like the flavor. And, yes, different hardwoods, alder, apple, cherry, hickory, maple, oak, and pecan, do impart different flavors to the food via their smoke. After all, if the woods were so chemically identical that they produced chemically identical smoke, they wouldn’t be different trees. Soft woods such as pine, fir, and spruce are unsuitable for smoking food because they contain too much sap and resin, which produce noxious, sooty smoke.

Now look at the blue flame on your gas cooktop or in your gas grill. The flame produces no smoke at all. That’s because the gas is being fed enough oxygen to burn completely. It is all transformed,  almost every molecule of it, into the invisible gaseous products carbon dioxide, carbon monoxide, and water vapor. But when wood or almost any other fuel burns, the burning reactions are rarely complete. Wood is solid, and its molecules don’t all get a chance to mix freely with the oxygen in the air. The oxygen-starved fuel can’t burn completely, and tiny particles of it, half-burned and still solid, are released into the maelstrom of flame and rise along with the gases as a black or gray cloud: smoke.

If we want the maximum amount of smoke from burning pieces of wood, then, we must partially starve it of oxygen. So we’ll soak wood chips in water for an hour or so before heating them to their smoke point, at which time they will smolder away, infusing our food with flavors that can’t be achieved in any other way.

And now for the bad news.

Along the way toward complete combustion, which, remember, wood fuel never achieves, hundreds of intermediate chemicals are formed and go up in the smoke. They include formaldehyde, formic acid, phenols, benzene, quinoline, and many other toxic chemicals, some of which are carcinogenic to boot. Among the worst actors are polycyclic aromatic hydrocarbons (PAH’s), a class that includes the arch-carcinogen benzo[a]pyrene, B[a]P. The flat molecules of B[a]P can slip between the rungs of our DNA molecules’ spiral ladder and, if you’ll pardon the technical jargon, louse them up. That can lead to cancer. The popular and uniquely flavorful mesquite is a resinous wood whose smoke has been reported to be particularly rich in PAH’s.

So what price flavor? The first time I had a steak cooked in Arizona over burning mesquite wood, I was, like, blown away, man! It was awesome! (That was for my younger readers.) I have not, however, persisted in a steady diet of mesquite-grilled steak (or any other kind of steak, for that matter), in spite of the fact that a risk is only a risk, not a certainty. But even if that steak doubled my minute risk of PAH-induced cancer, it was worth it.

On the basis of risk statistics, I ceased my daily ingestion of tobacco smoke more than twenty years ago. On the same basis, however, I see no reason to avoid an occasional hit of smoked salmon.

As Voltaire put it, “Moderation is the pleasure of the wise.”

The hundreds of chemical compounds in wood smoke come from the burning of wood’s two major structural components, lignin and cellulose. Lignin is a group of polymeric (large molecule) chemical compounds that cement the cellulose walls of the plant cells together, as mortar cements bricks. Lignin thus increases the strength, hardness, and rigidity of wood. Without it, trees would be as droopy as a rubber telephone pole.

The primary flavor chemicals in wood smoke arise from the burning of lignin; they are the phenolic compounds syringol and guaiacol and their derivatives. The burning of the wood’s cellulose, on the other hand, creates volatile compounds called cyclopentenolones, which add a sort of caramel note to the smoky flavor.