The planet Mercury is too small for its gravity to retain any significant atmosphere over an extended period of time.

However, Mercury does have a “tenuous surface-bounded exosphere” containing hydrogen, helium, oxygen, potassium, and other elements.

The hydrogen and helium that make up Mercury’s very thin atmosphere don’t actually originate on the planet. 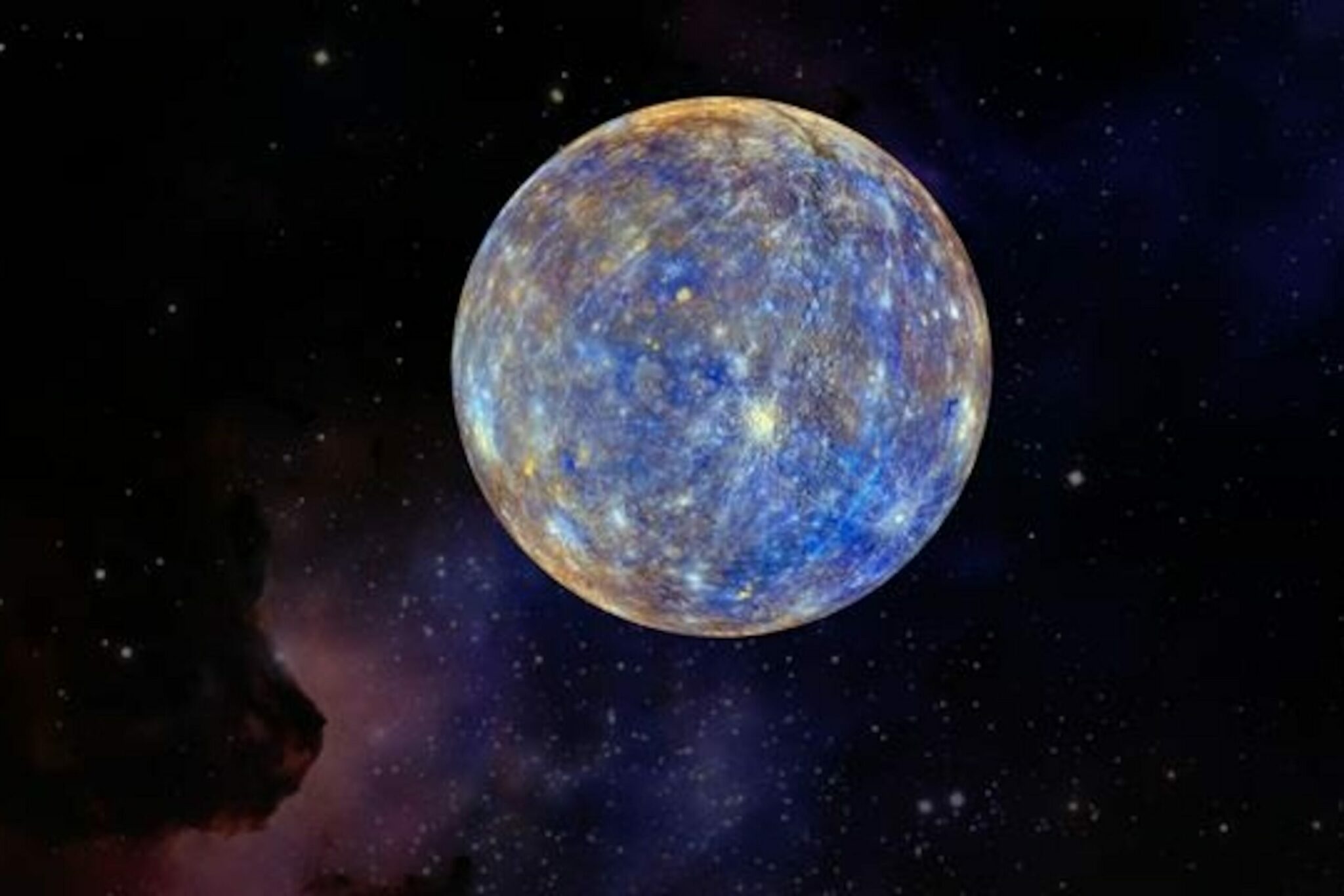 The gases are part of the passing solar wind.

The wind is merely slowed by Mercury’s gravity before traveling farther into the solar system.

Atoms are continuously lost and replenished from a variety of sources on Mercury’s atmosphere.

Mercury has an average surface temperature of about 442.5 Kelvin but it ranges from about 100 K to 700 Kelvin due to the absence of an atmosphere.