There are thousands of corn hybrids, but almost all fall into six general groups. 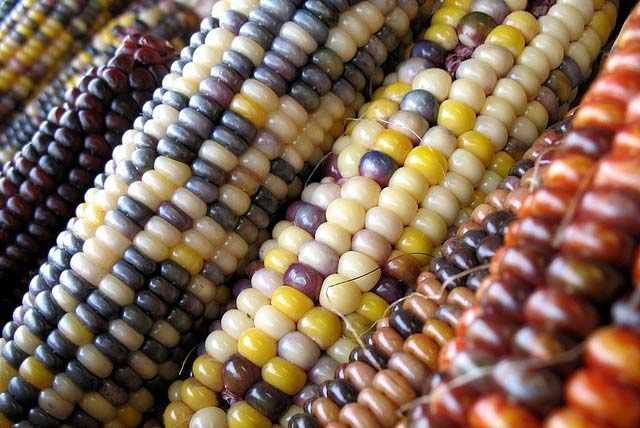 The most common variety grown in the United States is dent corn, used for chemicals and animal feed.

Sweet corn is the kind most people consume, on or off the cob; its sugar doesn’t convert to starch, so it is sweeter than most varieties.

Flint corn has more moisture and is easily grown in extreme climates. It is used in the United States as animal feed.

A subvariety of flint corn is popcorn. It has a higher moisture volume that causes it to explode when exposed to heat.

Flour corn is used primarily for cornmeal, it is easily ground because the starch is softer and less packed.