How do corn producers get corn off the cob and into the can?

When truckloads of freshly picked corn arrive at a processing plant, the ears are dumped onto a conveyor belt that transports them to a husking machine.

Rotating rollers with fluted surfaces strip the foliage and stalk from the randomly fed corn and send it on for inspection. Immature or diseased corn is removed by hand; in some plants the most perfect ears are selected to be marketed as frozen corn on the cob.

The remaining healthy ears are then sent along a conveyor belt to the cutters. Workers must stand on either side of the belt and line up the corn by hand so that it enters the machine straight on, butt end first. 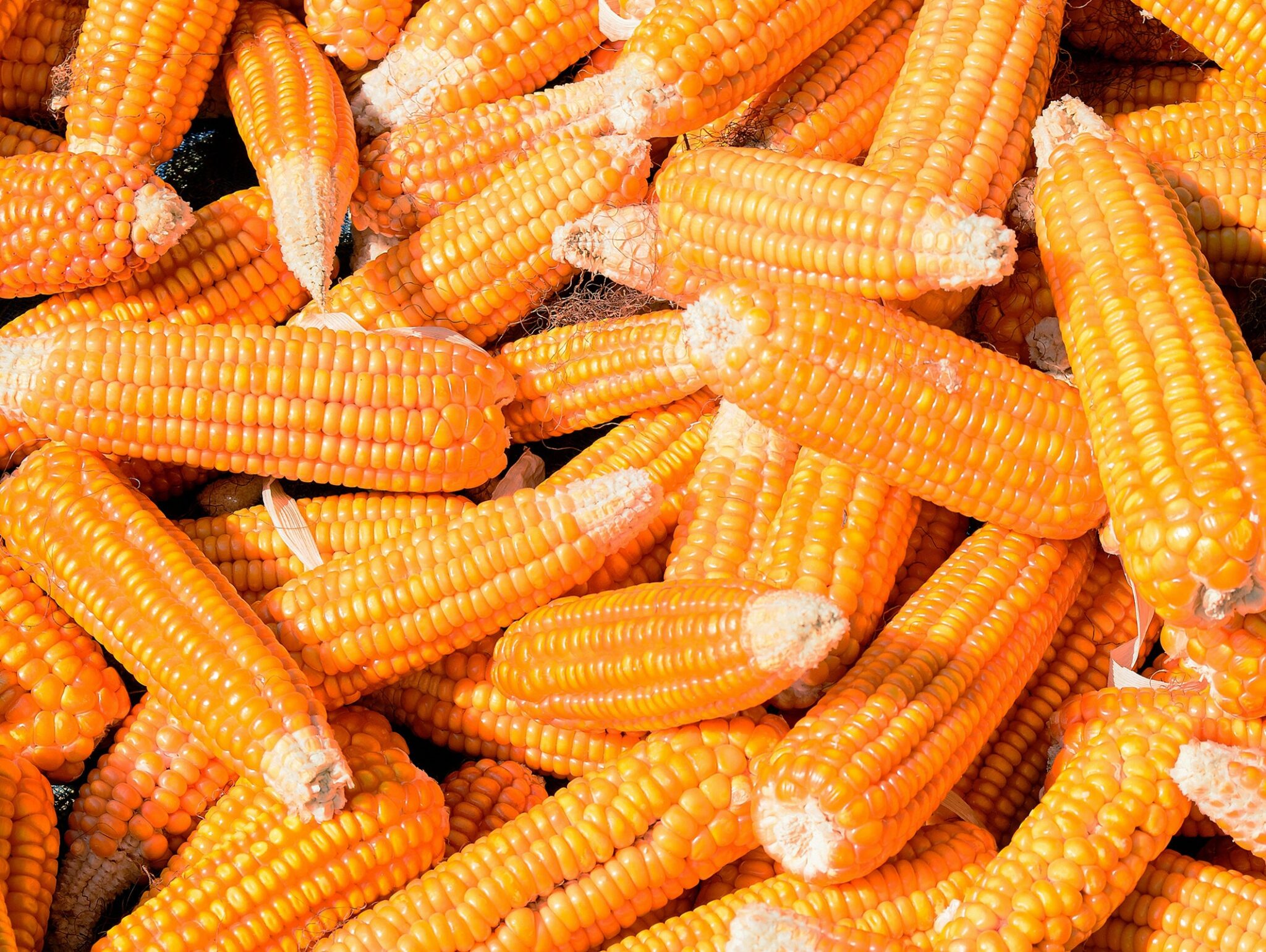 Some machines have rotating blades that remove the kernels of corn; in others the blades are stationary and the ears are simply pushed through. Small ears are accommodated by automatic adjustments in the blades, which open and close radially like the aperture on a camera. The blades on older machines were set by a spring loading device to a minimum opening, so that the ears would push them open to the necessary degree.

On newer machines, the ears pass between rollers that gauge the size of the ear, and a linkage to the blade head opens it accordingly. Corn is stripped from the cob as fast as the workers can line up the ears, which is about 100 ears per minute. The machines themselves are capable of cutting 120 to 140 ears per minute.

The completion of the packing process is surprising: the corn is vacuum canned and sealed before it is cooked.

The cans then go to a retort, or huge steam pressure cooker, where they stand while the contents cook. Some plants have a spiral running the length of the retort, which rolls the cans continuously to allow better penetration of heat and more even distribution inside the can.

Finally, rollers on a conveyor pass transport the cans from the cooker to a machine that stacks them in the “shine state”, labels may be added at the plant or later at a distribution center.