How Many People Live On Planet Earth and What Will the World’s Population Be in 2050?

On February 25, 2005, the United Nations Population Division issued revised estimates and projected that the world’s population will reach 7 billion by 2013 and swell to 9.1 billion in 2050.

Most of the growth is expected to take place in developing nations. 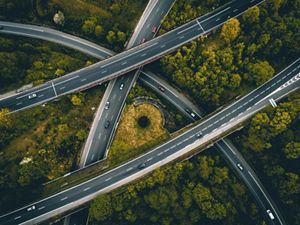 Two humans are presently in orbit around Earth on board the International Space Station.

The station crew is replaced with new personnel every six months. During the exchange there are more, and sometimes others are also traveling briefly above the atmosphere.

In total, about four hundred people have been in space as of 2004.

Most of them have reported a heightened understanding of the world’s value and importance, reverence for human life, and amazement at the Earth’s beauty not usually achieved by those living on the surface.