We also can add up the known mass of different atoms and particles in the universe. 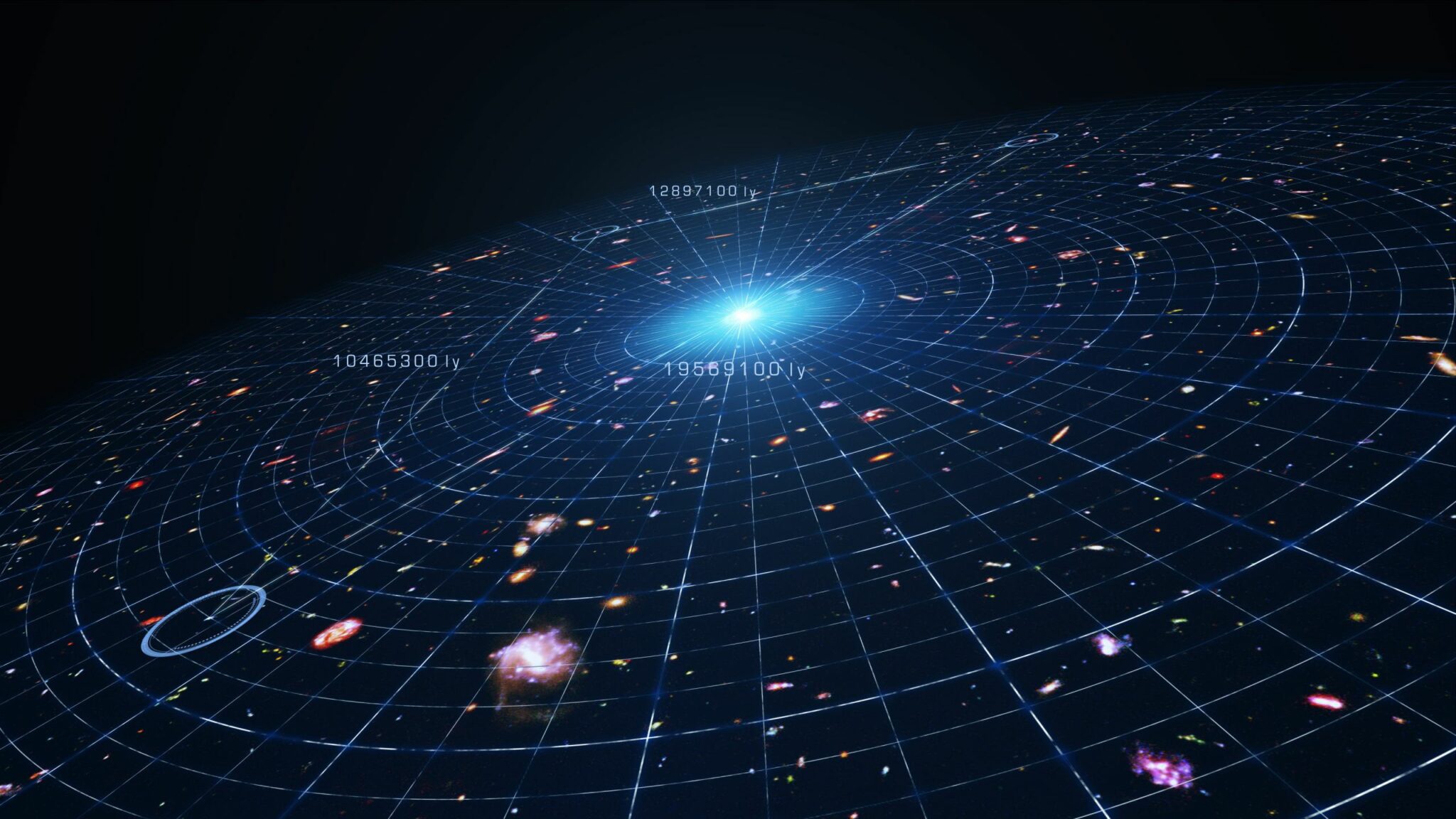 We can only account for about 6 or 7 percent of the mass we know is needed for the universe to behave the way it does.

The mass we haven’t yet found is called dark matter.