Remove the chopsticks from their paper wrapper through one end, leaving the wrapper intact.

Flatten the wrapper and then roll it up until it resembles a miniature roll of paper towels.

Hold the sticks parallel to each other, and insert the paper roll crosswise between them, about an inch or so from their top ends. 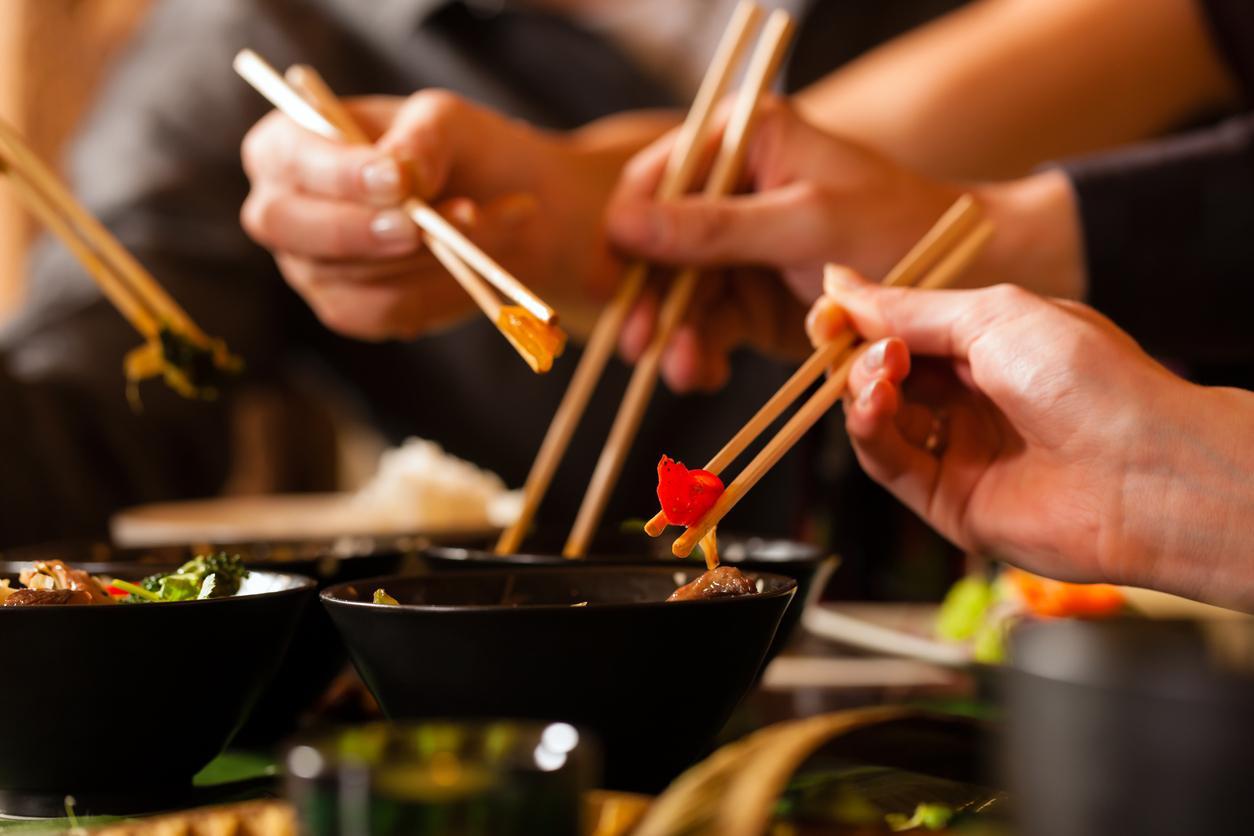 Still holding the sticks together, wrap a rubber band around and around their top ends above the paper roll.

Just before you run out of rubber band, take a turn or two around the protruding ends of the paper roll to keep it from slipping down the sticks. Now let go.

Voile (or its Chinese equivalent). You now have a pair of spring-loaded tweezers that you can hold pretty much like a pencil. Just push the sticks together with your thumb and forefinger to grab any morsel you hanker for. When the food arrives within mouth range, release the pressure and the sticks will spring open, ready for their next trip to the plate.

The next time you go to a Chinese or Japanese restaurant, take along a rubber band. You’ll really impress that snob at the next table.