Why is Chinese and Japanese Rice so Sticky and What does Basmati mean in Hindi?

Some types of rice are stickier than others. Bear with me and we’ll reveal an ancient Chinese secret, okay, a modern American one, for using chopsticks.

In recent years, several specialty rices have become popular in the United States. One is the traditional Italian arborio rice, a particularly absorptive medium-grain variety. It is rich in amylopectin starch, the branched, bushy molecules of which trap and absorb water quite readily. Arborio rice will easily absorb three times its own volume of stock or broth, making it ideal for risotto. The choice rices for paella, which needn’t be as sticky, are the medium-short, less amylopectincontaining Valencia or bomba varieties. 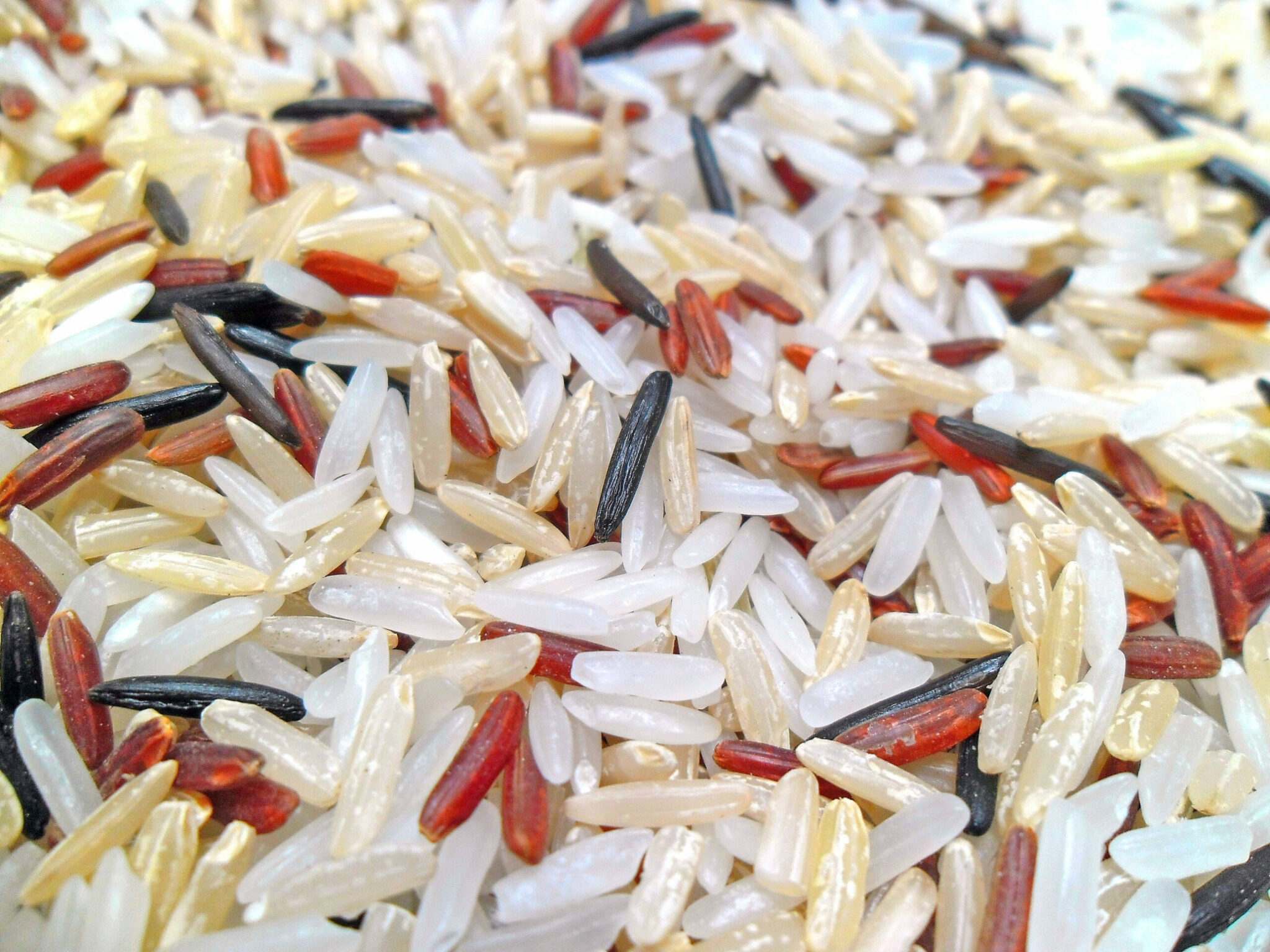 Other exotic rice strains that have caught the American fancy are jasmine and basmati rice from Thailand and India, respectively. Jasmine rice is a long-grain white rice with a fragrant aroma. Basmati rice is also aromatic (the Hindi word basmati means fragrant), with a nutty flavor and aroma. Close genetic relatives of both these Asian varieties have been appropriated by growers in the United States, however, and the word jasmine or basmati on a package can no longer be depended upon to mean the genuine, imported product. (A Texas company named RiceTec even attempted to patent the name basmati in 1997, although most of its claims were disallowed when the Indian government made waves.) In the United Kingdom, however, the term “basmati rice” may be applied only to the long-grain aromatic rice grown in India and Pakistan.

Chinese and Japanese rice is short-grained and rich in the branched molecules of amylopectin starch, which make it sticky when cooked. American long-grain rice, on the other hand, is richer in the straight-chain molecules of amylose starches that don’t trap as much water. It cooks up into fluffy, separate grains that after retrogradation are easier than the Chinese variety to resoften with moist heat.

Now to your dexterity perplexity.

While East Asians are incredibly adept in using chopsticks to pick up their sticky rice, Westerners are often bamboozled when finding themselves forkless. To most of us, chopsticks are the real Chinese torture. Bamboo slivers under the fingernails are painful, yes, but at least you don’t starve to death.

I’m one of those insufferable Western snobs who always use chopsticks in Chinese and Japanese restaurants, claiming that the food “tastes better” that way. Even more insufferably, I bring along my own pair of ivory sticks. The simple truth, however, is that I just happen to possess the manual dexterity for handling chopsticks, and I like to show off.

Well, help is at hand, so to speak, for the rest of you. Never mind those how-to-hold-your-chopsticks instructions that are printed on the place mats but which might as well be in Chinese for all the help they give. There really is an easy way to eat Chinese and Japanese food with aplomb, or even without the plum.

The secret to chopstick savoir faire is a simple little rubber band. With it, you can transform those infernal wooden shafts into a tool that can be used efficiently by even the most digitally challenged klutz.

I would love to say that I discovered this secret while traveling through the Far East several years ago, but I didn’t. On that trip I could only watch with amusement as my fellow Americans attempted more maneuvers than in Sun Tzu’s The Art of War in an effort to convey perhaps every fifth morsel of food to the general vicinity of their oral cavities.

In China and Taiwan, I observed some of my desperate companions holding the sticks about an inch from the bottom, in the mistaken belief that less leverage would make them more controllable. (It doesn’t.) In Japan, the chopsticks were often pointed, so stabbing quickly became the method of choice. And watching my fork-facile friends deal with wet noodles was more fun than SeaWorld.

I’ll never know why the rubber-band trick didn’t occur to me on that trip. I had to wait until a server in a Samurai Japanese Steak House, right here in the USA, showed me how to do it.