How was the City of Petra In Southern Jordan Carved into a mountain?

Petra means “rock” in Greek, and that’s a good name for an ancient city in southern Jordan. This city lies in a small desert valley completely surrounded by towering sandstone cliffs.

Petra was the capital of an Arab people known as Nabataens around 6th century BC and was a center of the ancient caravan trade. It was called Petra by the Greeks and Romans, but its real Arab name is still not known for sure. Petra eventually became a Roman outpost and was later a stronghold of the Crusaders.

A stronghold indeed, for the city of Petra can be entered only through a narrow opening in the cliffs barely wide enough for a few men at a time. 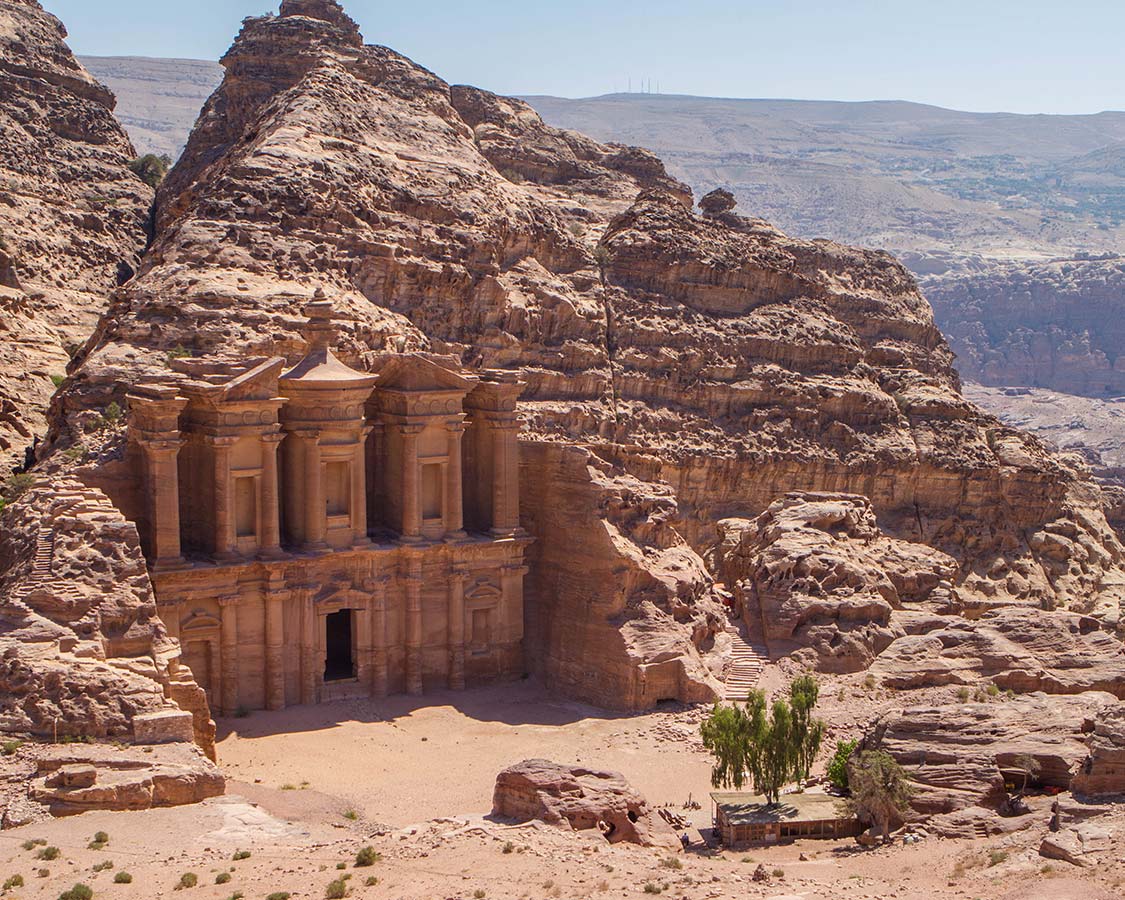 Guarded as it is by these natural walls, Petra could be easily defended by a small force against an army of any size. In fact, Petra was so well hidden in the rocks that surround it that the city wasn’t rediscovered by Europeans until 1812!

Since entrance into Petra was so difficult, building materials could not easily be brought there. So the rich caravan merchant’s who lived in the city carved their temples and tombs right out of the sides of the cliffs that surround Petra!

These pink-colored structures, hewn out of solid rock and adorned with Greek and Roman style columns, are one of the most spectacular man-made wonders on earth. Petra is also one of the new wonders of the world.