How Were Pretzels First Made?

The history of the pretzel goes back to the early part of the 7th century. Its beginnings are attributed to a monk in Southern France whose duties in a monastery included baking bread.

One day, so the story goes, the monk took strips of bread dough and shaped them into looped twists. Its design was supposed to represent a child’s arms folded at prayer.

The monk was said to have given his baked treats to children as a reward for faithful religious observance. Because of this, these twisted pieces of baked dough came to be called pretiola, a Latin word meaning “little reward.” 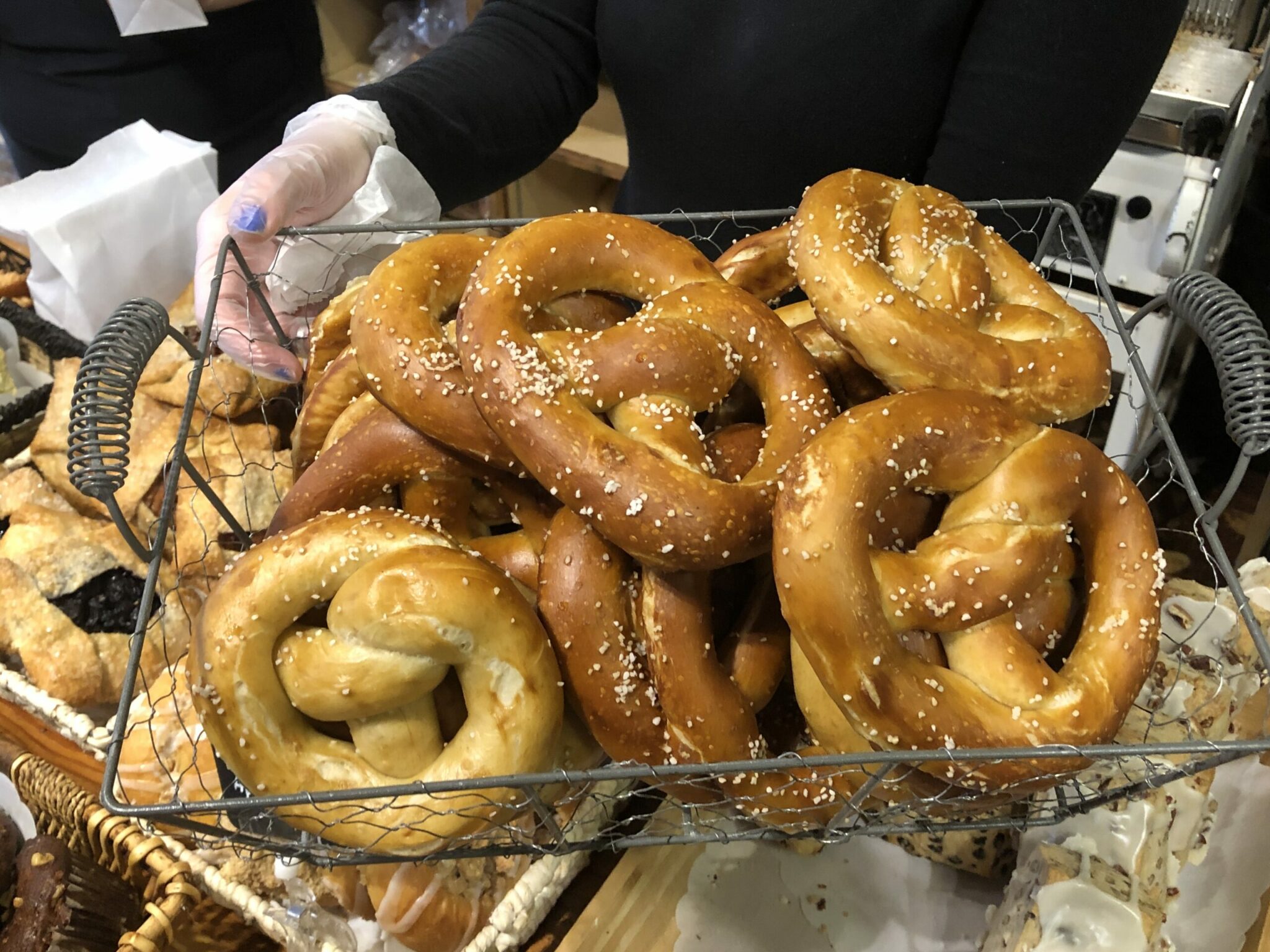 The basic shape of the pretzel has not changed down through the centuries, so it might be hard to imagine how its shape would resemble arms folded in prayer. It would seem to resemble more a child’s arms folded across his chest.

Whatever the reasons, the pretzel has come down through the centuries as one of children’s’ favorite snacks.