More craters are found in the southern hemisphere on Mars.

This makes astronomers think that the surface there is older than in the northern hemisphere.

Something happened in the north, perhaps volcanic activity or water erosion, to cause craters to disappear. 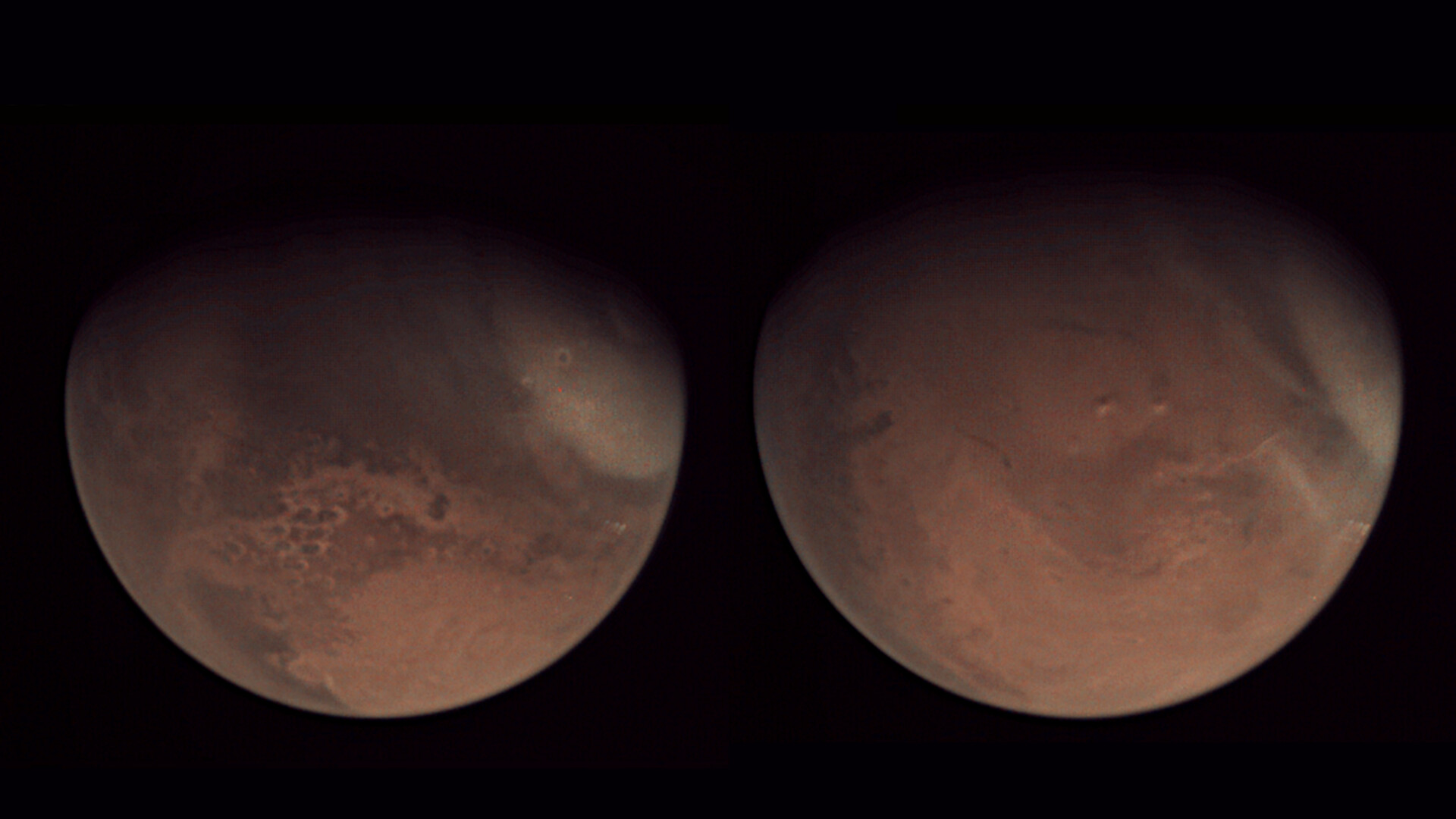 There is further evidence supporting the astronomers’ theory: the surface of the northern hemisphere is on average 2.5 miles (4 km) lower than that of the south.

Another odd feature of Mars’s terrain is a vast area called the Tharsis Bulge near the equator, which sits 6 miles (10 km) higher than the region around it.

We don’t know exactly why.