Is the Weather the Same at the North Pole and at the South Pole?

Perhaps you thought that the weather conditions at the Arctic area of the North Pole and the Antarctic area of the South Pole are pretty much alike. Most people think that, but they are wrong.

In the first place, the North Pole is mostly water, the Arctic Ocean, with just the edges of the continents of North America, Europe, and Asia touching on the ocean. The air currents rising from that great expanse of ocean keep the temperature fairly high, ranging from -30° F. in the winter to 50° in the summer. This makes it possible for plants, animals, and people (Eskimos) to survive in the Arctic.

The South Pole, on the other hand, is mostly solid land the continent of Antarctica, which is one big icecap. It is actually the coldest and most barren area on earth. In the winter, temperatures inland range from -40° to -100° below zero F., and even in the summer, temperatures are well below freezing. Here, cold, high-pressure air masses keep forming, and only simple insect and plant life can survive inland, although the Antarctic’s slightly warmer sea coast area is home to seals, whales, penguins, and some fish and birds. 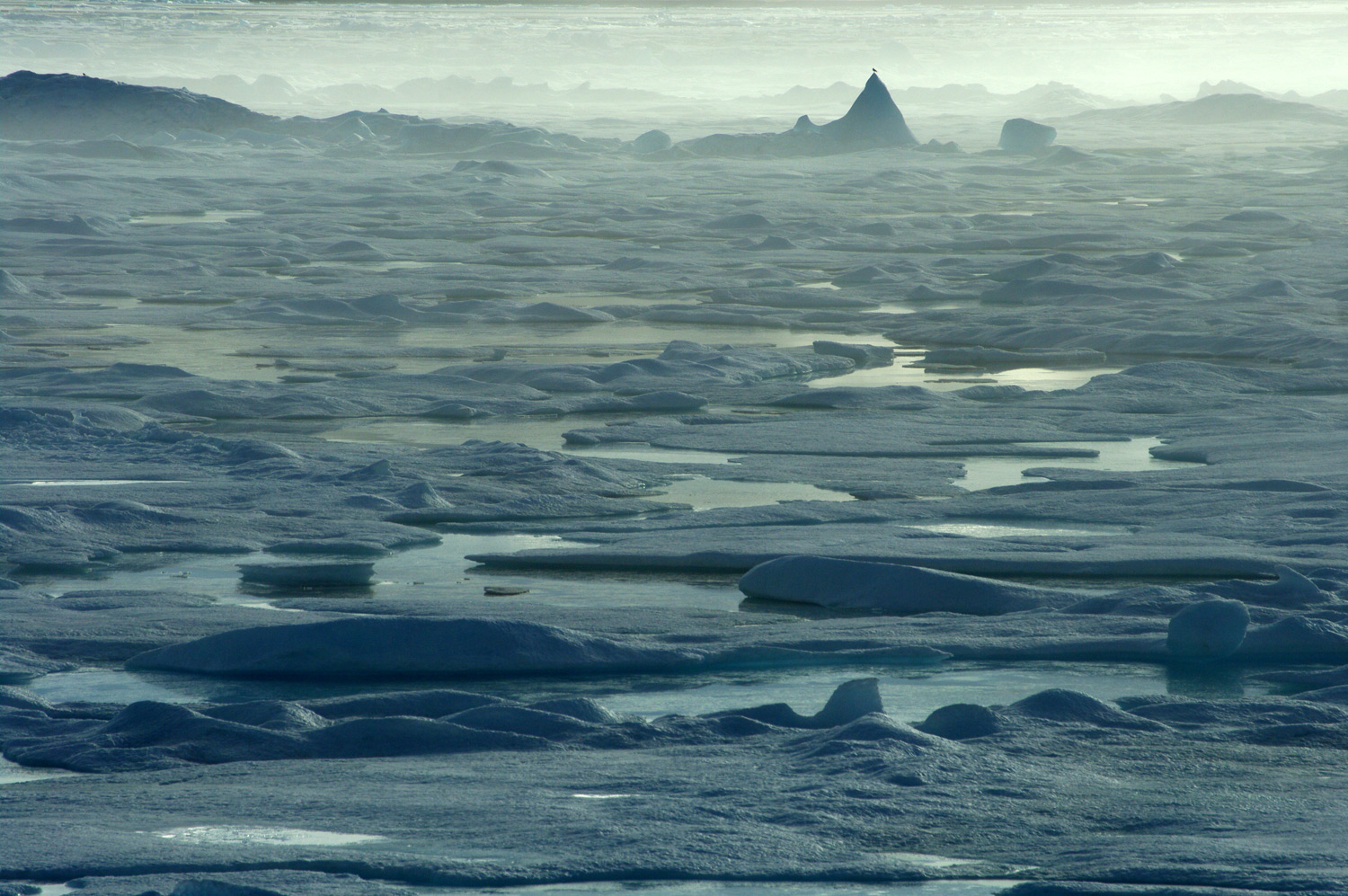 Scientists have found fossils in Antarctica to show that it was once a warm land covered with trees and plants, but they do not know how it became an icy wasteland!