It Is Possible To Stand an Egg On Its End During the Vernal Equinox?

Absolutely. And during the autumnal equinox as well. And on Tuesdays in February, and anytime during the fourth game of the World Series when the count is three and two on a left-handed batter. Get the picture?

The point, of course, is that equinoxes have nothing whatsoever to do with balancing eggs. But old superstitions never die, especially when perpetuated year after year by kooks who like to chant and perform pixie dances in the meadows on the day of the vernal equinox. You can balance an egg on end anytime you feel like it.

Take a close look at an egg. It isn’t glassy smooth, is it? It has little bumps on it. Go through a dozen and you’re sure to find several that are quite bumpy on their wide ends. 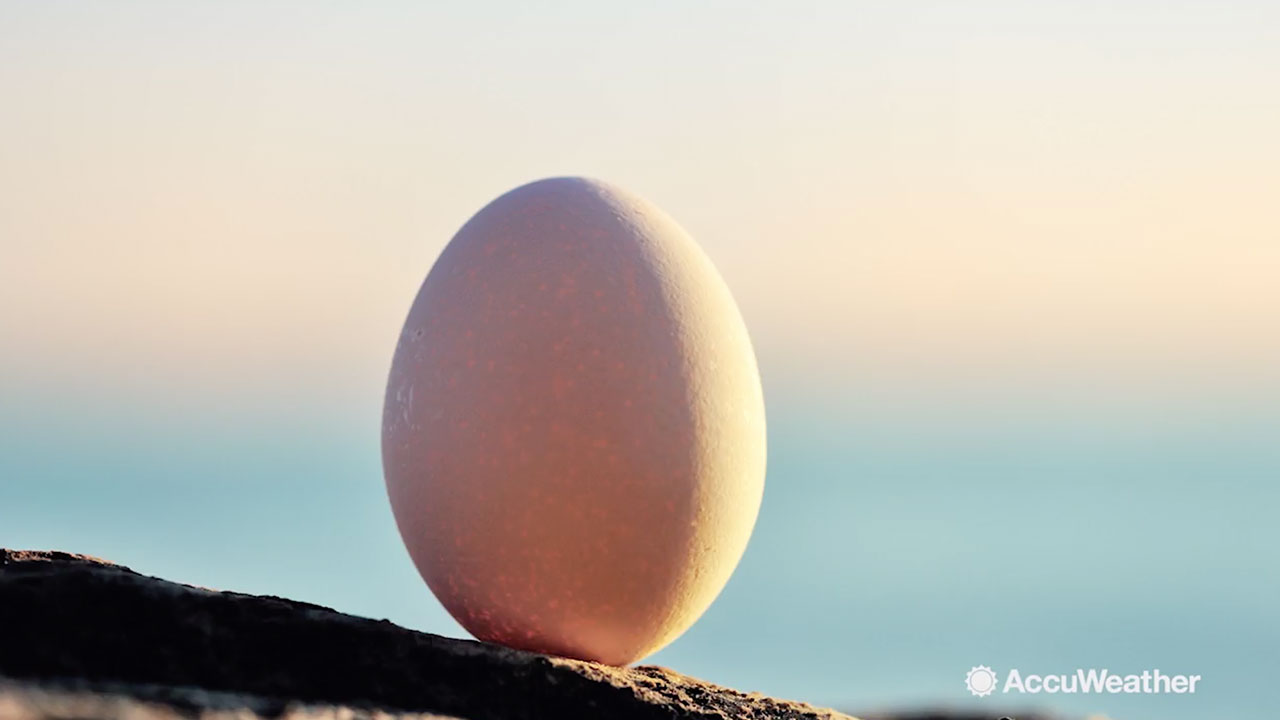 Now find a tabletop or some such surface that is relatively smooth, but not glassy smooth. With a steady hand and a bit of patience, you’ll be able to accomplish this miraculous astronomical (more appropriately, astrological) feat without any contribution from Mother Earth, except for supplying the gravity that makes the task challenging. If the balancing surface is rather rough, like a concrete sidewalk, a textured tablecloth or a low-pile rug, for example, it’s a piece of cake. An old after-dinner trick, on any day of the year, was to conceal a wedding ring under the tablecloth and, with feigned difficulty, “balance” the egg on it.

So much for the old egg game. But what is an equinox, anyway?

As the tilted Earth moves around the sun, there will be two times in the year when the two planes intersect, that is, two times when the sun, in its ecliptic plane, is also in the equatorial plane, meaning that it is directly over the equator. For half of the year, the sun is north of the equator and the northern hemisphere has spring and summer; for the other half of the year the sun is south of the equator and the southern hemisphere has spring and summer. The two “crossover” instants usually occur on March 21 and September 23. Those two instants are how we define the beginnings of spring and fall in the northern hemisphere; they are called the vernal (spring) equinox and the autumnal (autumn) equinox.

Without knowing all of this, primitive people found the equal-light-and-darkness dates to have special significance, ushering in, as they do, seasons of warmth and growth or cold and barrenness. So all sorts of superstitions grew up around these dates. You can see, though, that there is no “alignment of the planets” or any other possible gravitational effects of the equinoxes that would make eggs do anything weird. The only things that are weird are the nuts who still claim that these dates have magical powers.

Oh, yes, then there’s the matter of the solstices. They occur halfway between the equinoxes. The summer and winter solstices are the instants at which the sun gets as far north or south of the equator as it ever gets during the year. For northern hemispherians, the summer solstice falls on June 21 or 22 and the hours of daylight are longest; you might call it “maximum summer” or “midsummer.”

It has no more mystical power over eggs than the equinoxes do, although in Scandinavia, where the winters are long and dark and Midsummer Day is an excuse for great revelry, it does seem to have a mysterious effect on alcohol consumption.